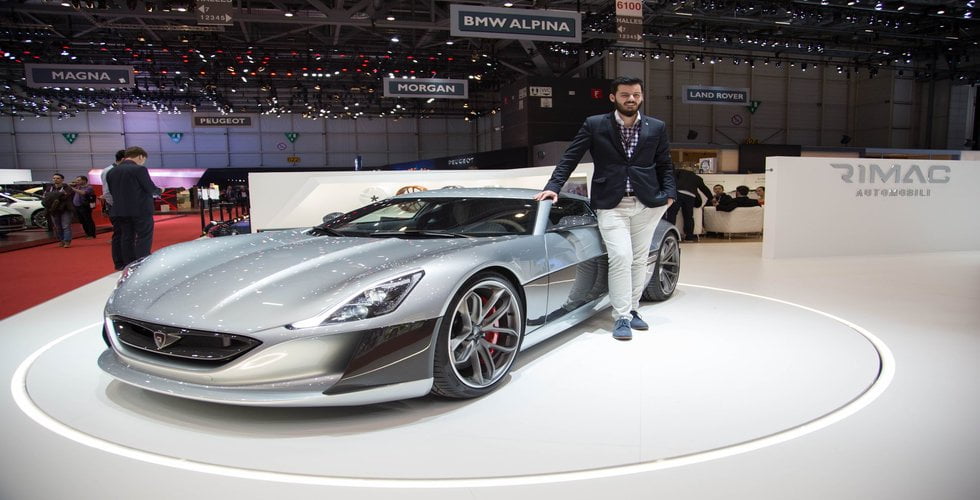 Rimac Automobili, a Croatian company which produces super high performing all-electric supercars sold 10 percent of its company’s stake to Porsche that is a part of the Volkswagen Group.

Mate Rimac, the founder of Rimac Automobili presented the C Two model to the world at the Geneva Auto show. The C Two has a top speed of 412 Kph and packs a staggering 2000 horsepower and a very impressive battery range of 650 km on a single charge, 80 percent of the battery can be recharged in 30 minutes.

Lutz Meschke, Porsche’s board member stated that  “By developing the purely electric two-seaters super sports cars, like the ‘Concept One’ or ‘C Two,’ as well as core vehicle systems…..Rimac has impressively demonstrated its credentials in the field of electromobility,” he added, “We feel that Rimac’s ideas and approaches are extremely promising, which is why we hope to enter into close collaboration with the company in the form of a ‘development partnership’.”

Neither Rimac nor Porsche disclosed the terms of the deal and we don’t know what is about to come next. Porsche could share some of its technology with Rimac and vice versa. Mr. Mate claims that the partnership is an important milestone towards his goal of becoming a component and parts supplier.

Rimac’s move shows us that it not only wants to become a hypercar manufacturer, selling cars worth more than $ 1 million but also diversify its range of products it offers, like supplying components and parts to other car manufacturers.

Rimac is a relatively young company compared to Porsche and was founded in 2009 by Mate Rimac and has over 400 employees.

CoreLogic officially announces a partnership with Elm Street Technology
“Technology is the second greatest gift of God”, as per Pinky Kekana
Comment