Most of the ovens in the market right now have many functions and symbols and someone who is using it for the first time would have some difficulty in understanding the oven symbol.

Cooking your favorite dish in the oven can be a tedious task. I have written this article to get all your doubts and confusion away. After reading this article you would not be confused about the function to choose while baking, cooking and grilling. You would not mess up your hard work and would definitely cook a great meal for your loved ones. 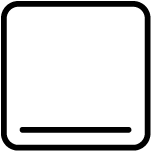 Baking is one of the most used oven symbol functions. Baking is a very tedious process and you don’t want to put your food into some other function. The symbol with the line on the bottom indicates lower heat which is used for baking. If you are cooking a cake you have would need to put your oven into this oven function.

Most of the modern ovens have the oven symbol in the above image so do not get confused. You would now be able to cook the most amazing meal for your loved ones. 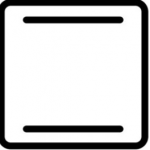 Banking and Grilling also know as Upper heat and lower heat is an oven symbol with one line on the bottom and another one on top. As the name suggests this function is used for baking a grilling at the same time. The bottom heat would cook the food and the upper heat would give it a grill from the top.

The function is mostly used at the end of the baking time to give the food a good crispy texture on the top while from the bottom it gets cooked. Make sure you keep checking with the oven light on so that you don’t burn your food. If the meal is not cooked from inside and grilled from the top switch the oven function to the baking oven symbol untile it perfectly cooked. 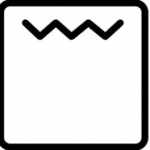 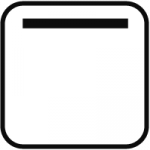 Grilling or upper heat is an oven symbol with one line on the top. The heat in the oven in emitted from the top which grills the food which gives it a nice crispy texture. Grilling is a very common feature and most of the baker use it to grill vegetables and meat.

The upper heat is also used to rise to bake the top part of the dish for example when you want to get a nice charred look on the top you would need to put it in the girl oven function.

In the oven symbol, some ovens have a wave-like or zig-zag design on the top which also indicates the grill function in the oven. 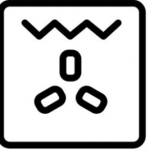 Grill and fan oven symbol is denoted with a line on the top and fan in the center. When you put on the function the fan in the oven stars which circulates the heat and the top heating comes one which grills the food inside. The grill and fan oven  function is not used regularly but if you follow the instruction of your favorite chefs then you would know when to use this oven symbol 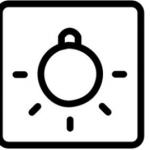 Oven light as the name suggests and most of the reader would already know what it does put on the light inside the oven so that you can watch your the food inside the oven cook while your mouth waters. 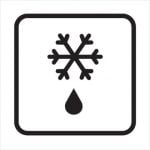 Oven defrosting is an oven symbol with a snowflake sign in the center. The oven function is used to defrost the cold food and get it to room temperature. The ice in the food melts quickly which would save you a lot of time if than keeping in the open.

The food defrosts in minutes depending on the type of food you have put in your oven.