What is an iOS Emulator

iOS Emulator is a software that allows you to install iOS apps and App Store apps on any Windows device.

By downloading iOS Emulators you can clone your Windows or Android device and download apps and software of an iOS device.

Why do I need an iOS Emulator

From an app developer’s perspective by downloading the best iOS emulators you can test out your app for free on any Windows or Android device. So you can focus on developing your app other than worrying about having an iOS device to test out your app.

A normal user has many use cases for iOS Emulators, through an iOS Emulator you can install apps and games exclusively available for iOS devices on your PC or Android device or test out the iOS platform on your PC.

However, the first crucial step would be to select the best iOS Emulator out of the several iOS Emulators or iPhone simulators available on the internet.

Why are the benefits of an iOS Emulator

There are many benefits of using an iOS Emulator, it can save you money as you will not have to buy an iOS device to use or test the iOS platform.

You can also test an app on Windows by emulating iOS and seeing if the app is functioning or has glitches. You can also troubleshoot on the go and much more by using an iOS emulator.

Below are some more additional features which make iOS emulators a must-have software in today’s time.

Using an iOS Emulator you do not need to have an iPhone to check out the iOS ecosystem simply download an iOS Emulator on your PC and check as many features and apps of iOS as you like.

If you are a developer it is very important to test out an app before submitting it to get published.You can easily test cross-platform apps on your Windows PC simply by installing an iOS emulator.

There are certain iOS emulators like iMAME that focus more towards delivering a better gaming experience. By installing such an emulator it will give you enhanced gaming experience with better graphics and will make sure that iOS games do not lag on your PC.

Most of the iOS Emulators in the list which I have compiled below are free and some of them cost no more than $99 which is peanuts compared to the price of buying a new iPhone.

Best iOS for Windows and MAC

There is a high demand for the best iOS emulators, most of them are available for free and while there are many advantages of using an iOS Emulator, it can also be used for infecting your device with malware and viruses.

Thus it is very important to thoroughly analyze any iOS Emulator before you install it, with this article my aim is to save your valuable time of going through that tedious process. Below I have mentioned the best and safest iOS Emulators available on the internet, each one of them has their unique features. Spare a few minutes and read about these iOS Emulators and chose which one works best for you.

Pro Tip: Most gamers, developers and software experts know the importance of a good VPN, it not only protects your device from viruses and malware but it also has many other benefits like blocking unnecessary ads and masking your IP address. I personally prefer using NordVPN, as it offers the best services and is also priced reasonably. Currently, NordVPN is running a 70% discount offer, click on the image below if you wish to check it out. 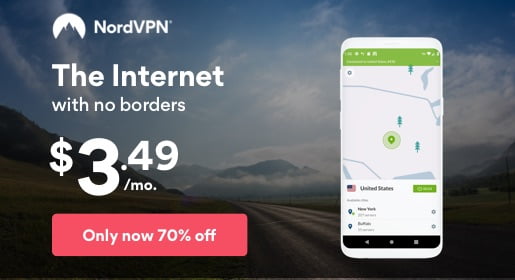 You may think that since MAC is a product of Apple so you can directly test or run iOS apps on a MacBook. However this is not true, MAC does not support iOS apps, you will need to install an iOS Emulator for MAC to run the app.

There are not many iOS emulators designed for MAC, thus with the right iOS emulator that has been specifically developed to be compliant with a MacBook’s software can ensure a smooth experience for testing and operating iOS apps on MAC.

Appetize.io is the best iOS emulator for a developer who wishes to test iOS apps on MAC.

I tested the Appetize.io emulator on a MAC. Initially, it was slow while loading, but once all its assets were loaded the iOS emulator worked very smoothly.

You can download and install Appetize.io for free on the internet.

My Review and Ratings

If you are an iOS app developer who uses MAC, Appetize.io will be your best friend. I highly recommend checking this iOS emulator.

App.io and Appetize.io are similar in many ways but App.io is the better iOS emulator amongst the two when it comes to loading time.

App.io is a paid iOS emulator that has a 7-day trial version in case you wish to check it out.

If you are a gamer or developer who uses a Mac you should definitely check out App.io.

The iOS emulator is fast-loading, works smoothly, and has all the necessary options to make it one of the best iOS gaming and app emulators for Mac.

Xamarin TestFlight was such a huge hit amongst iOS Emulators for Mac that Apple officially acquired the iOS Emulator.

One good thing that came from the acquisition is that Xamarin TestFlight literally has no bugs now, Apple has brought many improvements to the iOS Emulator.

However, now Xamarin TestFlight is a more developer focussed iOS emulator which is best to test cross-platform apps and websites on iOS ecosystem.

Overall I would have given Xamarin Testflight a three-star rating because the process to install it on a Macbook is complicated.

I would have expected it to be beneficial for gamers and developers since it is a paid emulator. However, it has no benefits for gaming on Mac.

The reason I will give Xamarin TestFlight an added .5 rating is because it is now an official product of Apple making it one of the safest iOS emulators for Mac.

There is just one answer. All you need is a good iOS Emulator which will let you run or test iOS apps on windows.

Smartface is the first choice amongst professional developers when it comes to selecting an iOS Emulator for Windows PC.

Smartface is an emulator that helps a developer test out cross-platform apps on Windows PC.

You can also run iOS apps on your PC using Smartface.

Smartface is a paid iOS Emulator priced at $99, you can use its free version if you wish to test it.

My Review and Ratings

If you are a professional iOS app developer then I would highly recommend using the premium version of SmartFace emulator.

SmartFace is the fastest and most efficient iOS emulator when it comes to testing cross-platform apps and websites.

If you are a gamer or just wish to temporarily use an iOS app on PC look for another emulator from this list.

MobiOne Studios has been discontinued by its developer but if you wish to check it out or use it download it from here.

MobiOne Studios is not a resource-hungry iOS Emulator which enables it to run on almost any device.

MobiOne Studios is one of the best gaming iOS emulators to play iOS games on Android devices.

I tested MobiOne Studios on Windows PC smartphone and Android device it worked very well on all devices.

The iOS emulator has limitations when it comes to testing cross-platform apps.

I had a smooth experience playing iOS games on Windows PC and Android using MobiOne Studios, I must say it is by far one of the best iOS emulators for Windows and Android.

iPadian is the best iOS emulator for downloading android apps and games on an iPad.

iPadian is a free iPad Emulator.

My review and Rating

I was surprised that there are not many iOS emulators that have been designed specifically for iPad.

I installed iPadian on an iPad and tested out a few cross-platform apps and games all worked very well. I was very satisfied with the functions of this iOS Emulator.

Overall I will say that iPadian is a beginner level iPad Emulator which is best for gaming.

iPhone Simulator is available for free on the internet.

I installed iPhone Simulator on a Windows PC and was able to play iOS games with ease. The graphics of each game was top notch and there was no lagging.

If you are looking to download iOS games on PC I highly recommend using iPhone Simulator.

If you search for Ripple you will be flooded with Ripple price chart, cryptocurrencies or Altcoins. This, unfortunately, has affected Ripple emulator’s credibility as it gets hidden on the second or third page of Google.

As Billionaire Elon Musk once joked, “The second page of Google is the best place to bury a dead body.”

Ripple Emulator is an expert level iOS emulator. It is free of cost.

The process to install Ripple emulator is very simplified. It is best for testing old and new cross-platform apps.

Ripple Emulator is like a diamond in the rough when it comes to top iOS Emulators.

I was truly surprised by the features of Ripple. It was fast and very convenient while testing old and new apps.

I will term it as an expert level iOS emulator best suited for iOS app developers.

Remoted iOS Simulator is simple to install it has an easy User Interface and is a lite app.

It does take much time to load and does not put load on your Windows PC.

I will term Remoted iOS Simulator as a beginner and intermediate level iOS Emulator. I installed this iOS Emulator on a Windows PC and it worked very well while testing old apps and new apps.

Using Remoted iOS Simulator you can get the experience of an iOS device on your Windows or Android device.

However, this iOS emulator is not well suited for gaming.

iMAME is a gaming focussed iOS emulator, by installing iMAME you will enjoy the best quality graphics and a smooth experience playing iOS games on Windows PC or Android device.

iMAME will not put a load on your PC’s resources and will provide high-quality graphics for gaming.

If you are looking to play iOS games on your computer iMAME is amongst the top 3 iOS emulators for gaming.

I tried to test an iOS app on a Windows PC using iMAME but I was unsuccessful.

Thus, iMAME lacks an overall iOS Emulator experience but it is very good for gaming.

Emulators have become very essential software for developers to test out their apps before submitting it for publishing.

There are many Android Emulators and iOS Emulator available on the internet, in this article I have highlighted the features and prices of the best iOS Emulators.

The above-mentioned iOS Emulators have been tested for speed, efficiency, safety, malware, and viruses.

I have also written an article about the best Android Emulators click here if you wish to check it out.