Earlier in the week, a leading sports hedge fund manager also known for his billionaire status, David Tepper was formally rewarded with the 30th franchise of Major League Soccer.

MLS believes that the move to award its 30th franchise to the famous hedge fund manager, Tepper and city of Charlotte will massively increase the league’s rapid pace of growth.

In order to secure the winning bid, the leading sports hedge fund manager, Tepper agreed to pay a record expansion fee of $325 million.

The new Charlotte franchise which is yet to be named is all set to play at Bank of America Stadium in the 2021 season.

Speaking on the announcement, in a statement, Don Garber, Commissioner of MLS said, “We are thrilled to have Charlotte as the 30th club of Major League Soccer’s 30th club.”

Garber further went on to add, “During the last two decades, Charlotte has experienced enormous energy and growth, which matches soccer’s explosive rise in popularity in the United States. We are pleased to add a leading hedge fund manager and billionaire like David Tepper, to our ownership group and look forward to working with him and his entire organization to launch Major League Soccer in the Carolinas in 2021.”

As per reports, the billionaire hedge fund manager, Tepper has announced that he would invest a massive $425 million toward the MLS franchise, which includes player salaries, coaching staff salaries and cost of the expansion fee.
Additionally, In a bid to make Bank of America Stadium suitable for pro soccer games, the mayor of Charlotte, Vi Lyles stated that he will commit $110 million in city funding toward renovations of the stadium and construction of a training facility as well.
The billionaire hedge fund manager, Tepper also gave a statement regarding the announcement as he stated, “The awarding of an expansion team for Charlotte by Major League Soccer is a proud moment and significant for Charlotte and everyone in our community.”
The leading hedge fund manager then went on to add, “I’ve made clear for a long time that I have two goals as a team owner: sustained winning on the field and making a difference in the community. These will be our goals with Charlotte’s MLS team, and the work begins today.”
In order to buy Panthers back in 2018, the top sports hedge fund manager, Tepper had paid a record $3.3 billion.
Bank of America is also home to The Panthers which is another sports team owned by the leading sports hedge fund manager.
The Charlotte franchise has already begun issuing refundable deposits for season ticket packages even though it is yet to name its team.

Notably, the timing of the announcement is quite interesting as comes just a few days after ownership groups in Sacramento and St. Louis were rewarded with expansion franchises by MLS. A fee of $200 million was reportedly paid by both groups which were set as the benchmark up until Tepper, the billionaire hedge fund manager made a $325 million winning bid. 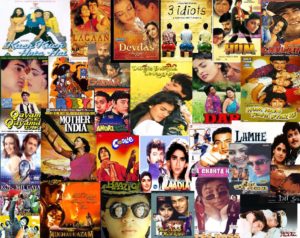