How Cryptocurrency became so popular amongst Indians

India is becoming a leader in Cryptocurrency in terms of ownership. Some global investor companies are surprised by the fact that India is on the top when we talk about investors. Nearly ten crore Indians have invested in crypto by the end of October 2021 and on the second place in the United States of America with nearly three crore crypto owners. This surge in investors mostly happens during the last two years.

Traditionally Indians are very selective when it comes to investing. They prefer gold, real estate for their investment. But after the global pandemic, lots of new-age Indians are turning their interest towards crypto. There could be so many reasons for these trends.

Crypto exchange apps like WazirX, CoinDCX, and coinswitch. Made a remarkable growth in their customer base. Most of the Indians are now tech-savvy, and this trend is mostly seen in the millennials and generation z. You can know more about bitcoin-revolutionapp.com, Wazirx, and others by visiting they’re respecting their website

When bitcoin price reached its maximum during the corona pandemic, most of the Indians saw a great opportunity to invest in this. This could be one reason for such huge crypto traders increase in India.

Most recently Indian government constructed a parliamentary committee on the issue of the legalization of Cryptocurrency, and they are now in a talk with some major crypto investors. The government showed their concern about Cryptocurrency because it is a decentralized currency, but many people believe that instead of banning it completely, the government will take a middle path and could make it legal. But some people think the government could regulate it.

Despite the fact about its uncertainty of legalization, many Indians think that it is a good and safe form for investment.

Some government officials and also some investors think that there should be taxation rules in Cryptocurrency investing. And thus, if the government legalizes it, they would definitely introduce some tax rules.

If the government rules will clear in the future, it is estimated that Indians presence in crypto trading and investing will definitely increase more.

However, digital currencies are not illegal in India, and one can trade on crypto without any problem. Indian parliament set up a committee long before 2017 for virtual currency, and this committee indicated that the government is not in the mood of banning this, but instead, the government will try to experiment with new technology like Cryptocurrency.

One investing trend is also very interesting, which is small city’s crypto investors. It is very obvious that most of the new crypto investors are from metro cities like Delhi, Mumbai, Bengaluru, Kolkata, Ahmedabad, and Chennai, but it is a surprise that a lot of investors come from tier 2 and tier 3 cities like Bhopal, Patna, Nagpur, Indore etc. This trend shows how Indians are now aware of Cryptocurrency, and the future of digital currency is very bright in India. It is estimated that in 2021 crypto trading apps in India saw a hike of registration on their app at a rate of 2000%, which shows the popularity of Cryptocurrency amongst Indians.

It is also estimated that most of these investors are very well educated and come from backgrounds like engineering, medical, accounting etc.

Most Indians are not only trading on bitcoins but also on other Cryptocurrency, and also most of them are below the age of 35.

These youngsters are very well educated and take knowledge about Cryptocurrency for the internet before investing.

A very big aspect of cryptocurrency trading is that it can be so volatile that sometimes it could give you 1000% of return on your investment, whereas normal banks only give you 5% of interest on your saved money. This aspect is picked up by youngsters of India who is attracted by its aggressiveness.

India’s population’s most part is youngsters. As we know, there is no age limit to invest in crypto. Cryptocurrency investing is also attractive to teenagers.

Most of the credits also go to the trading apps like WazirX, CoinDCX, coinswitch etc., who marketed themselves very well and also made a very good app-like platform. These apps are very user-friendly and simple, where anyone can easily register themselves and start investing in crypto immediately.

Top 11 best batmanstream alternatives that are safe for streaming 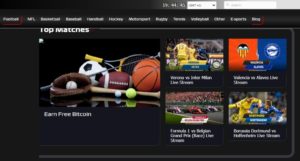