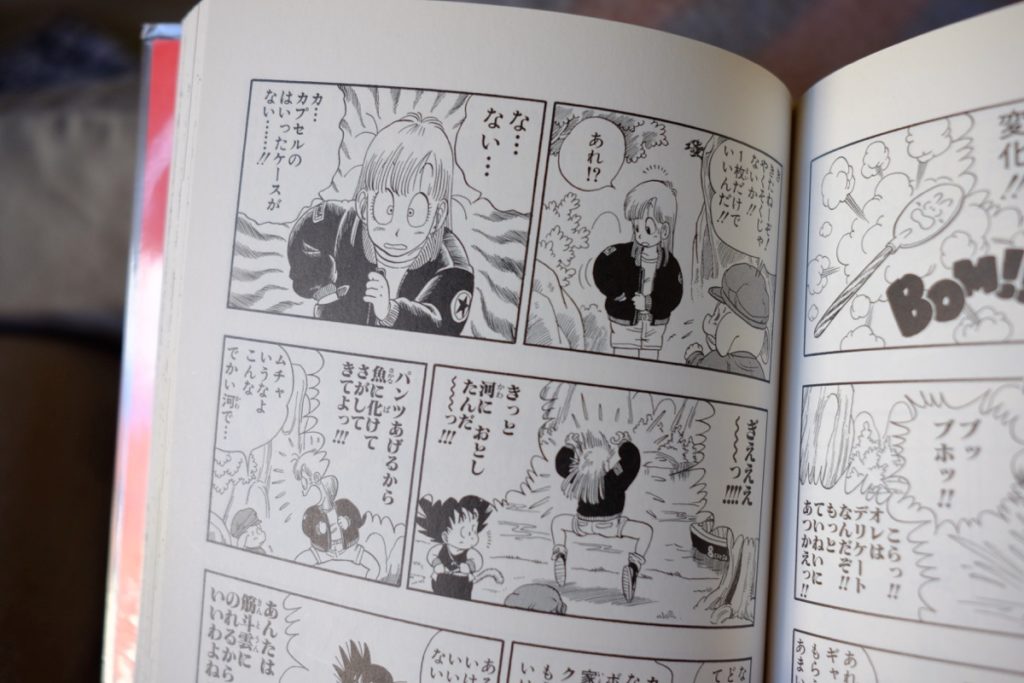 Manga is an umbrella term for a wide variety of comic books and graphic novels originally produced and published in Japan. Unlike American comic books, which are usually printed in full color, Japanese manga is almost always black and white. Full-color prints are often only used for special releases.

Japanese manga is read right-to-left rather than left-to-right, which is the norm for English language publications. This can take some getting used to if you have only ever read English publications, but you will hardly notice once you’ve practiced enough.

What is the difference between manga and anime?

Anime is yet another umbrella term for all forms of animation created and published in Japan. When most people hear the word ‘anime,’ they think of adaptations of manga series, such as Dragon Ball Z and Sailor Moon. Both television shows boosted the popularity of Japanese anime in the west when they aired on American TV during the 1990s.

If a manga series is popular enough, it might then become an anime, as was the case with both Dragon Ball and Sailor Moon. In some cases, the opposite is true; a popular original anime will be given a manga adaptation. However, the two terms are not interchangeable. .

Anime is animation. Manga is printed. That is the difference.

Primarily, there are five demographics of manga:

Shonen manga often feature lots of action and comedy, and some sort of coming-of-age camaraderie between characters.

The focus here is less on action and more on drama, emotion, and, almost always, idealized romance. Like shonen manga, shojo manga usually feature the coming-of-age story of a young protagonist. You can usually identify shojo covers by their use of pretty pinks, flowers, or other cutesy images.

Just like shonen manga, seinen manga features action and violence, but with a more serious or darker tone, as well as adult content such as sexual situations, graphic violence, or foul language. If a series does not fit into any other category such as Shonen or Shojo, then it will be put under seinen.

Josei manga often features more mature narratives exploring romantic and personal relationships, told in greater depth than their shojo counterparts—but this is not always true. For the most part, josei manga are similar to American adult romance novels in that they include sexually explicit scenes that can range from tame to borderline pornographic.

These series will often be cutesy, moralistic, and fun. Both the Pokemon manga and anime are probably the most well-known examples of a Kodomomuke series.

What are the best sites where we can read manga online? And on what devices do these sites work?

Before I dive into that topic, I want to clear up some confusion regarding reading manga online. You can’t do it for free. I’m sorry. There are no online manga readers or manga apps that allow you to do that legally. While there are some sites that let you sample a couple of series or chapters for free, there are none that let you read everything without paying something. As an alternative, I have listed ways in which you can learn about how and where to download manga.

If you also read Marvel, DC, or Image comics digitally, there’s a good chance you’re already doing so via Comixology. If so, why use another app? I’m a big fan of streamlining your digital life. Most North American manga publishers make their digital titles available on Comixology. Some North American manga publishers even use the sales of these digital-only series to determine whether they should release a print edition. Overall, I consider Comixology to be the best manga reader for existing fans of Western comics and casual manga fans who normally read their ebooks on Kindle.

● Most new books are available the same day as print issues

One Piece, Naruto, One-Punch Man, Tokyo Ghoul—some of the biggest manga titles are published by VIZ. If you find yourself gravitating mostly toward series in VIZ’s catalog, this might be the best manga reader for you. In addition to letting you buy manga, it lets you preview new releases and even offers select chapters for free.

● Shonen Jump allows you to read select chapters for free.

● If you want access to everything, you can become a member for $1.99 per month.

● There are currently twenty-two manga titles being serialized in Weekly Shōnen Jump.

● Out of them Hunter × Hunter & Burn the Witch is serialized on an irregular basis. Compatible On- ANDROID, IOS, BROWSER.

Most people know Crunchyroll as the anime streaming site. What’s lesser-known is a premium membership—which allows you to watch new anime episodes an hour after they broadcast in Japan—includes access to a decent selection of manga titles.

● You won’t find any VIZ titles, but you can find manga published by Seven Seas Entertainment, Kodansha, and Vertical.

● Some of the selections are entire volumes while others are the most recent chapters published in Japan.

● An important thing to note, however, is that once these recent chapters are collected into a volume, they’re removed from Crunchyroll, so it’s in your best interest to stay on top of your reading list.

● Crunchyroll is the best manga reader for your budget if you’re also an anime fan. Compatible On- ANDROID, IOS, BROWSER

Book Walker is a global ebook store for manga and light novels.

● The storefront splits everything into categories like new releases, simul pubs of recent serialized chapters, award-winning titles, and even series that are being adapted into anime.

● In terms of discovery, I find the separation helpful. The major downside of this site, however, is that it’s based in Tokyo, so you may be charged foreign transaction fees.

● You also must use the website to make purchases, which is awkward if you’re all about the instant buy via app like I am.

● However, there are numerous promotions and sales.

● When users make a purchase, they might receive a certain percentage back in the form of coins. These coins can then be used for future purchases.

● If you strategize just right, you can land some great deals.

● The site has its own translation and adaptation team, so it offers a decent number of exclusive titles.

● Purchasing is a little different from what we’re used to in the West, so let me walk you through it.

● You can either rent a title for 48 hours or for an unlimited period of time. You can also upgrade to unlimited from a 48-hour rental.

● To do so, you can either pay directly or buy points, which you can then apply to your rentals.

● If you find yourself using this site a lot, I recommend going the point route because not only is buying points in bulk a better value, Renta also occasionally offers discounts on point bundles.

A relative newcomer to the manga reader scene, Manga Club has an option for every budget. The site offers a variety of genres but skews toward romance manga–especially of the mature and explicit variety. While you have the option to sample chapters for free without an account, registration allows you to rent and buy manga online. Registered users received daily tickets that allow them to rent chapters for 72 hours. Depending on the series you’re interested in, you won’t have to pay anything provided you’re patient. Otherwise, you can outright purchase manga using the ever-popular coin system. If you want to read Manga Club’s mature offerings, you’ll need to buy those.

Mangamo is an ad-free mobile manga subscription service. In addition to familiar series like Fire Force.

● It familiarizes titles you can’t find anywhere else.

● The service costs $4.99 per month and is available worldwide except for in Japan, China, and Korea.

chapter-by-chapter basis, this might be the service for you.

● The creators of the Inkr platform used to run an illegal scanlation aggregator site but closed it down in late 2019.

● In its place, they launched Inkr Comics.

● The platform offers manga, webtoons, manhua, and even U.S. comics–all for $4.99 a month.

● Some series do require an additional purchase via coins. You might think this is unfair, but it’s no different than adding a premium channel to a basic cable subscription.

The official service of Japanese manga publisher Shueisha, you’ll probably recognize many titles in its catalog. That’s because Shueisha is the home of Shonen Jump and sister company to North American manga publisher VIZ Media. In addition to the Shonen Jump series, users also get first looks at titles from other manga magazines published by the company. For example, Tatsuya Endo’s Spy x Family first debuted on Manga Plus, and it’s now one of VIZ Media’s biggest hits.

● The service is 100% free, but it’s geared toward dedicated readers who follow titles as they’re serialized.

● Some manga series don’t follow this pattern, but that can change at any time. ● Prior to being licensed by VIZ, you could read the entirety of Spy x Family for free. Now, though, it follows the “first 3 and latest 3” format. As you can see, it benefits you to keep up with your manga reading.

And there you have it! Some of the best manga reader apps currently available today. Given the variety of platforms, purchasing models, and titles on offer, hopefully, there’s something for every lifestyle and budget. If you love these apps and are interested in exploring reading platforms for non-manga Asian comics, as noted, here are some places where you can read manhwa and webtoons.

What is Philo TV, its features, compatible devices, and much more