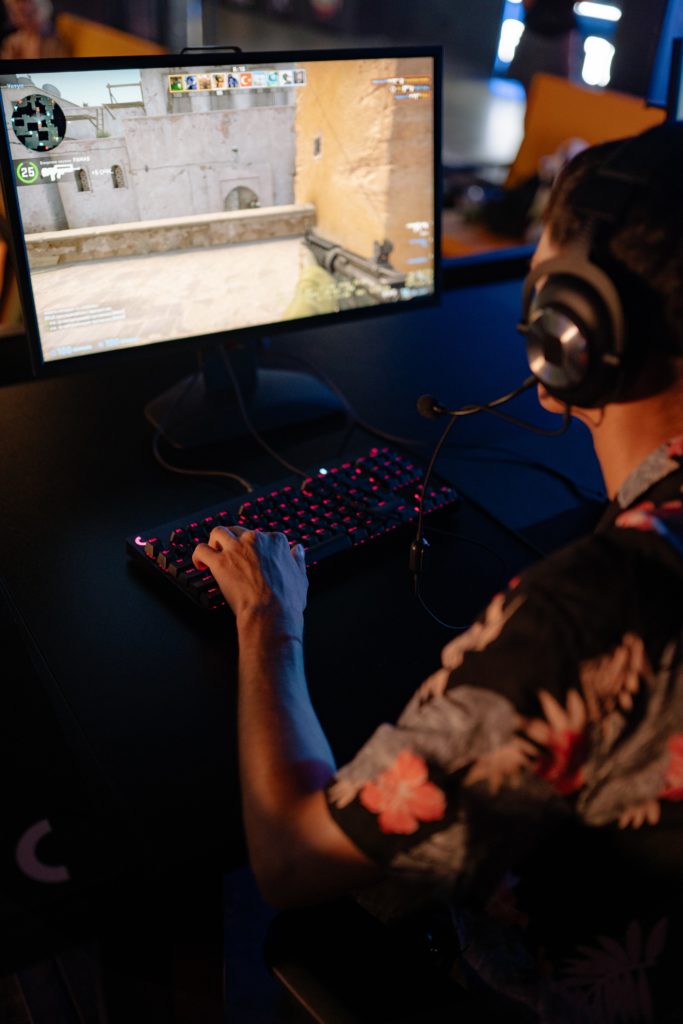 One of the best ways to experience an adrenaline rush is to find a good PC game. Literally, hundreds of video games are equipped with fascinating themes and enjoyable gameplay that will keep you on your toes in a positive way. Of course, not all of them are equally fun and attractive.

To help you get an unforgettable gaming experience, we created this list of the 4 best PC games that will spike your adrenaline. Remember that some of them might be older, but they are still worth checking.

From id Software and Bethesda Softworks comes Doom Eternal, the sixth installment of the Doom series. This sequel to Doom was released in 2020 and witnessed tremendous success. It had several award nominations and won some of them.

One of the reasons why we listed on this adrenaline list is the gory imagery that you can expect after every combat session. The game lets you shred, rip, cut, and tear your scary-looking enemies and enables you to do that relatively fast. The action doesn’t stop once you enter the main store keeping players on the edge of their seats.

The specific gameplay in which you must fight enemies to get more ammo and improve your health is what makes it interesting. So, there’s no room for avoiding opponents or stealth fighting – everything is straightforward and enjoyable. In addition to the single-player campaign which could be longer, there’s a multiplayer mode and a battle mode.

The latter is a 2v1 PvP match with several rounds where two demons controlled by players are fighting a Slayer. All in all, regardless of the mode you choose, you can expect a lot of fun.

If you are looking to rush adrenaline through your veins, you can gamble on slot games with real money at https://www.bovada.lv/casino/slots. However, if you’re looking for something less extreme, you can opt for shooting games – namely, the infamous Max Payne titles.

In this case, we have chosen Max Payne 3, the last title of the legendary series. Even though it was released in 2012, this third-person shooter is still exciting. The guys from Rockstar Games did it again.

Of course, one of the best things about Max Payne 3 is the opportunity to choose from a long list of high-powered weapons including explosives, rifles, handguns, and automatic firearms. Even with the auto-aim on, you will still feel the thrill.

It would’ve been even better if the multiplayer mode was still available, but it was discontinued in 2021. In any case, you should try the single-player mode if you fancy games with incredible action.

If you are into first-person shooters, checking out BioShock Infinite is a must. This video game by Irrational Games and 2K Games was released in 2013 and comes with one of the weirdest and most captivating stories in this type of game.

The surreal atmosphere in the airborne city of Columbia is spiced up with excellent pieces of music and of course – enjoyable gameplay. Once again, you will get many options for weapons and powers, but you can also upgrade them to experience new things.

It’s good to know that you can carry two weapons at once and that the melee attacks can be pretty deadly. Furthermore, you can use superpowers to lift and throw enemies in the air, shoot thunderbolts, or control machines or opponents.

This is one of the titles with the highest number of awards and nominations on our list. Lastly, we should warn players that this PC game is known for its graphic violence so if this is something you dislike stay away from it.

(Almost) nothing beats a good PC fighting game to feel the adrenaline in your blood. Of course, Mortal Kombat 11 is one of the best options you have when it comes to this type of release. Some might argue that there are better titles in the series, but since it’s the newest and has excellent ratings on many sites, we chose this one.

In this case, players can expect 37 playable characters, 25 of which are part of the base game and the others available via DLC. In addition to the well-known ones like Johnny Cage, Baraka, Jax Briggs, and Kung Lao, you can expect new characters: Geras, Cetrion, and Kollector.

As for the gameplay, you will find qualities, friendships, stage fatalities, brutalities, and fatalities which are some of the things found in earlier games. In addition, there are new concepts like crushing blows and fatal blows. They definitely make the gameplay more exciting. Let’s not forget that this release has fun DLCs. This downloadable content includes new stories, skin packs, and other things that make the gameplay more exciting. So, it’s no surprise why Mortal Kombat 11 is included in many top lists dedicated to the best PC games.