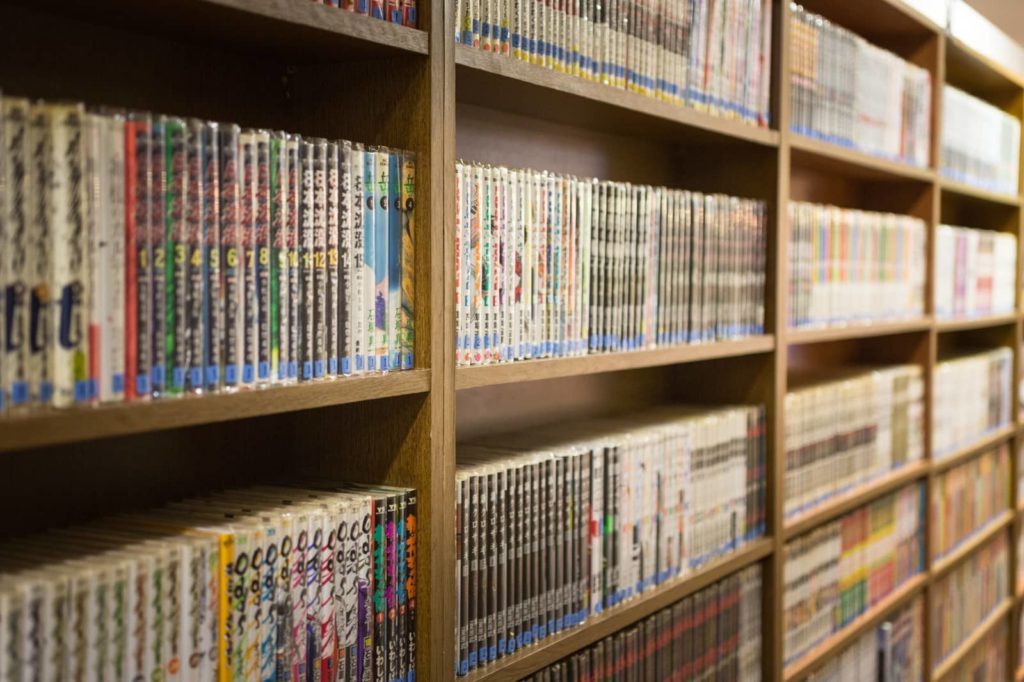 As a manga fanatic, I am looking to read manga that has a good plotline, a diverse range of characters with amazing character development, emotion, and action-packed sequences with an equal emphasis on humor and romance. These are the pre-requirements that I expect a good manga to have if I am going to invest my time in it. Luckily for me, the world of manga has to offer a diverse range of long manga that fulfills all these requirements, making a reader like me very happy.

In this article, I will be listing some of the best and most popular long manga that you can indulge in today. You will find these manga novels in any manga reader app or manga reader sites where they are available in English. If you are considerably new to the world of manga and would like to know more, you can check out our article on how to read manga panels as it will help you figure your way through manga.

So, hold tight and get ready for some of the best long manga recommendations!

What are some of the popular long manga that you can check out today?

If you are into manga and anime, this title is not new to you. But let’s face it, everyone, and I mean even those who are not too much in the manga, anime, and all that jazz has heard of this one particular manga title. After all, this is one of the best manga of all time. Penned by Masashi Kishimoto, this long manga ‘Naruto’ tells the story of the titular ninja protagonist who dreams of becoming the Hokage or village leader of Konohagakure. But He has a monster lurking within him that might make or break his dream. With the help of Kakashi Sensei, and his teammates and best friends Sasuke and Sakura, Naruto proceeds on his journey to become the greatest leader his village has ever seen.

Naruto 72 volume manga that weaves a story of friendship, love, loss, heartbreak, pain, sadness, romance, and the never-ending will to prove oneself in the face of crisis, and rise above all hardships. If you are looking to read action and emotion-packed long manga, Naruto is perfect for you. And if you wanna take it a step further, I would suggest you watch the anime as well, since it is one of those series that you need to watch before you die.

Naruto has been my favorite manga and anime since childhood and I will recommend it 100%.

One of my favorite long manga ever! In the Shonen manga demographic, Bleach is one of a kind. The manga narrates the tale of humans, soul reapers (Shinigamis), and Hollows (tortured souls who have not attained salvation) and how these three kinds of beings co-exist together. The story follows the life of Ichigo Kurosaki, a regular high school teenager trying to get through life. The only problem is that Ichigo can see the “ghosts” or souls of those who are not alive anymore. Everything changes when he comes across Rukia Kuchiki, a Shinigami send to the human world to exorcise a Hollow.

Bleach is a manga that you cannot put down once you’ve started it. Filled with action-packed sequences this long manga will surely blow your mind with every arc. The manga is quite explicit in its portrayal of violence and gore, so if you are irked off by that stuff, be warned! But this is not all there is to Bleach. The manga is full of supernatural themes and deals with the topics of loss, heartbreak, love, and other emotions quite meticulously.

The manga consists of 74 volumes and recently Kubo sensei also released a new chapter so fans are expecting a brand-new story arc. You can also check out the anime which has a new season coming up very soon too! I will recommend Bleach to everyone looking to invest in a long manga that is intriguing, fun to read, and keeps you hooked with every new chapter.

Another of my all-time favorite Shonen manga, Fullmetal Alchemist is an entire experience by itself. To be very frank, it is one of the best long manga that I have read to date. The plotline is disgustingly entrancing, to the point where my jaw just dropped thinking about how a manga can be THIS good. The character storylines and development are amazing and the arcs are super entertaining.

Fullmetal Alchemist narrates the story of brothers Edward Elrich and Alphonse Elrich trying to bring to life their dead mother with the help of alchemy. However, things go horribly wrong and the brothers’ futures seem to be doomed. The only way they can reverse their fate is by finding the Philosopher’s Stone, the ultimate goal for any alchemist. So, they set out on their hunt. They meet other alchemists along the way and also those who want to cause them harm. However, there is someone behind the scene who does not want them to fulfill their mission. Will the Elrich brothers be able to stand up against all odds and make change their destiny forever?

If you would’ve asked me what my favorite anime is even two years back, I would say it is Death Note (but then, you know…Fullmetal Alchemist and Bleach happened). This long manga is one of the best crime thrillers that I’ve read so far. The best part is that it is not just regular crime fiction. Rather, the mangakas went up a notch by introducing elements of horror and supernatural in the story.

Death Note narrates the tale of straight-A high school student Light Yagami who is sick of all the evil and injustice in the world. All he wants to do is somehow punish all the criminals who carry out such acts of atrocity. One day while zoning out during class, he notices a strange notebook drop from the sky. He picks it up and soon realizes that any person whose name is written in the notebook dies within 40 seconds. Light Yagami takes this as an opportunity to do a divine cleansing, eventually taking it upon himself to punish all the criminals to walk this earth. However, his deeds have been challenged by L, a genius anonymous detective who swears to bring Light’s misdeeds to the world.

This game of cat and mouse and the battle of geniuses have been portrayed quite impressively in the manga. As you walk through the various twists and turns in the story, you are left to figure out the answer to only one question: “Does killing all criminals make you a criminal or a God?”

This 12-volume manga will surely go down in history for its sheer brilliance and charisma. I will recommend every manga lover (and manga beginner) to definitely read this long manga at least once in their life.

Monster by celebrated mangaka Naoki Urasawa is one of its kind. This is one of the best medical thrillers that I have read to date. Monster effortlessly combines thriller and psychological elements in its story while at the same time dabbling with a deep philosophical undertone.

This long manga narrates the story of Dr. Tenma, a morally sound doctor practicing in Germany, renowned for his exceptional skills and ability to deal with any sort of biological problem. However, he is sick of the corrupted politics that go on within the medical institutions and community. One day, he decides to save the life of a twin brother and sister, the former of whom has been shot in the 1head. This changes Dr. Tenma’s fate forever. Years later, a series of serial murders plague Germany. And it seems like Dr. Tenma is somehow indirectly involved in this. Rather someone he knew is.

As the horrifying psychological game plays out, it is up to Dr. Tenma to come into terms with his sense of right and wrong and take his ultimate decision. Is saving a life really worth it? This is the question you will be left asking in the end.

This 18-volume long manga is a must-read for all thriller and mystery fans. This is one of the legendary manga that will surely keep you hooked until the last page.

If I am giving out recommendations on long manga, there is no way in hell I will miss Banana Fish. One of my favorite manga ever, Banana Fish is a package. It will make you laugh, cry and boil with anger, all at the same time (but mostly cry).

The manga follows the journey of Ash Lynx a 17-year-old gangster living in New York City, trying to uncover the truth of the mysterious Banana Fish that brought him a lot of tragedy. He also wants to seek revenge on all those who wronged him. Along his journey, he meets Eiji, a 19-year-old aspiring photographer visiting the US from Japan. He is instantly smitten by Eiji’s simplicity and lust for life. They start getting closer but where will fate take them?

A tale of love and loss, Banana Fish is an absolute gem of a manga penned by Yoshida sensei. This 19-volume manga will surely give you all the feels as you set off on a journey with Ash and Eiji through the back-alleys and underground pubs of New York City.

Probably the hottest title in the world of manga right now, Jujutsu Kaisen by Gege Akutami has surely fetched an enormous amount of attention ever since it was serialized in Weekly Shonen Jump magazine. And it deserves all the praise it’s getting. The manga narrates the story of Yuji Itadori who lives in a world where Cursed Energy from human beings gives birth to Curses, spiritual beings that want to destroy humanity. At the beginning of the manga, Itadori is a normal high-school kid trying to live his life but all these changes when he meets Jujutsu Sorcerer Megumi Ishiguro. What lies ahead for Itadori next?

This 17-volume long manga (still ongoing) is reminiscent of manga like Bleach as it combines elements of supernatural, horror, and fantasy along with hard-hitting action, violence, and gore. I am loving the manga although I do feel that the story is a little too fast-paced and a bit overly complicated. But even so, I would definitely recommend this manga to all Shonen lovers.

You can also check out the anime series (new season coming soon!) that has also become widely popular in recent times. Overall, this manga is perfect for all those who want to read something with an engrossing storyline and insane character development.

There are several other long manga that you can download and read online for free other than the ones that I have already mentioned. Manga like One Piece, My Hero Academia, Fairy Tale, JoJo’s Bizarre Adventures, Sailor Moon, etc., are extremely popular and can be enjoyed by everyone passionate about manga. Long manga is the most popular type of manga that is loved by fans of all ages. If you are willing to invest time and energy in one, I would say, go for it as it will be worth it.