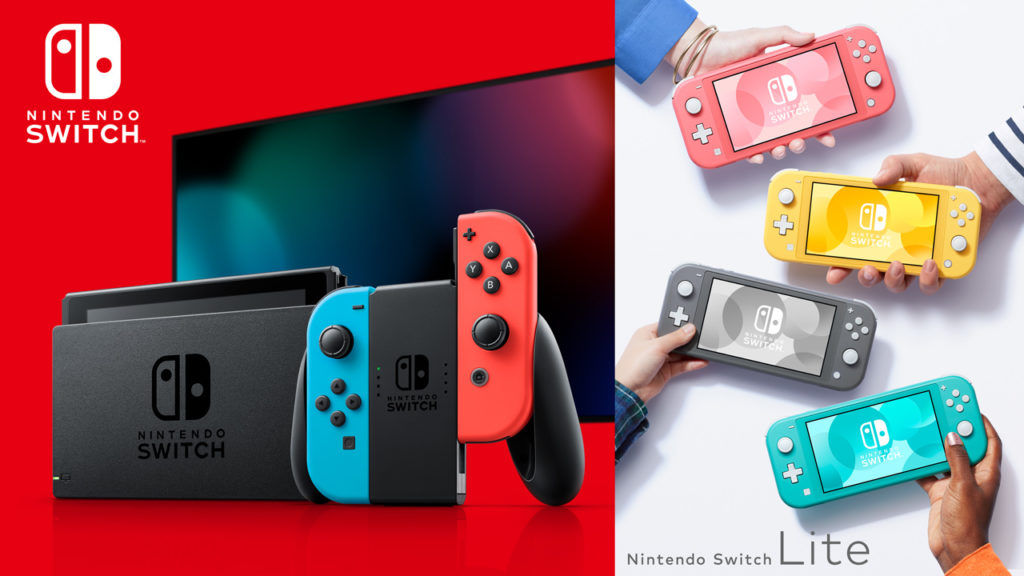 Since we have been in lockdown, people are spending more time at home and needing things to do. Once we have done all the practicalities like housework, many people turn to gaming for something to keep them occupied during the long hours. The Nintendo Switch is one of the most popular handheld consoles on the market at the moment, making it the perfect choice for moving around the house. The best Nintendo games have stood the test of time, and there are new versions available for the Switch including everybody’s favourite, Mario. So, if you are looking for some inspiration of what to play next here are some of the best Nintendo Switch games on the market at the moment.

Let’s start with the most famous Plummer and his brother Mario and Luigi. Mario Kart 8 Deluxe is available on more than one platform including the Nintendo switch and always proves to be a very popular hit. If you enjoy racing games, you will love playing this version. Battle mode features some fantastic new characters, and each character has the ability to hold on to two special items at the same time which gives even more fun and strategic decision-making to your gaming. Of course, which is perfect for multiplayer games and you don’t even need to be in the same room, which makes it suitable for lockdown. You can play online with up to four other people, or you can link up to eight consoles wirelessly to have a real battle Royale.

If racing is not your thing, but you love The Italian duo, why not check out Luigi’s Mansion 3 the last incarnation of this game was some years back now, and the gap has been frustrating because it was such a widespread release. Thankfully the wait is now over, and you can enjoy everything new that has been added to the third version. The premise being that Luigi and his friends have gone on holiday and are staying in a high-rise hotel. As you might expect this is no ordinary hotel; in fact, it’s haunted by a bunch of ghosts who kidnap all of Luigi’s pals. Time for our hero to spring into action armed with his Poltergust and suck up the ghosts to free his friends. This is a genuinely delightful game with plenty of puzzles to be solved and action to be had that will keep you occupied for many long hours when you can’t go outside.

The Legend of Zelda: Breath of the Wild

Another long-standing Nintendo favourite is the Legend of Zelda who again has been reincarnated in numerous adventures on various platforms over the years. They have yet to release a version that didn’t top the charts, and although this one was actually released in 2017, it is still one of the best Legend of Zelda offerings ever made. In this adventure, Link, the hero, needs your help as he makes his way around this amazing world. Of course, as you go, you will encounter many dangerous situations that you must get out of whether this is in the form of solving a puzzle or defeating someone in combat. One thing that most people comment on is just how fast this world has been designed to be. It is the perfect Nintendo Switch game and offers endless hours of gameplay for Zelda fans.

There really are so many amazing Nintendo games it’s hard to pick the best, but Animal Crossing is another series that has been around for over eight years now, and this is the first Nintendo Switch incarnation of the game. In New Horizons, gameplay occurs on a desert island where you must work hard to ensure that this facility can be a Premier ranking resort that brings new Islanders to this fantastic tropical paradise. The nice thing about this game is there’s no timers or clocks; you can leisurely work your way through improving the island and building and tidying as you go. It is a real delight to play, and Nintendo has worked hard to ensure that this initial Switch outing is a success.

Fortnite is another multiplatform game that has garnered an incredible following over a very short period of time. As soon as it was released, it became one of the biggest successes ever seen on any gaming console. Battle Royale is a version that’s available for the Nintendo switch and as with all of the fortnight games you have to fight battles and build your universe to ensure that you are the last man standing. It has been available since 2018 but is still consistently picked for top Nintendo switch game lists because it is so addictive. This game is also available on other platforms and using your account you can just pick up your progress on any device including an Xbox, PC, smartphone and of course your Switch. That is one reason why it is so popular, and you also get free to play gaming which doesn’t happen very often anymore making this a tremendous offering from Epic Games.

Thankfully, most online retailers are still offering contactless delivery. Hence, if you haven’t got a switch but are tempted after reading this article, there are plenty of ways to get your hands on one even in the current climate. Of course, you can also get all of the games online delivered to your door, so no need to leave your house.