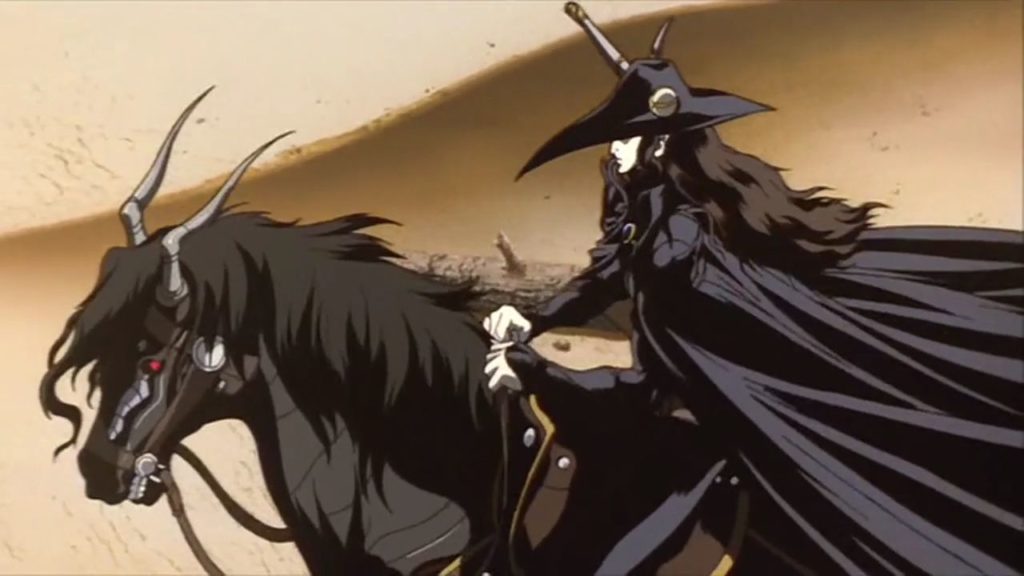 “Anime” translated to animation usually refer to the rich repertoire of animated visuals and cartoons produced exclusively in Japan. What gives “anime” its unique characteristic is the animation style, the design of the characters, and definitely the fact that they are mostly created after popular mangas or Japanese visual novels. Anime has a dedicated fanbase worldwide, with more and more people getting into it every passing day.

This is to say that a lot of countries beyond Japan have gotten inspired by the popularity and charisma of anime and have decided to come up with their own versions of “anime”. Although there is a controversy surrounding the topic of whether these animations can even be given the brand of “anime”, it doesn’t take away the fact that these cartoon shows are just as hard-hitting and engrossing as anime.

In this article we will be taking a look at some of these western anime, referring to anime made in the west or in countries other than Japan to give you an idea of what it is all about. So let’s not waste more time and jump into the spectacular world of western anime!

If you’re wondering whether Avatar is a western anime, the answer is yes. This is one of the old western anime which is set in a world where human civilization is spread across four nations, named after the four elements: the Water Tribe, the Earth Kingdom, the Fire Nation, and the Air Nomads. In each nation, there exist certain people with special powers known as “benders” who can telekinetically manipulate the signature element of their nation. The Avatar is the only person who has the ability to control all four elements.

The story features, Aang, the protagonist, and a young Avatar who fled from his home not willing to bear the burden of his new responsibilities and was forced into the ocean by a storm. The story picks up after several hundred years after teenagers of the Southern Water Tribe Katara and Sokka discover Aang from the ocean. You can check out this western anime on Netflix, where most of its episodes are available.

The Legend of Korra is a sequel to Avatar: The Last Airbender and is one of the new western anime.  Set in the same universe as Avatar: The Last Airbender, the series follows the story of Korra who is the successor and also the reincarnation of Aang, the main protagonist from the prequel. The story narrates the tale of Korra as she faces political and spiritual turmoil in a world headed towards modernization.

Legend of Korra comprises 52 episodes grouped into four seasons, each one known as a “Book”. Every season constitutes twelve to fourteen episodes and each season tells a different story unique to its own. Korra, the seventeen-year-old protagonist from the Southern Water Tribe is one of the most popular southern anime characters. You can watch all the seasons of this show on Netflix.

Castlevania is a western vampire anime that can also be categorized under American anime (insert link). The series, which was originally planned as a film was created by a production team that consisted of members who worked in the Japanese anime industry. This western anime narrates the tale of the vampire Count Vlad Dracula Tepes who declares destruction upon all the people of Wallachia after his beloved wife is burnt at the stake after being falsely convicted of practicing witchcraft. He summons a legion of demons who overrun the country, driving all the people to live lives full of fear and distrust. In order to stop the Count, monster hunter Trevor Belmont is summoned and declares war against Dracula’s forces. He is aided by the magician Sypha Belnades and Dracula’s dhampir son Alucard.

This show is based on the Japanese video game series of the same name by Konami and the first two seasons cover the 1989 entry Castlevania III: Dracula’s Curse. The characters and elements from the 2005 game of the franchise titled Castlevania: Curse of Darkness are also featured at the beginning of the second season. Similarly, Alucard’s past is drawn from Castlevania: Symphony of the Night.

This is a western anime of French-American origins and is based on the Italian comic book of the same name. The series follows the journey of five girls – Will, Irma, Taranee, Cornelia, and Hay Lin who possess special magical powers over the elements of quintessence, water, fire, earth, and air which they use to carry out their duties as the Guardians of the Veil. The show is set in the fictional city of Heatherfield and various mythical worlds which Meridian being the primary one.

The plot narrates the story of the second generation of the legendary Guardians of the Veil, who must save the planet from the evil Prince Phobos and Lord Cedric. The Prince and the Lord are looking for the tyrannical prince’s younger sister, the princess of Meridian whose whereabouts are unknown. She is also the true heir to the throne. The main protagonists are re-tasked with protecting her from the evil prince after she is revealed to be their classmate, a girl named Elyon Brown.

This is probably one of the best western anime ever created. The series follows the adventures of a group of young girls with magical powers, through their time at the Alfea College for Fairies who train to turn into fairies to fight villains. This group of girls known as the Winx is made of Bloom, the fairy of fire, Stella, the fairy of the Sun, Flora, the fairy of nature, Tecna, the fairy of technology Musa, the fairy of music and Aisha, the fairy of waves. There is also Roxy, the fairy of animals who sometimes joins these girls in their adventures branding her as the seventh unofficial member of the group.

The story begins with the main protagonist Bloom discovering her powers while trying to save Stella from a villain. After this event, Stella urges Bloom to leave her life on Earth behind and enroll herself in the Alfea College for Fairies to train herself to become a fairy. Bloom, with her newfound powers, somehow convinces her parents to let her attend Alfea. The story kicks off when she comes in close contact with other girls like herself.

This is a French-Japanese space western anime that is set in the year 2082 when Earth has been invited to compete in the Great Race of Oban. This is an intergalactic race competition where the winner is awarded “The Ultimate Prize” which supposedly grants any wish in the world. The power of this wish is so powerful that one can even wish to bring back a loved one from the dead and their wish will be fulfilled.

The story narrates the tale of Eva Wei, a student of Earth who has escaped boarding school to search for her father, Don Wei, who is the president of Wei Racing and also the best race manager in the world. After failing to prove her identity to her father who is unable to recognize her, she lands a job as a mechanic in his team under the guise of “Molly”. After a series of events, Molly finally enters the race and is determined to be with her parents once again.

This is a French western anime that narrates the story of Jeremy Belpois, an 8th grader and also a prodigy who attends boarding school at Kadic Academy. One day, he discovers a quantum supercomputer in an abandoned factory near his school and decides to activate it. He ends up in a virtual world called “Lyoko” and befriends an AI girl named Aelita trapped inside it. He also comes into contact with X.A.N.A., an evil multi-agent system within the Supercomputer that has planned to conquer and destroy the real world through a virus while also wreaking havoc in the world of Lyoko. Jeremy is determined to save Aelita and stop X.A.N.A. from destroying humanity.

The series constitutes 97 episodes and was initially aired on Cartoon Network. There is also a follow-up series known as “Code Lyoko: Evolution” that features live-action sequences of scenes from the original series, taking place in the real world instead of the 2D animation while retaining the iconic CGI for scenes that take place in Lyoko.

Although western anime does not have the typical flair of Japanese anime, they are just as good. But since these are not produced in Japan, can they even be termed as “anime”? This is quite a debatable topic. These days a lot of countries are getting inspired by Japan to produce their own anime-like cartoons and we are here for them.

Do you know of any other western anime? Let us know in the comments!