7 of the most iconic black characters in manga history 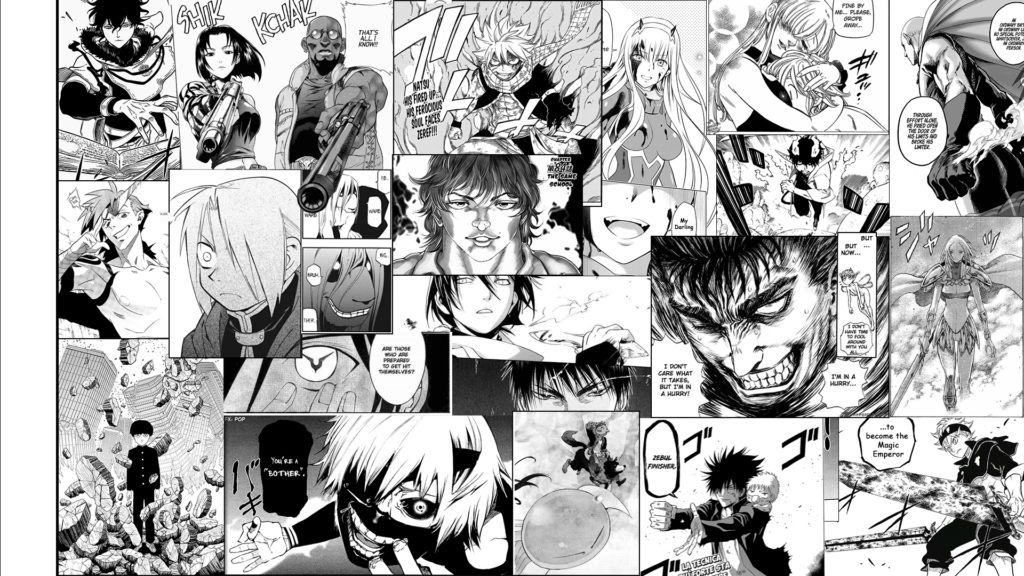 Throughout the history of manga, we have mostly seen the representation of Asian and Caucasian characters. However, this doesn’t mean that there is a lack of representation of other PoC, especially Black people. When it comes to diversity in the racial backgrounds of characters, mangakas have taken it upon themselves to represent strong and capable ones who are on par with the other characters in terms of strength, virility, and courage. Sometimes, mangakas have also made Black characters, the main lead of their manga, and I feel that speaks volumes about the sort of representation that these authors carry out in their work. And this really helps in making a conservative country like Japan more aware and tolerant of different races and people.

Yoruichi from Bleach by Tite Kubo

Yoruichi is one of the most beloved and strongest female black manga characters to ever exist. And any Bleach fan will totally agree with me on this! Yoruichi Shihoin is a part of one of the four noble families of the Soul Society, and her skills in combat are unparalleled. She is also the head of the clan, the ex-captain of the 2nd Division of Gotei 13 and the former Supreme Commander of the Onmitsukido.  She was deemed the Flash Goddess in her times for her unmatched speed and fighting prowess. Whilst in human real, Yoruichi took the form of a stray cat while interacting with Ichigo and company.

Yoruichi is one of those characters whom you could simply fall in love with. Her attitude, sense of humour and personality are extremely badass and you can’t help but feel drawn towards her.

Afro Samurai is a manga with a black protagonist. The titular hero of this story is a blood-thirsty killer who adopted his cold personality after watching his father being slaughtered in front of him. This traumatized him to the point that he lost all his emotional warmth and empathy and turned into an emotionless human being who would kill anyone on his way. However, as a child, his personality was in stark contrast to his older self. As a kid, he was jolly and frivolous, but after witnessing his loved ones getting beheaded, he turned into the person he was in the present.

He states that his only goal in life is to “move forward” and that means slaughtering anyone who tries to get in his way. He is one of the strongest black characters in manga, although he can come off as stern, serious and aloof. But you will have to agree that he is exceptionally gifted in combat and come to empathize with him and his pain and struggles.

He is one of the manga characters with African origins and is a strong and muscular black manga character. Due to his outsider status, he is deemed as “the stranger” by the other characters in Tenjho Tenge. However, this doesn’t stop him from being a talented fighter with gifted instincts and eventually winning acknowledgement and acceptance from his peers. Although Bob Makihara is African, he is shown to have blue eyes in the manga and has a Japanese surname. However, it hasn’t been made clear in the manga whether his real surname is African after all.

Bob is a member of the Juken club and seems to enjoy fighting a lot. He can tackle almost anyone in a fight and has a gifted aptitude in fighting. He has a great sense of perception and almost instantly picks it up if there is a change in the air of Todou Academy. He can also sense the presence of other characters who are stronger than him.

Killer B from Naruto Shippuden by Masashi Kishimoto

Killer B from Naruto Shippuden is a black manga character with white hair. And who doesn’t love B? He is probably one of the most well-liked side characters in the entire Naruto Shippuden series. Other than being the Jinchuriki of the Eight Tales and an exceptionally strong and skilled ninja, B is also hilarious and doesn’t take things or himself too seriously. He has a wicked sense of humour and you can sometimes find yourself bobbing your head along to B’s freestyling. His eccentricity is on par with his combat skills, ability to read the room in a fight and impeccable sense of perception.

Killer B is one of the coolest male black characters in the world of manga and we are a fan!

Another female black manga character from the world of Bleach, Tier Harribel is an Espada and ranks 3rd out of the 10 of them. And as all Bleach fans know, the rank of an Espada determines their strength and given Harribel’s rank, it is safe to assume that she is one of the strongest of the lot. Although being the strongest, her personality is in stark contrast to the other Espadas who are usually cold-hearted and possess almost no empathy for either the enemy or their subordinates. Harribel seems to be the only Espada who truly cares about her subordinates, showing distress when Mila Rose, Sung-Sung and Apacce (her side-kicks) were taken down in battle. She had also saved them numerous times in the past.

We can all agree that we all love Harribel for this sole reason. An exception fighter and swordsman, Harribel’s powers are unmatched. And she genuinely seems to have a heart (although Hollows don’t have one) and come to the aid of the ones she loves. She stands above all the rest and you just can’t help but empathize with her and end up loving her in the process.

Scar is one of the most popular manga characters of colour and is a vicious man who can always be seen brooding. He is filled with hatred against those who took away his family and destroyed his homeland, mainly the State Alchemists. He is so consumed by his rage that he even attacks Edward Elric, a state alchemist who had nothing to do with the war in Ishval. His only desire is to seek revenge against the state alchemists and he goes against many teachings of his religion in order to achieve his goal.

However, in spite of all of these, he is still compassionate towards those who want to protect their loved ones and those who have lost their place in this world. He is also protective towards his kinsmen that survived and cares about their words of encouragement. He even honours his enemies’ last wishes and lets them pray before dying. Scar may be one of the most violent characters in the series but his subtle compassionate streak shows up time and again, and by the end of the series, you’ll be left wondering whether he really is a bad man or someone who has received a lot of pain in life.

Mugen is another manga character of colour from the hit manga series, Samurai Champloo. He is described as an anti-hero and is known to be rude, vulgar, conceited and perverted. There are two things that Mugen loves the most – fighting and women. He picks petty fights with others and is known to be a massive playboy. He is also extremely competitive and a man of his own ways who hates authority. In one sequence in the manga he even tried to kill himself because someone tried to establish authority over him. So, he’d rather die than live by someone else’s rules.

In spite of this, he is willing to accept his people as his comrades and has a high level of respect for those opponents who are just as skilled in fighting. Mugen might come off as loathsome in a lot of instances but let’s face it, we all secretly admire him despite his shenanigans.

With the progress in times, more manga artists are creating alternative characters hailing from various races and identities. And these include black manga characters who have really changed the perception of how diversity is represented in manga. There are so many black mangas to read that you can check out today. Also, these mangas have exciting anime adaptations that you can watch for the thrill of it. You can check out our article on black anime characters to know more about some of the anime you can watch that have strong black characters.

What do you think of this list? Let us know in the comments!