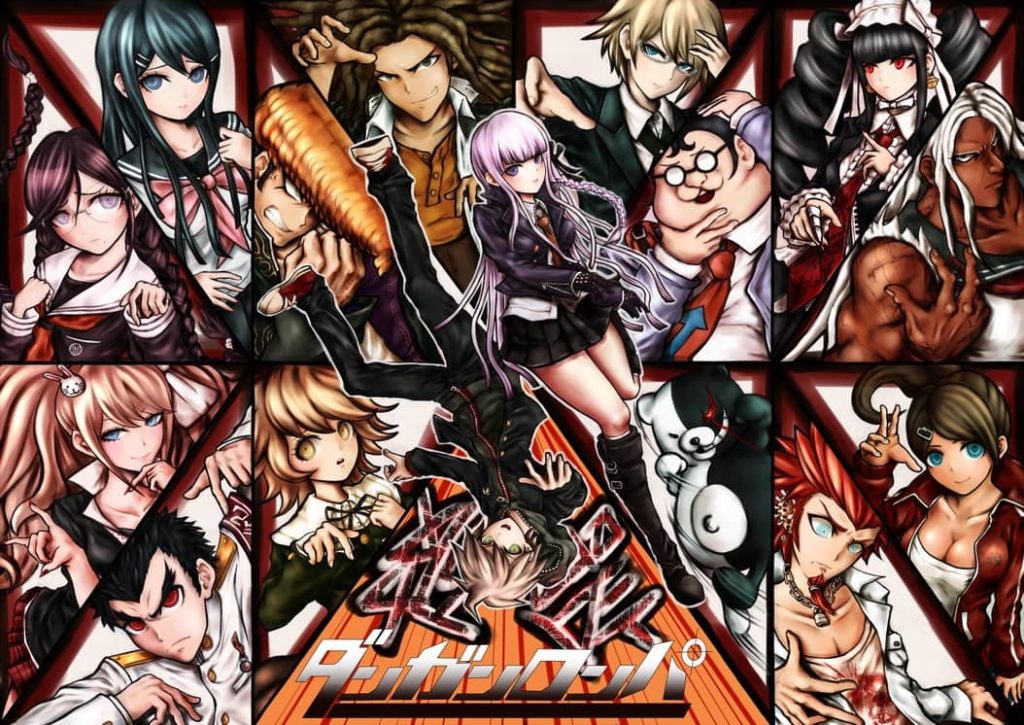 Danganronpa is an interesting Anime, to say the least, because, unlike other anime series, Danganronpa first started out as an anime based on video games for consoles such as PS Vita which were eventually moved to Android and IOS.

Danganronpa Anime comes after Video games and they are quite fun to watch. The story follows 16 students who are trapped inside Hope’s Peak Academy and are hunted by an Anthromerphic Bear that tells the students that the only way to escape the school is to murder other children.

It is a mystery horror-themed Anime and has 3 seasons of it, 1 OVA (OVA Stands for Original Video Animation), 1 Special, and 4 Games.

Most people say that you need to play the games to fully appreciate the story and that is true to some extent but Animes alone are really fun to watch and you can completely understand it without having to play the games. And plus it is refreshing to watch an Anime that is short and crisp.

How to watch Danganropa in the correct order

The story follows 15 students who are trapped inside Hope’s Peak Academy and are hunted by a Robotic Bear that tells the students that the only way to escape the school is to murder other children.

Review on Danganronpa: The Animation

Danganronpa: The Animation is pretty damn good. The show isn’t gory but it is dark and scary and would take you along in guessing who’s guilty in charge. The show isn’t obvious either.

It has some great animation and suspense and is a must-see.

Rating on  Danganronpa: The Animation

Danganronpa: The Animation has a rating of 7.2/10 on MyAnimeList and we give it a rating of 4/5 stars.

Danganronpa 3: Future Arc tells the story of  Kyoko Kirigiri, Makoto Naegi, Aoi Asahina, and the twelve other members of the Future Foundation drawn back into one last killing game.

It was released simultaneously with the Despair Arc and this was done on purpose so that the viewers get to know the series completely.

Future Arc is definitely worth your time as it brings in new characters, an in-depth plotline, and even more suspense.

Despair Arc has a lot of loose ends to tie up and it does that in a clean way that keeps you entertained and curious for what’s to come and wraps up the future arc in a great way.

Who is the traitor, who dies at the end and so many more questions? Danganronpa 3: Hope Arc is a special that concludes both the Anime and the storyline of Hope Peak’s Academy. It was released after the two arcs were completed and shown.

Danganronpa Nagito Komaeda Sekai no Hakaimon takes place before Danganronpa 3 and tells the story of Nagito Komaeda after facing a life-altering program who is now traumatized and has made a peaceful world for himself to cope up with the trauma.

It is all going well when until “The Destroyer Of The World” makes an appearance.

Danganronpa Nagito Komaeda Sekai no Hakaimon is an off chute and tells the story of Nagito Komaeda, who some believed to be their favorite character in the series. So it was nice to see him as a Protagonist and lead his story and understand his perception.

Danganronpa is a fun limited series to watch that has some great characters, plotlines, and falls in the genre of Suspense and Thriller which frankly speaking I am a sucker for.

The Animation is also crisp for the most part in the series and you are left on the edge of your seat for the majority of the series.

It is honestly quite refreshing to see an Anime that has a beginning, middle, and an end whereas some animes tend to continue the storyline and drag it to its extreme length where most episodes end up feeling like fillers.