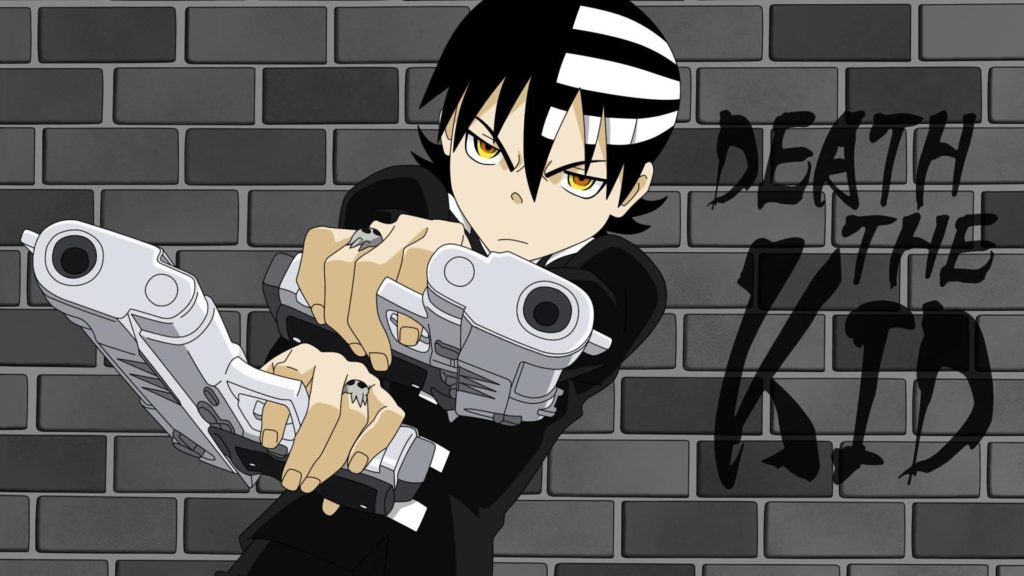 If you are a fan of Soul Eater, you must’ve heard of Death The Kid. After all, he is one of the most popular characters in anime and probably in the world of anime itself. Even if you haven’t watched the series, you probably have heard of him either way. Death The Kid is a Shinigami or a soul reaper and is the son of the supreme reaper, The Grim Reaper known as Death. Death The Kid’s age is 13 in Soul Eater Not!, 14 in the pre-time skip, and 15 in the post-time skip. He is the Meister of the Demon Twin Guns and also known as the Immature Death God and is the younger brother of Asura, Death’s other son.

He is one of the top 3 EAT students in the DWMA. He is a calm and composed individual and proud of his status as a Shinigami. He appears as a slender teenager with a short height and spots black hair with three white stripes.

In this article, we will be taking a look at 10 trivia facts about this excellent character and some famous quotes. So hop on board and get ready to know more about this enigmatic character and what he is all about!

10 Unique Facts About Death The Kid

If you have watched Soul Eater, the series, you probably might have noticed his skateboard which he can summon with his powers. He calls this skateboard Beelzebub, named after one of the 7 demons of Hell, and uses it as a regular skateboard to ride around and also in battle to attack his enemies. And that’s not all, Beelzebub is no ordinary skateboard. It can fly, hover, and can be used as an offensive weapon in battles. Kid also used this skateboard to activate his special move, “Tornado Flip” that he uses to cut through materials, such as a rope.

Did you know that Death the kid was named after a well-known personality in the pages of history>? That’s right, his name is a derivative of Billy the Kid, also known as Henry McCarty or William H. Bonney, who was a famous rebel and gunslinger of the Old West America. In the anime, his role is that of a Meister of the Demon Twin Guns, a pair named Liz and Patty Thompson is also a reference to the real-life historical figure who was a gunfighter and later died succumbing to his wounds. Liz and Patty also get their last name from the Thompson submachine gun.

Death The Kid has been portrayed in anime and manga as a perfectionist with a strong liking for symmetry. Well, this can also be considered a weakness and used against him. During battles, he hesitates to attack opponents who have perfect symmetry in their features and also can be weakened with any action that makes him lose his symmetry such as cutting his hair. However, this is quite ironic as his hair is asymmetrical and causes him a lot of distress. The enemy can use this to even knock him out!

Death the Kid was born out of a fragment of a soul from his father, the Grim Reaper is known as Death. This is the sole reason why he doesn’t have a mother in his life. He reveres his father and takes great offense whenever the former is insulted. He respects his father enough to even tolerate his asymmetrical appearance. All that being said, Kid isn’t really the Grim Reaper’s only son. He also created Death The Kid’s brother Asura in a similar way. Asura eventually became a personification of fear and Kid was created to counter him. Death The Kid and Asura have an antagonistic relationship.

Death The Kid seems to get obsessed with things and has a hard time coming out of them in general. He gets so caught up with his obsessions that he loses all sense of personal boundaries and space. This has been shown in the anime in multiple instances. For example, he has a habit of latching on to people and even walking in on them while they are trying to take a bath. In Soul Eater Not! He is shown to get on Tsugumi’s face in order to fix her hair constantly.

In the manga, Kid eventually takes on all the responsibilities of his late father, holding a ceremony after a few weeks of the latter’s death to formally announce his position to the public. He also narrates his plans for the future. He plans to make the world a better place to live in for human beings and requests Soul to be his left-hand man as his personal Death Scythe dubbed “The Last Death Scythe”. This could be attributed to the fact that the DWMA was not going to be hunting witch souls any longer.

Death The Kid has a classy sense of style and can be usually seen donning a suit. But it is also known that he is quite fond of cloaks as we can see him wearing on when sent on missions by his father. He completes this edgier look by wearing a mask on some occasions. However, unlike his father, Kid’s cloak does not have any special powers or abilities and is mainly for style. After his father’s passing, he takes on the cloak that grants him its various powers such as self-repairing and transformation.

Death The Kid is portrayed in the anime as having somewhat unusual eyes that are two shades of gold and yellow around his pupil. This is probably to show the fact that he is connected to the supernatural. In his Grim Reaper form which is also Death The Kid’s full body or “true form”, his irises take on the form of two skulls maintaining their original golden colour.

Although he is quite proud of his Shinigami status, he isn’t arrogant at all and tries to conduct himself in a humane and mature manner. He respects human beings and is shown to have faith in humanity as a whole. He once commented that he was a Shinigami who took after humans, considering himself as part human.

Death The Kid has been ranked the top most popular characters in the first official ranking of the Soul Eater characters being termed the most popular among fans. He retained his position in the second-ranking poll as well. The two polls were conducted around chapters 53 and 100 respectively.

Top 5 Famous Quotes by Death The Kid by Ranking

“You disgust me. I am a Grim Reaper, I refuse to grant anyone the freedom to kill!”

“If you pick a fight with a god of death, I can’t guarantee your soul’s safety.”

“I do not deny evil, nor do I believe that any human is completely free of malice. Everything must be in balance. As long as evil and good maintain an equilibrium in this world, there is no problem. Perfect balance is the key to everything.”

“I’m going to keep fighting until this world is the way it should be. Until the world is balanced.”

“Symmetry is key. Everything must be aesthetically pleasing. That’s why I use the 2 of you as twin pistols in order to preserve symmetry. When I hold you both, I’m completely balanced on the right & left. It isn’t perfect because your human forms are so different from each other, though. Your hair styles & height for example.”

So, we can all universally agree that Death The Kid is the coolest character in Soul Eater. Let’s face it, even with his eccentricities and idiosyncrasies, he is quite a likable character, not to mention, powerful and exceptionally skilled in whatever he does. He is my favorite character in the anime for sure.

What do you think about Death The Kid? Let us know in the comments!