Fast: A Cautionary Tale of Payment Technology during the eCommerce Boom 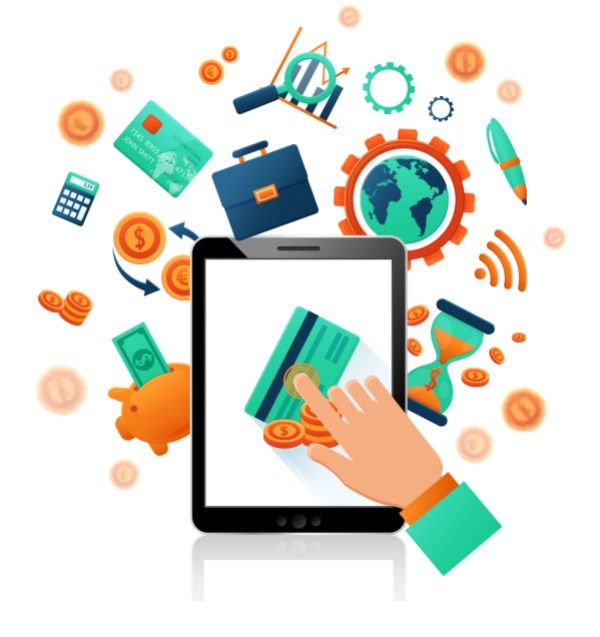 One of the most interesting stories to come out of Silicon Valley this year covers the rise and (dramatic) fall of Fast, an eCommerce startup that focused on one-click checkout technology. Fast had raised millions of dollars in funding in 2021. One funding round, which was led by Stripe, secured $102 million last year. But despite a huge valuation – Fast was valued at over $500 million – the company was only making around $50K per month in revenue. That revelation and Fast’s subsequent closure have sent shockwaves through Silicon Valley. How did a company with revenues comparable to that of a mid-sized restaurant manage to get investors to part with so much money?

To answer, we need to provide a bit of context.

We are experiencing an era of eCommerce boom. There are many reasons for this, and they aren’t just limited to the Covid-19 pandemic. But for now, it’s enough to say that there is a rush to provide payment solutions online. In the US alone, the eCommerce industry is expected to grow from around $900 billion in 2021 to over $1.5 trillion in 2025. Naturally, people want options when they shop online and when launching an online business. A modern eCommerce website builder will cover those options for people launching an online business, perhaps offering its own native payment technology alongside big names like PayPal and Stripe. Fast wanted to be part of the fabric that makes those eCommerce websites tick.

Back in 1997, Amazon patented its one-click checkout technology. It was a game-changer for the retail industry. But that patent expired in September 2017, and everyone from Apple to Bolt to PayPal jumped on board to start using the technology or develop new software that used some of Amazon’s blueprint. Founded in 2019, Fast came a little later to the party. But it promised it could do things better and, well, faster than its competitors. Investors seemed to believe in that promise.

The Fast story has become something of a scandal. Perhaps not on the level of Theranos in the annals of Silicon Valley’s history, but it is considered a scandal nonetheless. The company was burning $10 million a month at one point, posturing as a global powerhouse. Again, we should stress that it was making the kind of revenues of a very small business. You could probably find a popular taco truck that made more money per month than Fast’s $50K.

In its investigation of the company, NPR points the finger squarely at Fast’s CEO, Domm Holland. The Australian entrepreneur presented himself as something of a maverick, going by the nickname “the fastest CEO in Silicon Valley”. But he was accused of lavish spending concerning Fast. For example, one commonly-noted excess was that he reportedly paid the pop band The Chainsmokers $1 million to play a gig at a retail event.

A difficult sector to penetrate for those not already established

But while some of the reporting has framed Fast’s demise through the actions of its CEO, there are conditions within the payments technology industry that also added to its woes. Most notably, there is a level of competition. To get ahead in payments technology, you need to scale quickly. There is essentially an ecosystem that favors those already established within it. Consider what we said about using an eCommerce website builder earlier. If you were launching your business online, would you look for payment technology from a ‘brand’, an industry powerhouse known to your customer base? Or would you choose a barely-known startup that has not put roots down throughout the ecosystem?

There is, of course, a chance that you would answer yes to the second question. But only if that unknown startup offers something different from its competitors. Fast claimed that it did, but, in reality, it did not. Without going into the specifics of the technology, Fast’s claims that it was the fastest checkout option barely matter. Have you ever used one-click checkout with PayPal and felt that it was not quick enough? Unlikely. For many eCommerce platforms, it is simply not a deal-breaker that Fast could have shaved half a second off the checkout time. People tend to care more about reliability, trust, and the interoperability of all the strata within that ecosystem.

A disconnect between investor goals and business profitability

So, perhaps those investors in Fast should have been aware of this? Of course. But there is now a huge disconnect in how investors see businesses and their ability to make money. Silicon Valley is awash with unprofitable projects – some of the biggest businesses in the world have never made a profit. But there is a rush to be first, to back that startup that becomes the next Uber or Airbnb. Most of the examples are not as stark or newsworthy as Fast, but there is a sense that VCs have more money to throw around than sense at the moment.

All of this still overlooks the fact that Fast had entered into a fast-growing market with limitless potential. Traditionally, we might think of eCommerce as powering static websites or apps, allowing people to buy and sell products. But it has evolved, expanding into the creator economy. Spotify, for example, signed a significant deal with Stripe to facilitate direct payments to podcasters on its platform. Many social media sites now offer services to tip creators. All of these changes require seamless payment technology.

As such, there was an opportunity for Fast to scale. But whether it was due to mismanagement or a myriad of other factors, it could not make its mark. It remains to be seen if other startups trying to enter the payment technology sector also go bust. Maybe it’s a one-off, a tale of a fast-living company and CEO that will go down in Silicon Valley lore. Or perhaps it’s an industry where the major players are already established, and only someone offering a remarkable product can get a slice of the action. Fast, it seems, was not remarkable enough.