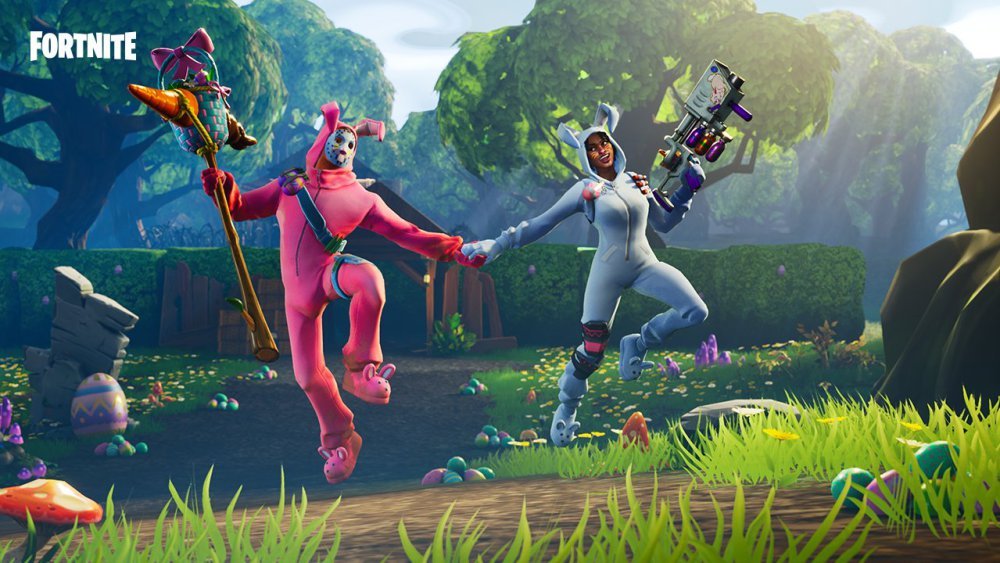 Fortnite doesn’t need much of an introduction to the “netizens”, it is a Battle royal game that has taken the gaming industry by storm and along with it the YouTube Industry. Chances are that you would have had heard of Fortnite at least once in your life.

But there are also those who don’t like to play Fortnite for various other reasons and look for its substitutes and that’s what we have done in this article. Below listed are the 5 best games like Fortnite that you can start playing right now and have a ball.

PUBG is an amazing game like Fortnite and it is very much preferred by gamers to be played on because of its amazing graphics, refresh rates, different mods, many vehicles, and unique and different maps available.  Many users wanna play Pubg mobile on the desktop which makes the game even more interesting.

PUBG was launched in the year 2017 and since then it has been very popular among the gaming community. It is also available to play on various platforms like Windows, Android, IOS, Xbox One, PlayStation 4, and Stadia.

PUBG is free to play.

PUBG is an incredible game that offers a lot like Fortnite for a free cost price. It has some of the best gaming graphics and refresh rates that would be very much appreciated by gamers and its app on the phone is also great.

The only thing is that it is owned by Tencent which is a Chinese company and people can be bothered by that where some countries, like India, have banned the game for some privacy issues. The game has been banned in countries like India hence we have written about the best games like Pubg so you dont miss out.

We have given a detailed comparison between Fortnite and PubG so you dont have to waste time on it.

Call Of Duty is a gaming franchise that can be played on many different platforms and hardware and they are some of the best multiplayer games like Fortnite available. Its individual games like Modern Warfare I, Black Ops and so many more have become fan-favourite.

Their latest entry in the mobile gaming community, Call Of Duty Mobile is also an excellent game that can be run on medium-powered phones as well but if you have a high-end phone then you can utilize your phone’s full potential with their mobile version.

Call Of Duty costs different for different games but they average around $60. Although their mobile version is free to play.

Call Of Duty franchise kind of feels a bit unfair when compared to Fortnite because COD is an entire franchise of some of the best console games and Fortnite is just one game but hey if you are looking for games like Fortnite you need to include the best in the business!

Valorant is also a very popular game like Fortnite that a lot of gamers who are looking for an actual Fortnite alternative can have a lot of fun with this game. Valorant is a game that was launched in 2020 and since then it has made a little fan community of its own.

It is a Windows PC only specific game so far but it features some of the best mods and guns available out there for gamers to play on. It has some amazing multiplayer games like Fortnite and people can really have a lot of fun with this game.

It has some flashy graphics just like Fortnite but it also has great gameplay.

Valorant is free to play

Valorant is taking the world by storm lately and if they just expand the game onto different and more platforms then it can surely reach the level of Fortnite and other games like Fortnite available out there.

Rust is another survival game that you can start playing today on with your friends and family (if you play with your family members?). It is a great game that is available on Windows, Mac, Steam, Play Station 4, and Xbox One.

Rust will be enjoyed very much by people looking for a Fortnite alternative because of its availability in the consoles world as well as the PC world. 10 easy fixes to use if Rust keeps crashing on your PC.

Rust is a great game like Fortnite that you can start playing from today.

Free fire is also like a game like Fortnite that is, it is a great Battle Royal type game that you can play and enjoy with your friends. When it comes to free Battle Royal games for Android, then there is PUBG, COD Mobile and Free Fire.

Free Fire is available on Android and IOS to play.

Free Fire is Free to play

Pro and Cons of Free Fire

Free Fire is a Fire game, it has great gameplay and some of the Battle Royals that are available on the market. But being only Mobile-specific, some console gamers or PC gamers can find it bothersome. But you can still play the game on PC by downloading apps like BlueStacks.

For the Final Note, I would just like to say that yeah Fortnite is popular now and its “floss” is still done by people of all ages but it is not the only game out there for gamers to play and they can certainly have a good time playing this game for recreational purpose or even for monetization purpose.