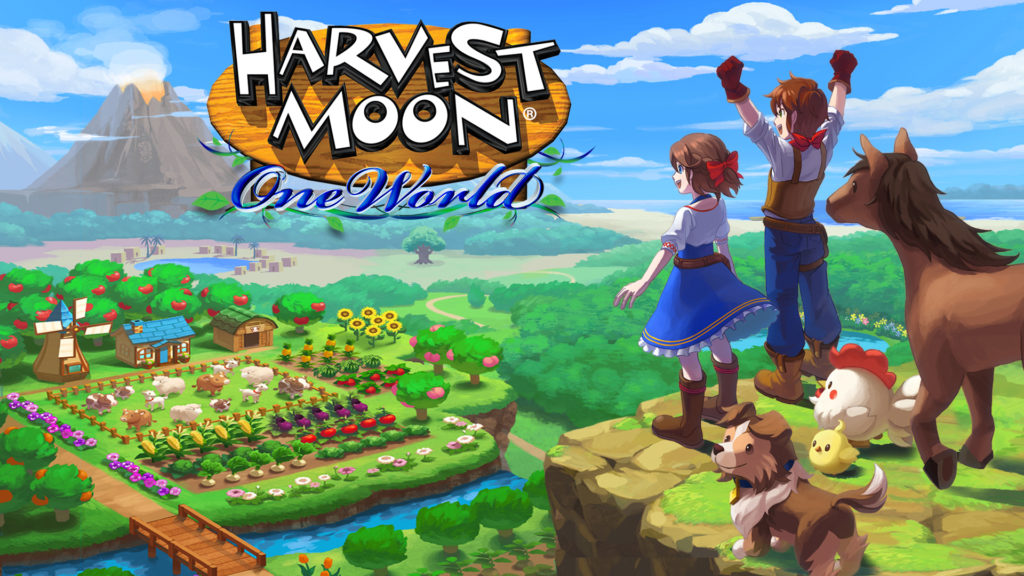 Harvest Moon has been a part of many 90’s and early 2000’s kids. It was a very popular game that you could play on your Nintendo and Harvest Moon is still going on but the question a lot of Harvest Moon fans ask is. “What really happened to Harvest Moon?”.

The latest iterations of Harvest Moon released by Natsume are on nowhere level that Harvest Moon used to be but why is that? What really happened that made you Harvest Moon fans try and search for games like Harvest Moon?

So, here are the 7 best Harvest Moon alternatives.

1. Story of Seasons (Trio of Towns)

Story Of Seasons is not just a game like Harvest moon but it is Harvest Moon. Let me explain to you. Back when Harvest Moon: A New Beginning was released in 2012, the game was being developed by Marvelous Inc. and it was being distributed by a company called Nastume.

But Marvelous thought that why are they paying Nastume to distribute their game when they themself could do that, but the problem was Marvelous Inc. didn’t have the rights to the name “Harvest Moon”.

And Natsume wasn’t willing to give off the name because Harvest Moon had been their biggest money-making franchise, so Marvelous Inc. had to come with a new name to sell the new Harvest Games they were developing.

So they chose the name “Story Of Seasons” to call their Harvest Moon games and Nastume decided to continue using the name “Harvest Moon” and make their own games under the title (which is something they hadn’t done before).

Price of Story Of Seasons Trio of Towers

The price of Trio Of Towers usually varies around $30 Dollars for Nintendo consoles.

Pro and Cons of Story Of Seasons Trio of Towers

Review on Story Of Seasons Trio of Towers

Trio of Towers is a great game and an even better Harvest Moon alternative but it is only exclusive to Nintendo 3DS and Nintendo has confirmed in April 2020 that it has shut down all productions of the 3DS and its portable gaming systems, so new players can find it difficult to play this great game like Harvest Moon.

Rating on Story Of Seasons Trio of Towers

Trio of Towers gets a rating of 3/5 stars.

Animal Crossing New Leaf is a great game like Harvest Moon you can play right now. It is also a Nintendo game and is the fourth installment in their very popular Animal Crossing series.

New Leaf is a story about a mayor (user) who is in charge of a town filled with anthropomorphic animals and how you deal with the town as a mayor.

Animal Crossing is also a Nintendo specific game like Harvest Moon that you can play right now and have a lot of fun.

The best part of Stardew Valley is that it is available on multiple platforms like Windows, Mac OS, Linux, PlayStation 4, Xbox One, Nintendo Switch, PlayStation Vita, Steam, IOS, and Android.

Stardew Valley with an average pricing rate of $14 Dollars

Stardew Valley is a great game like Harvest Moon where you deal with a farm simulation but the great thing about Stradew Valley is that it is available on so many platforms that all players can enjoy playing this game.

Also read: Stardew valley vs Harvest moon, A detailed comparison between the two

4. My Time at Portia

My Time at Portia deals with a very sensitive story of restoring a father’s neglected workshop in the post-apocalyptic land and also bringing back its former glory by growing crops, fulfilling commissions, befriending the strange inhabitants of the world of Village of Portia.

My Time at Portia is available on Steam, PC, and Google Play as well.

Price of My Time at Portia

My Time at Portia has a price range of $30 Dollars.

Pro and Cons of My Time at Portia

Review on My Time at Portia

My Time at Portia is another fantastic Harvest Moon substitute as it brings all of your favorite features and the can be played on various other devices as well.

Rating on My Time at Portia

My Time at Portia gets a rating of 4/5 stars

Farm City is an amazing farming simulation game that you can play on your Android and IOS device and have a great time at it. With over 2 Million downloads, Farm City is a great game like Harvest Moon that has the best of both worlds in terms of gaming quality.

In the Farm City, you don’t only focus on building just a Farm but also a city as well, so you really get a sense of different environments and communities of the different worlds.

Farm City is free to play and enjoy, but it does contain in-app purchases.

Pro and Cons of Farm City: Farming and City Builder

Farm City can really act as a replacement to Harvest moon with its free-of-cost app, available on both Android and IOS devices, and a really fun Farming and City simulation build into just one app.

Farm City gets  a rating of 4/5 stars

Crafting and Building also has a “texture pack” that increases its graphics to match that of games like Harvest Moon and Minecraft.

Crafting and Building are free to play.

Crafting and Building is a great game that you can start playing today.

Crafting and Building gets a rating of 3/5 stars

SimCity is another amazing game that can act as a Harvest Moon substitute. In SimCity, you are a mayor of the city of your name and you get to build your city from scratch and deal with all sorts of problems such as Fire Station, Traffic, Police, Water, Sewage, and more.

It is a great and very engrossing game that is available on PC, Android, and IOS as well.

SimCity is free to play, although it does have in-app purchases available too.

SimCity isn’t exactly like Harvest Moon but it still is a great game that you can start playing today on your PC and Mobile for free.

There you go, 7 great games like Harvest Moon that you can start playing and enjoying on various different platforms and media players. Hopefully, you got what you were looking for.