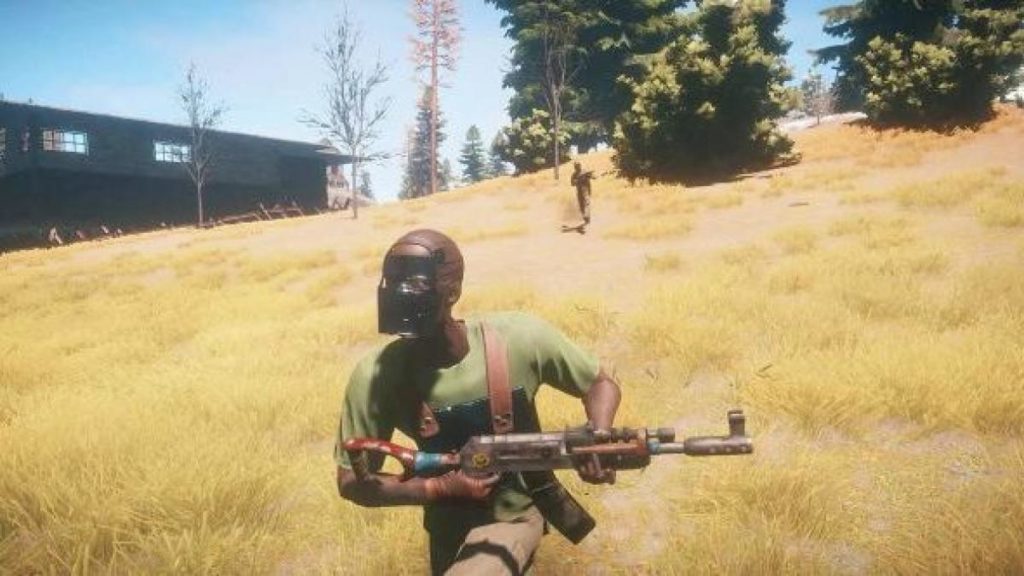 I read a comment about the game Rust and I think it perfectly encapsulates what Rust is about. “Rust is not a game, it is a full-time job.” And this statement holds very true for the game.

Rust is a survival game where you get to basically build your life. You stock food, make shelter, protect yourself from different threats, make enemies and do so much more. The problem with Rust is that it tries too many things at once.

That’s why we have made a list of the 5 best games like Rust that focusses on one genre, but they excel at it. Rather than being a jack of all trades, these games are masters of their own.

Fortnite is arguably one of the biggest games like Rust available. In it, you can build your own safety, survive from others, and have great gun battles. It also is one of the most talked-about games, so that should be helpful as well.

Fortnite is available on many devices such as PS4, PS5, Android, Mac Os, IOS, Windows, and more.

Fortnite is free to play

Fortnite is one of the best Rust alternatives you could find right now. The best part about the game is that it is free! So everyone can enjoy playing Fortnite, no matter if you are a pro-gamer or a noob!

Fortnite gets a rating of 4.5/5 stars

PUBG is an amazing game like Rust and it is very much preferred by gamers to be played on because of its great graphics, smooth refresh rates, numerous mods, many different vehicles, and unique and different maps available.

PUBG was launched in the year 2017 and since then it is available to play on various platforms like Windows, Android, IOS, Xbox One, PlayStation 4, and Stadia.

PUBG is banned in many countries hence we have listed the best games like PUBG so you dont miss out.

PUBG is free of cost for mobile. For playing it on PC you would need to shell out $49 or more.

PUBG is an incredible game that offers a lot like Rust. It’s got some of the best Batlle Royals and is very smooth and efficient in it. It’s a great game that is loved by gamers and noobs alike.

However, the company that owns it, Tencent, is banned in some countries like India for breaching privacy laws.

Call Of Duty gaming franchise has some of the best multiplayer games like Rust available. Its individual games like Modern Warfare I, Black Ops are critically acclaimed and are appreciated by fans as well.

They also recently launched in the mobile gaming industry, with Call Of Duty Mobile. That game also speaks a lot for itself and is considered of the best games on the platform. Gamers who are looking for Rust alternatives would be very pleased with Call Of Duty.

Also read: How To Play Split-Screen Multiplayer In Call Of Duty

Call Of Duty games averages around $60. Although, their mobile version is free to play.

Gamers who love to play Rust for its Battle Royals and gun-battles would definitely love the Call Of Duty franchise!

Valorant is also a very popular game like Rust. Gamers who are looking for an actual Rust alternative can have a lot of fun with it. Valorant is a game that launched in 2020 and in this short span of time has made a big fan community of its own.

It is a Windows exclusive game so far but it has some of the best mods and guns available. People can really have a lot of fun with this game. It offers many different mods and tools like Rust.

Valorant is free of cost

Valorant is relatively new in the market but it sure is making people very happy with it. It has some really great mods and skills that a lot of gamers will appreciate.

When one talks about games like Rust, Minecraft definitely comes into one’s mind. Minecraft came in 2011 and got a major boost in 2019 when many YouTubers started streaming the game.

Minecraft is a predominantly building game like Rust. In it, users can make anything and everything possible. It is an amazing game that has changed the gaming industry but also the YouTube industry.

Minecraft is available on Xbox One, Xbox 360, Nintendo Switch, PlayStation 4, PlayStation 3, PlayStation Vita, Wii U, Nintendo 3DS, PC, Mac, and Linux. So, basically any video game platform and is there for you to play.

Many users dont like the graphics of Minecraft hence we have listed the best Minecraft alternatives.

Minecraft is a Rust alternative because of its great building and surviving skills. It’s a fun game to play and you don’t instantly lose all your months of hard work in an instant if you get killed off.

Rust is a great game but it tries too much and succeeds too little. These above-mentioned games stick to their genre and nail it through and through.