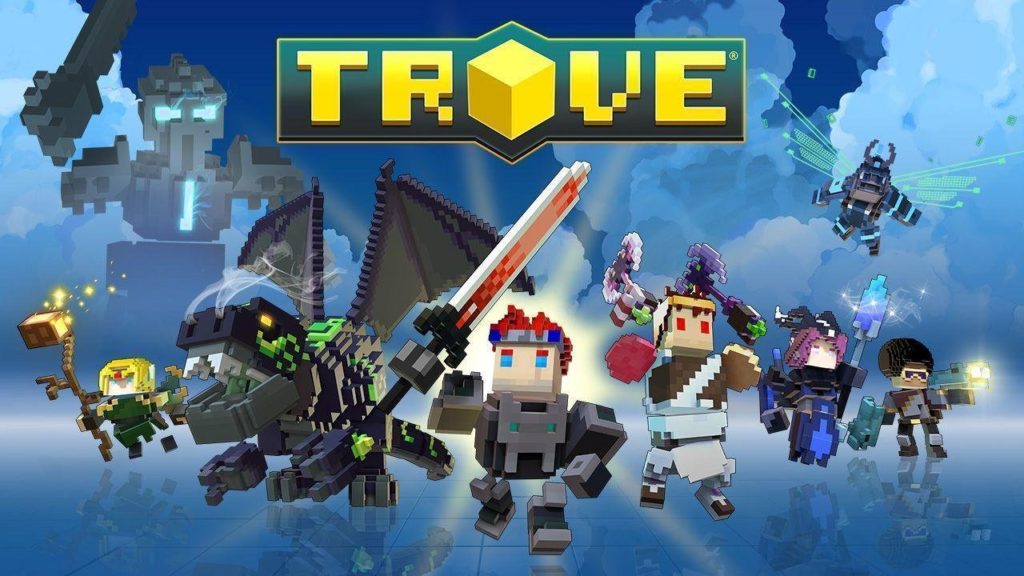 Trove is a sandbox game which is developed by a company called Trion Worlds. It is a fun game where the users can make and edit whatever they want. But it is far from perfect. Trove has many issues when it comes to its Launch Servers, Controllers, and many more.

Many fans of the game are addicted to the game but are also looking for other games like Trove, the games which don’t have the above-mentioned problems. That’s why we have made a list including the 7 best games like Trove.

Starting off the list with the most beloved game of all, Minecraft. Minecraft is a game like Trove in which users can explore the world of Minecraft, just like they do with Trove. Minecraft also has some of the best servers out there, due to its popularity. Therefore you can enjoy the game without any hassles.

From a gaming standpoint, Minecraft can be played on many devices such as Xbox One and Xbox 360, Switch, PlayStation 4, PlayStation 3, PlayStation Vita, Wii U, Nintendo 3DS, PC, Mac, and Linux. Chromebook users dont be worry we have written about the simple ways on How To Play Minecraft On ChromeBook For Free.

Minecraft is arguably one of the biggest Trove Alternative out there that you can instantly start playing with your friends and foes as well.

Roblox is not just a game like Trove, it’s actually a gaming platform where users can come in and play the games. Roblox has many different types of games available to play on and they are quite fun as well. It is a great Trove alternative because it doesn’t offer just one game.

Roblox is available on many devices such as Windows, Android, IOS, Mac, Xbox One,

Roblox is free to play

Roblox is another multiplayer game like Trove that people can have a lot of fun with. It is a world where people can explore a lot and have fun doing so as well.  If you are not happy with robox then we have also listed the best games like roblox.

Stardew Valley is another fantastic game like Trove. It has won many awards for its brilliant graphics and gameplay and is actually appreciated a lot for its retro-type graphics.

Also read: What happens if you die in Stardew Valley?

Stardew Valley is one of the Trove substitutes that are available out there. It’s an amazing game to play and gamers can also have a lot of fun with it.

Crafting and Building is one of the best, free games like Trove you can play right now. It has got some really cool features up its sleeve which will surely please players, especially those looking for games like Trove.

Crafting and Building can be played on your Android device.

Crafting and Building is free to play.

Crafting and Building possess something called a “Texture Pack”, once you put it on you get the look of Minecraft combined with the features of Trove.

Block Craft 3D is another fun game like trove. Block Craft 3D has some of the best graphic designs for a game like Trove, they are very life-like and the details on the game are also amazing.

Block Craft 3D is available to play on Android and IOS. This means that users of all mobile-gaming communities can enjoy the game together.

Block Craft 3D is a great game like Trove but it isn’t perfect by any means. It has some issues such as exclusivity to Android and IOS, no story adventures, ads while playing the games. These issues can cause some players to not choose Block craft 3D.

SimCity isn’t exactly a game like Trove but it is close enough. In SimCity you get to be a mayor of a town whose job is to take care of its citizens. The job requires constant monitor of Electricity, Water, Fire, Police, Sewage and much other stuff.

It is really an engaging game to play and can hook you. In fact, I sometimes got stressed while playing this game because of its responsibilities. SimCity can be played on many devices such as PC, IOS, and Android devices.

SimCity is free to play.

SimCity is a fun game to play that can really have you glued to the screen.

Rust is another game like Trove and has some really cool graphics designs and mods that you can play with. It is a very trendy game that can be played on many platforms like PlayStation 4, Microsoft Windows, Mac OS, Linux, Steam, and Xbox One.

It’s a good game and does deserve to be on this list. Rust keeps crashing on PCs with low graphics we have written in detail on the way to fix rust crashing issue.

Rust is another game like trove that you really can have a lot with. The game play is exciting and its something you would need to try out.

When it comes to finding out Trove competitors, the above-named games do come into one’s mind. They are all really fun games to play and have the capability to become a Trove substitute as well.