Most of us know Google as one of the leading search engines on the internet, but did you know that Google has a humorous side as well which is evident through its April fools gags and whimsical logos. In this article, I have collected some of the best Google Easter Eggs that have been hidden from us in plain sight.

The easter eggs released by Google as part of its 20th-anniversary celebration are also included in this list. I will be updating this list frequently to keep it up to date with the latest Google easter eggs as and when they are released.

What is a Google Easter Egg

Google is known for its wittiness, the search engine likes to keep users on their toes by releasing new features to a video game, book, crossword, movie, webpage, or even a computer program. 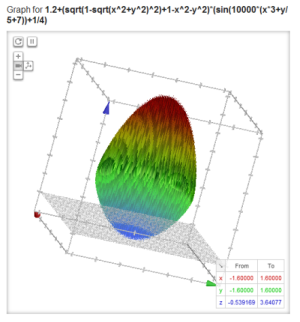 A classic Google example: An animated, rotating graph of a 3D easter egg

People often mistake special features activated by Google to celebrate a notable event or Google updates and a classic “Easter egg,” something hidden playfully in plain sight. Many people consider the former to be Easter eggs, even though they are usually transitory and cease to exist once Google has turned them off.

Google is known to turn on “transient” Easter eggs during holiday seasons, for instance, when you search a phrase that includes “Xmas” or “Christmas” it triggers a string of colorful lights under the search bar. Other examples of Google’s temporary easter eggs are if you search for “Kwanzaa” you will notice a row of Kinara candles or if you search for “Hanukkah” you will see a  row of lights shaped like the Star of David that accompany your search results.

While these are entertaining, the reality is that they are not true Google easter eggs, so in this article, I have emphasized listing down “permanent” Easter eggs that you can search and have fun with at any time. All the Google Easter eggs listed below will show you that Google employees are indeed human and they have a fun-loving funny side to them as well.

Google will sometimes show you a literal interpretation of your query in the search results. One such example can be seen when you search for “askew”. As you can see in the image above Google displays a slightly akimbo result this is not due to any SEO trick, it is just “normal” search results, with a hint of Google’s quirkiness.

The Wikipedia definition for recursion reads as follows,  “the process of repeating items in a self-similar way.”

Computer science and mathematics are two fields where recursion is applied the most where it is used for explaining functions in which the function being defined is applied within its own definition.

This naturally, Google implies the logical step of asking, “Did you mean: recursion?”

Search for the answer to life the universe and everything

The best way to explain this Google Easter is through a phrase from Douglas Adams, The Hitchhiker’s Guide to the Galaxy, in which he said: “the answer to the ultimate question of life, the universe, and everything is 42.” After reading this book millions of people have tried to decipher the “hidden” meaning behind the number 42, although, years later Adams himself revealed that, “The answer to this is very simple. It was a joke. It had to be a number, an ordinary, smallish number, and I chose that one. Binary representations, base 13, Tibetan monks are all complete nonsense. I sat on my desk, stared into the garden, and thought 42 will do. I typed it out. End of story.”  I cannot deny nor confirm the hidden meaning behind the number 42, however, the calculator of the world’s top search engine displays the number 42 in response to this query.

Search for do a barrel roll

A barrel roll is taught to every pilot where the pilot has to perform a complete 360-degree roll while still flying forward and maintaining a consistent altitude kind of like if the landing gear of the plane were rotating around the inside of a barrel. Google being its playful self gave this definition a “spinning” effect on the result page. The page will literally do a 360-degree loop when you do a barrel roll

The video game StarCraft developed this tactic called A “zerg rush” where you assign a poorly equipped or low-level group against an opposing group. The aim of this tactic is that the sheer numbers will overwhelm the enemy.

Google found a way to have fun with this tactic, when you search for zerg rush on Google you will be greater by a simplified example of a zerg rush using a swarm of “O’s”, ending up with the traditional “GG” (meaning “good game”). Pro Tip: Click on an “O” three times to kill it—although it will not be a very effective move, as another swarm has already assigned the task of wiping out search results starting with the bottom of the page.

You will also find Easter eggs that let you play a fully-functioning version of classic video games, such as Atari breakout, PacMan, and Snake.

If you want more  traditional games  You can also try Google’s version of Solitaire or tic-tac-toe through its Easter eggs.

Chrome browser has its own set of Easter eggs by Google that are quite entertaining. Here are a few  text-based adventure games for you to try

First, click on the three vertical dots from the upper right corner of the browser window to open the Google chrome customize menu then select More Tools > Developer Tools from the dropdown menu.

You will now find a console on the lower right side of your screen. Out of the numerous text messages find the one that asks “Would you like to play a game?” Type the word “yes” in response, and you are all set on a brainy task to reunite the blue letter G” with “your friends red o, yellow o, blue g, green l, and the always quirky red e” – in simple words, you have to find and assemble the word Google to complete your adventure. The game is a good way to take a break yet keep your mind sharp and it will not take more than 45minutes to be completed.

Search for “conway’s game of life“

John Horton Conway, a famous British Mathematician is renowned for developing the first computer simulations of “life,” where users could study the stages of “evolution” of cells as they interact with one another.

Conway’s “game” is pretty easy as a “player” a user has to create an initial configuration of cells, then turn it on, you can then watch these cells evolve without requiring any further interaction. The simulation still continues to be implemented in several areas of computer science research.

Anagrams are a good way to keep yourself entertained through wordplay. To form an Anagram a user needs to have a combined set of adhering to strict “rules” and being creative. To form an anagram you need to rearrange a word or phrase into another different word or phrase, using exactly the same letters but in a different order or sequence. Some of the results of anagrams lead to humorous puns or witty innuendo, for instance, an anagram for the longest-running TV series Doctor Who is torchwood which is the name of another TV show in the marvel universe.

Usually when you search for anything on Google with the preface “define” you will get a dictionary definition in the search results that include information about the word type, a link to hear the pronunciation of the word, and its phonetic pronunciation. However, as Google loves to play games through its easter eggs when you search for “define anagram” you will receive a witty“Did you mean” alternative.

Encrypted communications were drastically used during World War II. A quaint Victorian compound not more than an hour from northwest of London called Bletchley Park was the base for a top-secret facility where the Allies would achieve code-breaking efforts. Google’s Easter egg to pay tribute to the facility simulates what a de-scrambling effort on the encrypted phrase “Bletchley Park” would look like on the most used decryption machines employed by the code-breakers.

Google’s calculator is essentially just like an extension of the search engine where you can directly enter expressions or equations into the search box and you will get results (answers) at the top of search results. Here is a list of some of the more ludicrous calculator easter eggs:

Search for “once in a blue moon“

Google is just like that friend whose sarcasm is unmatched especially in terms of common number-related cliches. Type “once in a blue moon” on Google and you will get “1.16699016 × 10-8 hertz” in the search results. If you are wondering why? The answer is simple when you convert the result from seconds (one hertz is one cycle per second) into years, and you will get the answer 2.7 years-which is roughly the time taken between each “blue moon.”

You can also impress your friends or colleagues by using numeric phrases like “a bakers dozen“, “the loneliest number” and “the number of horns on a unicorn,” on Google’s calculator

For all you mathematician geeks, you can go one step further in the impressing department by creating elaborate equations that Google will compute and then graph as a recognizable shape, for instance, the easter egg above. Here’s one, graphed from the following equation:

An easter egg that can prove to be a witful one for impressing your beloved one on Valentine’s day.

Back in the day, we would find some absolutely hilarious easter eggs on Google maps. The incident of a certain Darwin award winner seeking directions with predictable results fueled the retirement of Google Maps easter eggs.  Unfortunately, you will no longer find them in search results, but given how hilarious they were, I had to display a few here.

Walking Directions: The Shire To Mordor

Google easter eggs have been a massive hit among users, so much so that even third party entities have joined the party by launching their own version of Googly easter eggs, here are a few classic examples: