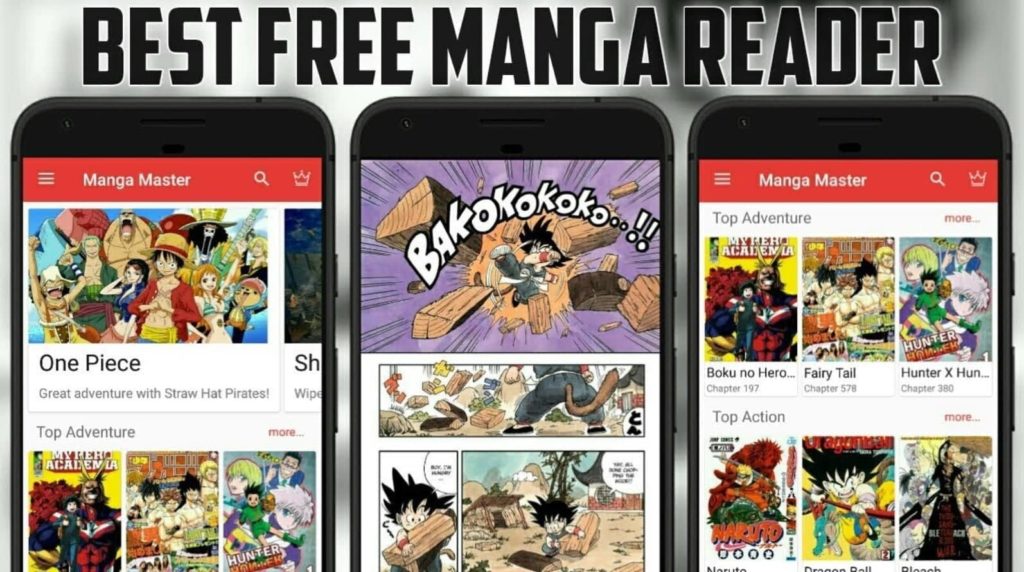 To read manga online you need manga reader apps or websites there is no other way to do so unless you are a complete Manga freak who collects print copies of your favorite titles and can actually store them then I enviously would ask you to not read this article any further.

Pro Tip: The right way to read manga is backward from right to left. The reason for this is to pay homage to the traditional language of Japanese. I have also written a guide on how to read manga the correct way that covers the topic entirely

But for the rest of us manga fans who can only read manga online I know how difficult it is to find an app where you can read your favorite manga titles for free and more importantly without the fear of indulging in any piracy act. So without further adieu, let’s get into it

Note: These apps let users read manga online so I have also prepared this list on how to download manga and read offline.

VIZ Media publishes manga in multiple languages but its English version is the one that users love the most.  One Piece, Dragon Ball Super, Tokyo Ghoul, Naruto, One-Punch Man are some of the most searched manga on Viz.

Users can preview up to 3 chapters for free without even signing up before they decide to buy manga which is a convenient way to find if this is the best manga reader for you.

Home to the biggest names in the manga industry

My review on Viz Manga: This media platform is one of the most recognized apps to read manga globally. If you are up to date with your favorite manga then you can read the latest chapters for free as and when they are released. Overall Viz Media has one of the best manga software that can do no wrong when it comes to manga.

This app is the best platform to read manga series by Shonen Jump for free. Available on both iOS and Android Shonen Jump is loaded with popular series titles like One Piece, and Boruto.

On Shonen Jump it is free to read the latest chapters on the same day when the manga is released in Japan. However, a user can read only 100 chapters for free daily which can be upgraded by purchasing the platform’s $1.99 monthly subscription plan.

Cons: Users can read only 100 chapters for free.

Only Shonen Jump series are available

My review on Shonen Jump: This platform is the best way for users to get familiar with manga content as it contains titles that are among the best manga of all time. This platform is available as a website and an app where users can read 100 chapters for free daily which is enough to keep any reader engrossed for quite a while. Shonen Jump also has a $1.99 monthly subscription package but I would not recommend it as the platform has very limited content.

Crunchyroll is mostly known for its anime streaming abilities which often overshadows its Manga category that is equally impressive. Crunchyroll is not free but its subscription fee is absolutely justifiable.

To read manga on Crunchyroll a user will first need to create an account using their email ID.

Default settings of the app are set to send notifications in excess.

My review on Crunchyroll: I do not rate Crunchyroll so highly as a standalone manga reading app but it is very convenient for users who prefer reading manga and watching anime on the same platform. Overall Crunchyroll has a decent collection of manga and is a legitimate app which makes it worth a shot.

Manga Box is a website that enhances the experience of any manga reader apps by resizing images as per the measurement of a user’s screen. The platform also has its own manga content library where new chapters and novels are uploaded daily. Finally, the best part, Manga Box is free to use but it relies on ads for earnings.

Pros: Free to use

Cons: The number of pop up ads could be lesser

My review on Manga Box:  I haven’t come across any manga reader app other than manga box where users can resize images to fit the screen. A unique and much-needed concept which I highly recommend every reader to check out.

The next reader platform gives users complete access to read romance manga online. If you love reading shojo, boys love, erotica, and Harlequin manga novels in English then Renta is the best manga reader for you.

To read exclusive titles on Renta you do not need a buy a monthly plan rather you have to rent your favorite manga for up to 48 hours or for a customized period of time. There are two modes of renting: by paying directly or renting by points. I would suggest the points option for retaining users of this website as Renta offers heavy discounts on point bundles

Price: No monthly charges as Manga novels are available on rent basis

Manga novels are available for rent.

Cons: Renta does not publish official translations so they tend to be inaccurate.

My review on Renta: I am quite impressed with the whole concept of Renta where a user rents novels and does not have to pay fees for additional content. Currently, the app only contains manga from the romance niche which again is an impressive move as there are very few legal apps that do so. Overall if you wish to enjoy only romantic manga then chose Renta over Viz Media or any other app.

MangaZone is an app that claims to deliver the best manga reading experience. Amongst its many features, there are two that stand out: :1. MangaZone has a community section where manga readers from all over can connect, discuss theories and also request specific chapters.

2. Not just restricted to Japanese readers as it comes with more than 10,000  titles translated and ready to read in english language.

The app for reading manga is temporarily not available on the Google Play Store, however, Android users can download Manga Zone from the official website, iOS users, on the other hand, can directly get the app on the App Store.

Cons: The app occasionally crashes due to excess user load

My review on MangaZone: For iOS devices, I would say MangaZone is the best manga reader app considering the collection of manga titles, availability of chapters in multiple languages, and UI but the app fails to maintain the same standards for Android devices.

The next platform on this elusive list is an open-source manga reader app called Tachiyomi. The source code of this platform is available on Github proving the authenticity of the free manga reading experience.

Tachiyomi is ad-free and allows additional customizing options in comparison to most manga apps. Being an open-source platform this manga reader app is uploaded with tons of content daily.

Cons: Tachiyomi is not available in certain countries

My review on Tachiyomi: I tested the Tachiyomi app on One Plus 9 that runs on Android to check the compatibility and features. The results were pretty amazing from a number of series available to handle all aspects were impressive. In my opinion, this manga reader app is the best one for Android devices.

Wrapping Up: Author’s pick as the Best Manga Reader App

While all the manga apps and websites mentioned above are great I personally would pick Viz Manga as the best manga reader app reason being its preview feature where a user can actually see where they would be spending money rather than blindly purchasing another subscription-based app that would not even be used.