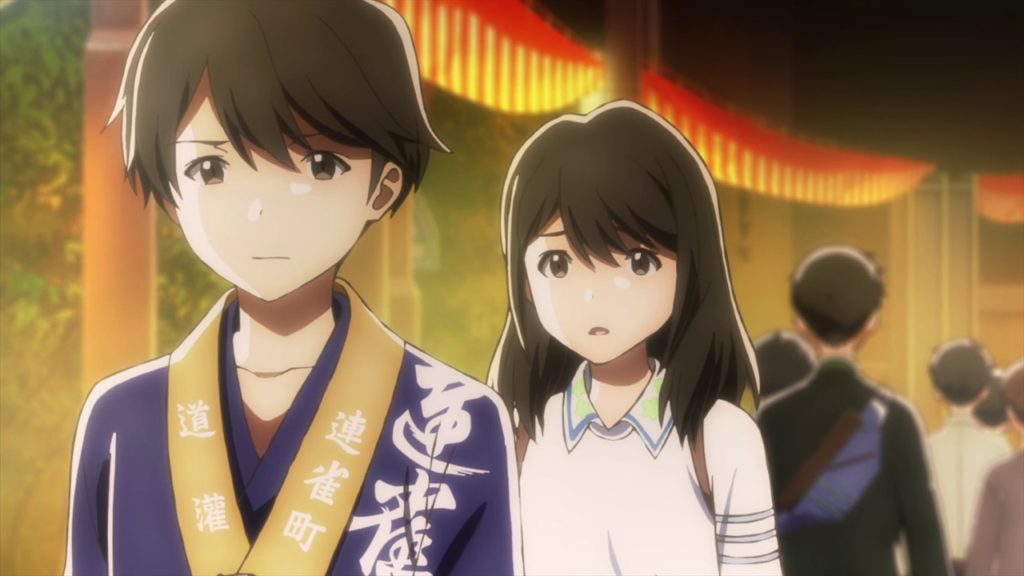 The best part about anime is you get some sort of respite from reality that helps to delve into the world of imaginary and fantasy were trials and tribulations of real-life cease to exist. But what if I were to tell you that there are several anime that have been inspired by real-life events?

This period anime drama in real life is set in 1013 AD England. It narrates the story of the Viking Commander, Thors Snorresson deserting a sea battle and starting a peaceful life in Iceland with his wife Helga. Fifteen years later, in the year 1002 (the year in which the story is set) their only son, Thorfinn wishes to see the paradise known as Vinland.

Real-Life Event that Inspired It: This anime based on history is set against the backdrop of a Danish-controlled England during the 11th century. The story features the Vikings or the Danish invaders who conquered England during this period. The story takes inspiration from the historical accounts of the Flateyjarbok, The Saga of Eric the Red, and The Saga of the Greenlanders. This anime is also inspired by the dramatization of King Cnut the Great and his rise to the top.

This sci-fi anime in real life tells the story of Rintaro Okabe, a self-proclaimed ‘mad scientist’ who co-runs the “Future Gadget Laboratory” in his apartment with his friends Mayuri Shiina and Itaru “Daru” Hashida. One day, at a conference about time travel, Okabe discovers the dead body of Kurisu Makise, a neuroscience researcher. This prompts him to send a text message about the situation to Daru but later he discovers that Kurisu is alive and the message had arrived before it was sent by him. Soon the lab members come to the conclusion that the cell phone-operated microwave oven that they were developing could send messages to the past and can change the present. Kurisu (who is alive) invents a device that can send memories through the microwave oven thus allowing the user to travel back in time.

Real-Life Event that Inspired It: Although the time travel bits are typical to an average sci-fi work, some of the conspiracies mentioned in the show are very real. The character of John Titor is also based on a real-life internet forum user who claimed to be a time traveler time and again. Even the organization SERN is based on the real-life nuclear research program named CERN.

Grave of the Fireflies

This is one of the top anime based on a real story and is probably the closest to reality. It narrates the tale of a teenage boy named Seita and his little sister Setsuko. Both the siblings died in the aftermath of World War II. The story begins with a janitor finding the body of Seita who died of starvation but finds a candy tin while sorting through his possessions that he throws onto a field. This leads to Setsuko’s ashes being spread out and her spirit manifesting from the tin and joining her brother’s spirit and a cloud of fireflies. They board a ghostly train that would lead them on a journey towards the events that led to their deaths.

Real-Life Event that Inspired It: This movie is based on a semi-autobiographical short story by Akiyuki Nasaka and is one of the best anti-war films of all time. This real-story-based anime is partially inspired by a true story of a Japanese boy carrying his dead sister’s corpse during World War II. It perfectly portrays the horrors of war and the terrible toll it has on ordinary people, leading to death, abandonment, poverty, malnutrition, and homelessness.

Gin Tama is a popular Shounen anime that is one of the best anime to ever exist. It narrates the story of a rogue samurai, Gintoki Sakata who is a self-proclaimed ‘jack of all trades’ and runs a freelance company that provides aid in all kinds of odd jobs. He takes in a teenage boy named Shinpachi as a worker at his odd-jobs service center after saving his elder sister Otae from a bunch of aliens who wanted to send her to a brothel. He also takes in an alien girl named Kagura who is a runaway with superhuman strength and hails from a Yakuza group, into his company. And thus begins their journeys together as the ‘Yorozuya’.

Real-Life Event that Inspired It: Gin Tama is set in an alternate history in the late Edo period where humanity has been raided by an alien race known as Amanto. This is equivalent to Japan opening up its economy in the same time frame in real life. Just like in real-life the Tokugawa Shogunate became a puppet government after the Shogun surrendered to the aliens or outsiders. This anime in real life proves that you can shift reality onto anime by portraying the same as an alternate history.

This real-life anime revolves around the lives of several young adults living as hikikomori (social recluses) all around Tokyo. The main character of the story is Tatsuhiro Sato who is one such social recluse, a college dropout entering his fourth year of unemployment. He comes to the conclusion that his situation is the result of some sort of conspiracy according to which the Nihon Hikikomori Kyokai, a dangerous organization that aims to convert people into hikikomori’s and NEETs. According to Sato, they do this via media by broadcasting anime and other visual materials that turn people into otakus which in turn leads them to live a reclusive life. He eventually meets Misaki Nakahara who claims to be able to ‘cure’ Sato of his hikikomori lifestyle.

Real-Life Event that Inspired It: The creator of this story, Tatsuhiko Takimoto has claimed to have based his work on his real-life experiences with social reclusion, depression, and loneliness. Apparently, he still deals with these problems to this date and the lives of the royalties generated by this series. There was also a conspiracy that the Japanese TV network NHK was turning people into hikikomori’s. The issue of hikikomori is a real malady in Japanese society even today, and more and more young adults are isolating themselves from society and becoming recluses. A lot of factors can be blamed for this like excessive pressure to do well in academics, strenuous work life, lack of social life, excessive emphasis on discipline, etc.

This anime has been created by the mangakas of the very popular series Death Note, namely Tsugumi Ohba and Takeshi Obata. It narrates the story of Moritaka Mashiro, a junior high student who is complimented by his friend Akito Takagi on his drawings after the former forgets his notebook in class one day and the latter discovers it. After Takagi asks him to pursue a career in drawing manga, Mashiro declines to state that his uncle died from overwork in this line of profession. Takagi encourages Mashiro to meet with the latter’s crush, Miho Azuki, and tells her that the duo plans to become manga artists. In return, Azuki declares her plan of becoming a voice actress to which Mashiro proposes that they should get married when Azuki becomes a voice actress for the anime adaptation of their manga. Azuki accepts but with the condition that till that happens they wouldn’t meet face-to-face. Thus begins the pair’s journey towards creating their magnum opus under the pen name Muto Ashirogi in the hopes of getting it serialized in the Weekly Shonen Jump.

Real-Life Event that Inspired It: This anime is quite close to the real-life of manga artists, their daily lives, work schedule, way of thinking, struggles, setbacks, extreme competition, and a never-back down attitude. It gives the audience a real-life insight into the lives of mangakas. It is said that this anime is based on the true story of the two creators, Ohba and Obata, and reflects their journey towards becoming well-established mangakas.

Where to Watch: Crunchyroll, Funimation

This anime is set in the Kamome Academy that is famous or rather infamous for its rumors surrounding its Seven Wonders and other supernatural occurrences. Nene Yashiro, a high school freshman who is passionate about the occult and wants a boyfriend decides to summon the most popular Wonder, “Hanako-san of the Toilet” who is known to grant any wish of the summoner for a fair price. However, upon summoning her, Yashiro learns that he is a boy and is nothing like what the rumors say. On the contrary, she becomes his assistant helping him destroy the evil spirits and changing the rumors in order to maintain stability between the human and the spirit world.

Real Life Event that Inspired It: The story of “Hanako-San of the Toilet” is a well-known Japanese urban legend about a girl of the same name haunting girls’ bathrooms in high-schools. Apparently, one can summon her by knocking three times on the third stall and asking if she is present. If she is there, she will reply with some sort of affirmative confirming her presence. The individual may witness a bloody hand, the hand or Hanako-san herself who may drag them to the pits of Hell. Or they may be eaten by a three-headed lizard as a price for invading the spirit’s privacy.

While there are tons of anime based on real-life events, the ones that I’ve mentioned in this listicle hit close to home. These have their cores in real-life events and the stories have been built around that. Anime in real life are many, as fiction is often a reinterpretation of reality. That is to say, that obviously not everything is based on real-life, and tweaks and changes are usually made to make it more appealing to the audience. You can catch all of these anime on popular anime streaming sites like the ones I’ve mentioned and watch them in English subbed and dubbed versions.

These are some of my favorite anime in real life. What’re yours? Let us know in the comments!