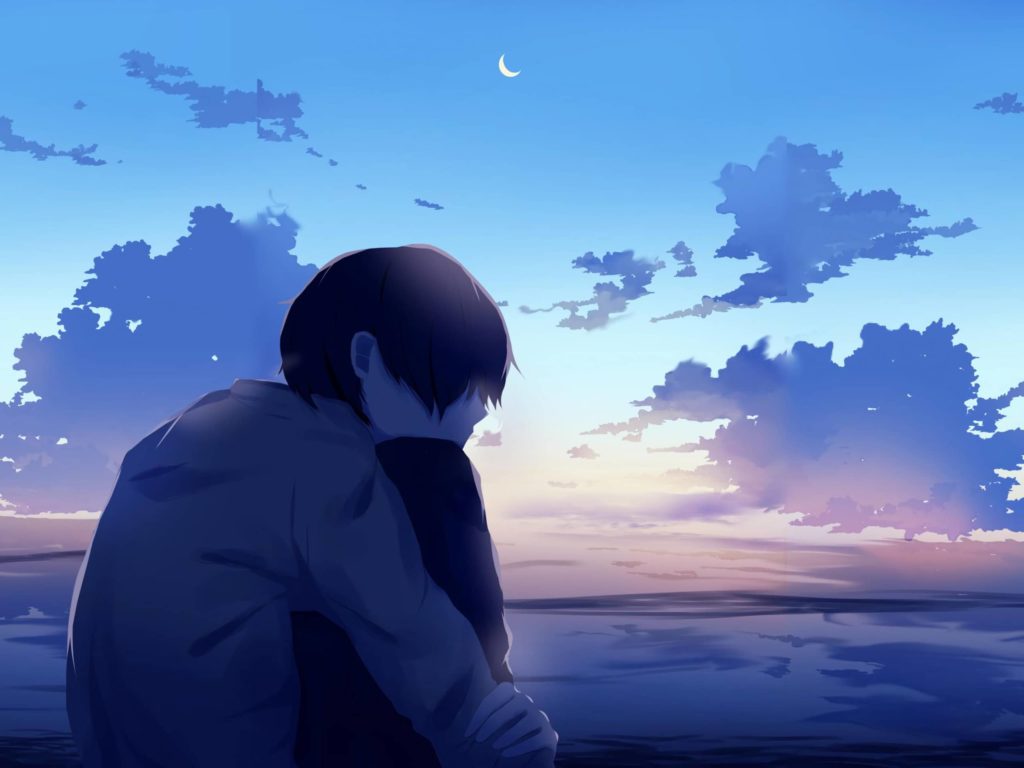 Sad anime movies are known to have the best storyline out of anime from all genres in fact nearly half of the all-time best anime list contains movies or series from the sad anime genre. But many anime forums claim that all anime movies are meant to be sad which is something of an exaggerated statement so to clear out the general misconception I will show you the best sad anime movies that capture the true essence of sad anime.

I have described each anime based on the movie length and story but not revealed everything to keep this list free of spoilers. The services where you can stream these sad movies have also been listed but if you do not have the premium version take a look at these anime streaming sites for watching free anime content.

Based on a true story, the film follows the story of Seita and Setsuko amidst World War 2 where the children are separated by their parents and seek ways to survive.

Review on Grave of the fireflies:

Director Isao Takahata tells a very raw story about the hardships of war in a very delicate way. Grave of the fireflies is a beautifully made film that will leave you in tears and realizing that it is based on a true story, which makes it even more dreadful and heartbreaking.

Rating on Grave of the fireflies

Review on A Silent Voice

A Silent voice deals with a lot of issues and delivers them exceptionally well. It is a story where you understand to not judge people from their doings and teaches you some really important lessons which will tug your heartstrings.

Rating on A Silent Voice

Wolf Children is a story about a Hanna who marries a Wolf Man and has children with him. After a tragedy struck in the life of Hanna, Hanna decides to raise her two children who can’t control their transformation, and takes them away to the countryside.

A story about the hardships of being a single parent is what Wolf Children is all about.

Wolf Children is a story of a struggling mother who tries to make ends meet while simultaneously taking care of two children who are part human and part werewolf. It is a beautiful film that both adults and children can enjoy and be grateful for all that our parents go through to make us who we are today.

Wolf children are sitting at a whopping rating of 8.1/10 on IMDB and we give it a rating of 4/5 stars.

Your Name is a story where Taki and Mitsuha, our main characters, switch their body without knowing. Mitsuha who lives in the countryside dreams about living as a boy in the hustling bustling city of Tokyo gets to live her dream as one fine night she switches her body with Taki, who lives in Tokyo.

Confused and blundered about what happened and also figuring out how to live in a body of another sex, Your Name deals with the thoughts of youths in Japan.

Review on Your Name

It sure did surprise a lot of people in 2016 as it was not nominated for Best Animated Picture at the Oscars yet Boss Baby was. But Director Makoto Shinkai created a BEAUTIFUL film with Your Name.

Not only the film is visually stunning to look at with the hand-drawing animation of Anime but deals with Romance in such a new and unique way with Body Swapping.

Your Name is a type of film which you would appreciate more if you are a hard-core Anime fan with its signature humor and style. And although the film has funny bits in it, it is still a heart-wrenching tale that will get your eyes to moisten up.

Rating on Your Name

Loosely based on the novel of the same name, The Girl Who Leapt Through Time is a story about Makoto who figures out the ability to drift through time and space. But soon after fidgeting with time, she realizes that her actions have consequences as well.

Review on The Girl Who Leapt Through Time

Director Mamoru Hosoda made a fantastic movie with beautiful and gorgeous-looking shots, fast pacing, and a very tragic ending that will please the readers of this article looking for a sad anime movie.

The Girl Who Leapt Through Time asks the audience if they had the ability to change something in their past would they do it and at what cost? It has its share of hits and misses but it overall ties it in the beautiful bow that will surely make you cry during and after the film.

Rating on The Girl Who Leapt Through Time

The Girl Who Leapt Through Time is currently at 83% on Rotten Tomatoes and we would give it a rating of 3.5/5 stars.

On the Final note of this article, I would like to say that Anime Artists do create very emotionally tugging films. They are not all sad but the majority of them are very mature in the themes they portray with a very unique twist.

Take for example the film, Wolf Children, that film could have been something like Twilight where a girl falls for a man who is not a human (coincidentally it also features werewolves) and has a child who is part human and part vampire but Wolf Children isn’t about Wolfs. It is a story of a single mother trying to raise her kids without the support of her husband.

That is such a beautiful story, that is faced by a lot of women but told in a unique and beautiful way that none of us saw coming.

Anime movies are great fun to watch and they deserve all the respect they get. Now go and watch these 5 beautiful films and make sure you have enough napkins because you are going to cry your eyes out.