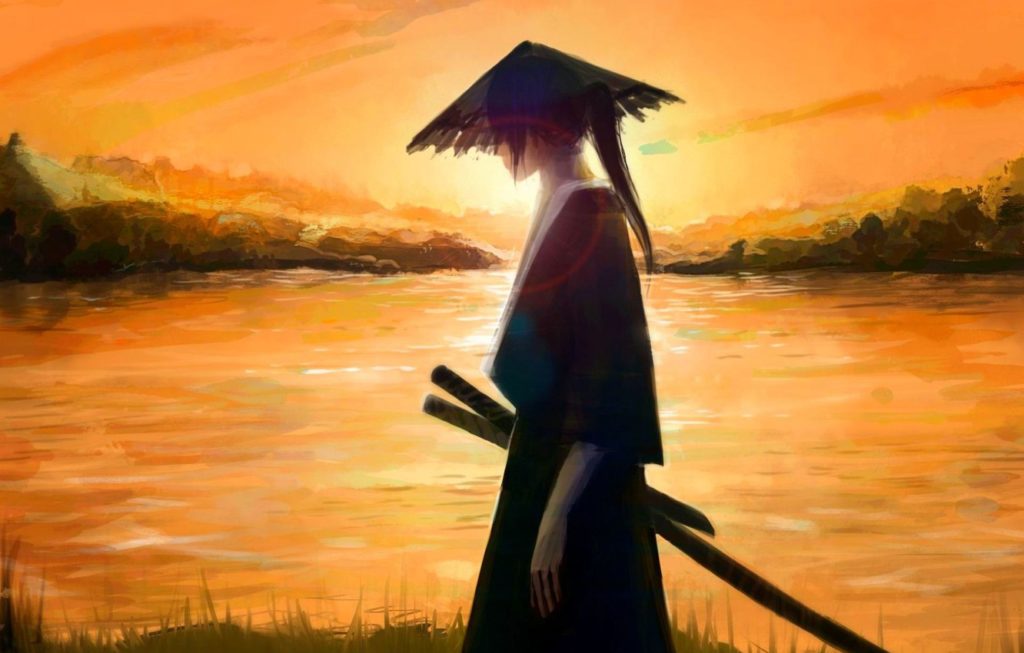 Samurais have a deep-rooted story in the history of Japan. They were sword-yielding warriors who lived in medieval and early-modern Japan during the late 12th century. These warriors followed the strict code of ‘bushido’ and prioritized honor over everything else. They upheld the codes of martial virtues, nonchalance to pain, and unfaltering loyalty to their masters. Samurais were honorable warriors who fought wars and battles during the entirety of the Kamakura Shogunate.

Since time immemorial, Samurais and their lives have been a hot topic for anime storylines. There are innumerable samurai anime that focuses on the time of the samurais, their daily lives, their battles, and their honor. There are numerous old anime shows and the latest samurai anime where the protagonist uses a sword to sometimes cut down their enemies, and at other times to protect their loved ones from harm. There are also samurai anime with romance in the plot, that portray passion, desire, love, and knighthood.

In this article, we will be browsing through the best samurai anime of all time that you can check out today! You can catch these samurai anime on any anime streaming site where you can watch them in English dubbed and dubbed versions.

So let us take a look at some of these best anime of all time with Katana warriors!

List of top 7 best samurai anime of all time

Probably one of my favorite samurai anime ever, Gintama is basically the show that got me through the monotony of quarantine and staying home last year. I remember binging this show night after night without getting tired or sleepy at all. Such was the charisma of Gintama!

Although it is essentially a comedy anime with lots of recurring gags and jokes, it still does justice to its Shounen anime undertones, by portraying heavy fighting sequences, bloodshed, action, adventure, and fantasy elements. It is an extremely wholesome anime that will make you roll on the floor with laughter on one hand, and bawl your eyes out on the other.

The only complaint I have against this anime is that it does not have a proper ending and ends quite abruptly which leaves you hanging with so many unanswered questions. There is supposedly a film that’s about to come out and I hope they do give us some closure in that.

Apart from all of that, it is one of the most engrossing anime that I’ve ever watched and I recommend every anime fan to join Gintoki, Shinpachi, and Kagura in their adventures and shenanigans!

This is one of the most renowned sword-fighting anime that will take you for a ride! This anime is action and emotion-packed and I was really taken aback by the story and animation. This samurai anime series is directed by the same person who directed Cowboy Bebop, Shinichiro Watanabe.

Watanabe has said in interviews that the main theme of this anime revolves around the representation and acceptance of death. And I think he has succeeded in portraying that perfectly. This anime features a lot of bloodshed and by the end of it I was bawling my eyes out as it was really hard to come to terms with some of the deaths in the series. It was as if I could feel the characters’ pain as they were living through one traumatic situation to the next.

I will definitely suggest every anime fanatic watch this anime at least once, as it deserves all the attention and recognition. It will also give you a lesson or two about Japan’s past and history.

Rurouni Kenshin is another legendary wandering samurai anime. It has been listed in the 100 most-watched series in Japan numerous times. This is one of the best anime that I’ve ever watched as it took me on a roller coaster ride of emotions and hardcore action.

The series is extremely well portrayed especially the characters’ emotions. After one point, I felt as if I could empathize with these characters and their pain and hardships. That was quite a difficult feeling for me as I would never imagine myself in their shoes and all the struggles that they went through.

The movie adaptation of this anime is also one of the best samurai movies of all time.

The manga for this anime has been penned by the god of manga himself, Osamu Tezuka sensei. And I would say that this anime is way ahead of its time when it comes to concept and themes. The main 1969 series got a remake in 2007, and if you are a dedicated fan, you should watch both!

Dororo’s story is gripping and narrates a fierce tale of power and revenge. The best part of this samurai anime is that it not only just tells a cliché samurai story, but also uses a lot of supernatural and mythological elements and themes like alchemy, magic, demons, goblins, etc.

Watching Dororo was quite refreshing for me as I had never watched anything like it before. And I want to share my experience with you, therefore, I’d suggest you go ahead and check it out today!

Afro Samurai is not your usual samurai anime. This is probably the only black samurai anime with a black anime character as the protagonist.  But this is not all. While most samurai anime is set in feudal Japan, this one takes place in a feudal yet futuristic Japan. Cool, huh?

The very offbeat nature of this anime is what drew me towards it. I had never watched anything like it before. Maybe my love for Afro Samurai topples my love for Dororo or Samurai Champloo. Truth be told, I was not expecting much from a samurai anime with a black protagonist, given, mangakas have not been very good with dealing with racially diverse characters in the past. However, I was proven wrong harshly and for a good reason.

This is one of the best anime that I have ever watched to date and I would highly recommend everyone to watch it. Its storyline, action sequences, philosophical undertones, and its ability to portray the life of a samurai perfectly are worth the watch. There is also a video game based on this anime that all gamers should definitely check out!

This anime is set in the Edo period of Japan and basically tells the story of various characters with a Katana. Saraiya Goyou is a good change from all the violent and explicit samurai anime that I have mentioned previously.

It has a much lighter storyline and tells the story of the inner daily lives of samurais. However, just because it’s light-hearted does not mean that it does away with heavier emotions altogether. That is not true. Saraiya Goyou impeccably merges the two, creating an outstanding story that deals with love, loss, death, pain, and other stuff in the spectrum of human emotions.

I will definitely suggest this samurai anime to every anime lover.

This series tells the story of samurai anime girls and is based on the Sengoku or the early half of the Edo period of Japan, although it is set in the present day. Usually, we see male characters dominating this genre, but this one is a little different. As is very obvious from the title, the main characters are samurai girls.

Hyakka Ryoran: Samurai Girls is also set in an alternate world where the Tokugawa shogunate is still active even after being defeated by the American forces in World War II, although they have isolated themselves from the rest of the world.

The strong female characters have been portrayed as being the descendants of famous figures from the Sengoku period and early Edo period. This gives this anime a very realistic touch. I would recommend anime fans to watch this show, as it features strong female leads who tack take down any man in combat. The story is also quite interesting and I’m sure you will have a good time watching it.

There are numerous other samurai anime that you can watch other than these. You can watch them in high-quality on anime streaming platforms like Crunchyroll, Hidive, Funimation, VRV, Zoro.to, Kissanime, etc. You can also download external subtitles if the English subs are not already present. You can check out our article for sites to download anime subtitles to know more about how to do this.

With every passing day, anime is becoming more and more progressive. Here we have anime focusing on the lives of samurai on one hand, as we have racially diverse characters in protagonist roles in other. There are also various anime based on video games that are available for you to watch and play. Truly, with every passing day, anime and manga are becoming more popular. And it has been for the best as more people are getting into them.

Has this list of samurai anime been helpful to you? Let us know in the comments!