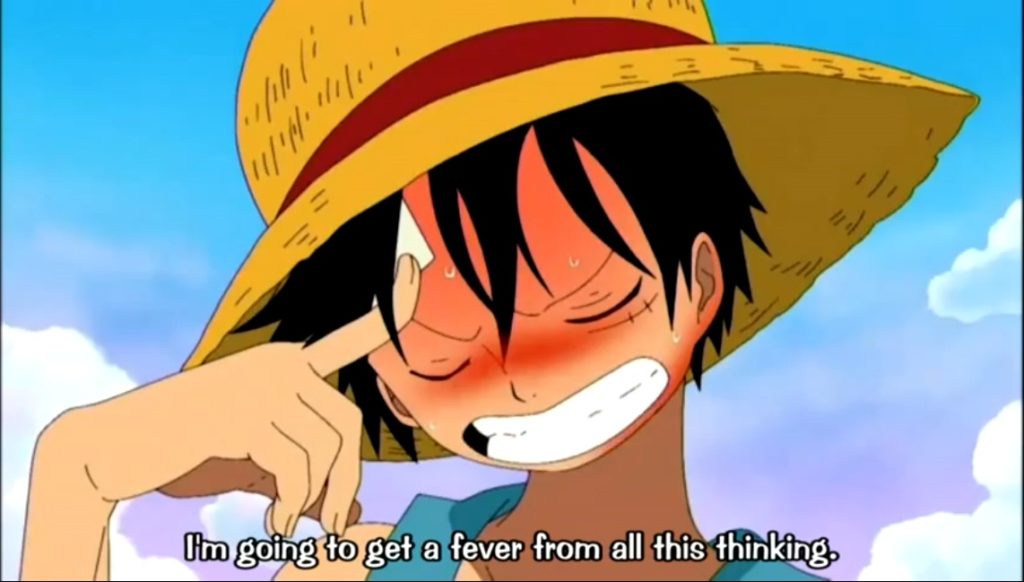 When an anime character is funny, charming, and has the brains we are all instantly attracted to them. Because let’s face it, there is nothing more charismatic than beauty with brains! Almost all anime usually has that one character who is highly intelligent, introverted and operates from the shadows. The “smart character” trope is so popular that almost every anime has someone who falls under that category or closely resembles it.

In this article, I will be introducing you to some of the smartest anime characters of all time, who not only stole the show but also the hearts of the audience. These characters appear to have a world of their own, with a highly observant mind’s eye. Such characters usually deal with an internal monologue throughout the series where the audience is informed of their strategies and plan of action. Often these characters also have an eccentric streak to their personality which makes them even more enigmatic and captivating. At the same time, most of them either end up being tragic and anti-heroes or anti-villains.

Let us look at some of the smartest anime characters who have been a part of this game sometime now!

Smartest Anime Characters of All Time

L Lawliet from Death Note made his appearance in the series as the “world’s greatest detective”. He was appointed to solve the case of Kira and the Death Note and the arch-rival of Light Yagami, the other half of the two main protagonists. He was known to have been taken in by Watari when he was only 8 years old into Wammy’s House, an orphanage for gifted children run by the former. He quickly displayed excellent levels of IQ and helped Watari solve his cases. He eventually became a detective himself and his genius led him to receive the title of the world’s greatest detective.

L is an idiosyncratic character whose mannerisms are extremely childlike yet he also possesses physical prowess enough to gain reputable skills in Capoeira (A Brazilian martial art). At the same time, he can eat bulks of saccharine treats and still not gain any weight. He sits in a particular hunched style and justifies his excessive sugar intake by claiming that sugar stimulates his brain.

These unpredictable sides to L really make him interesting in the eyes of the audience. His erratic personality is balanced by his resourcefulness, ability to see the bigger picture, creative thinking, and quickly spot anomalies. He is definitely one of the smartest anime characters. Death note is known for being an anime with smart main characters, and L lives up to that reputation.

Sosuke Aizen is an enigmatic and charismatic anti-villain from Tite Kubo’s hit series, Bleach. Aizen was one of the Captains of the Gotei 13 in Soul Society who betrayed his former colleagues to plot a vicious plan. He is later defeated by the show’s protagonist Ichigo Kurosaki, but is this the end for Aizen?

Sosuke Aizen is known for his charisma, ability to minutely judge a situation, calm and observant personality, sense of superiority and talent of turning any situation in his favour. The ex-captain turned villain displays less than he actually is and this is an excellent advantage he has in battles. He is one of the most intelligent anime characters and he is probably the most interesting and smartest anime villain I have come across.

Aizen is not just evil, no, I believe he has transcended the threshold for that word. He is the epitome of a true narcissist who is devoid of any other emotions other than superiority and grandiosity and his only agenda is to step on everything else to gain power. This is truly interesting to experience from the point of view of the audience.

Winry Rockbess from one of my favourite series of time is probably the smartest female anime character I know. She is the friend of the shows two young protagonists, brothers Edward and Alphonse Elrich and is a skilled automail engineer.

She is deemed to be a prodigy in her line of work and has been fixing automail since a very young age. She is exceptionally kind and cares deeply for the ones she loves. Just like she is ready to take a bullet for the Elric brothers, she is also ready to lash out violently at them when they accidentally damage her automail!

Winry Rockbell was extremely brave, strong-willed and emotional. She was able to conquer her hatred for Scar who murdered her parents, who helped him. Winry Rockbell is an impressive heroine in Fullmetal Alchemist and definitely the one to vouch for.

Osamu Dazai was perceptive, scheming and could plan way ahead for the future. He always had a backup for a backup plan and could read a situation down to its minute details. But more than this, he was renowned for his extremely erratic and idiosyncratic personality that imitated a few of the mannerisms and shenanigans of the real-life author.

Osamu Dazai appears to be exceptionally annoying to his colleagues but also respected and well-loved by all of them for his distinguished ability to solve any case and get the necessary results out of any situation. So much so, that he was also respected and admired by his ex-colleagues, members of the Port Mafia, who ask for his help to solve cases from time to time. He is an anime character who is extremely smart and funny.

The protagonist of the series, in my opinion, is one of the smartest anime characters of all time. He is known to possess an IQ of 200 which is an impressive score and he displays his exceptional brainpower throughout the series on many occasions.

Ash is a quick-thinker, and an impressive decision-maker, proven by his ability to make on-spot decisions during times of spontaneous crisis. He is skilled in martial arts and gun-fighting and can figure his way out of a puzzle quite effortlessly. He is also extremely charismatic and observant of others and can read people really well.

Ash is one of the smartest male anime characters who also have a gentle and caring side just like a more vulnerable and anxious one. He is a dynamic character who is brave, caring, calculative and charismatic all at the same time.

One of my favourite characters ever, Itachi Uchiha is an exceptional judge of character, observant and planner. He is dedicated to achieving his goals and values peace and harmony over anything else.

He is respectable, serene and soft-spoken to others, even his enemies and yet he always has something up his sleeves to inflict maximum damage on them. As a child, Itachi was portrayed to be a loving brother to Sasuke Uchiha, a respectable son to his parents and a star-child to his clansmen. Itachi would even sacrifice himself to protect the ones he loves and was traumatized after he was forced to kill his parents and annihilate his clan.

Itachi was empathetic and could go to lengths to achieve what he wants although his main intention behind most of his actions is to help his little brother see the truth. His ability to form on-spot strategies and make decisions according to the situation at hand is unpaired. He is indeed one of the smartest characters in the entire series of Naruto.

The lovable teacher from Assassination Classroom, Koro-sensei was an all-around favourite with his students because, really, he is the teacher everybody needs in their lives. He was extremely compassionate and always encouraged his students to be better versions of themselves.

He was extremely knowledgeable in every field and his intelligence and resourcefulness were unparalleled. He was revered by students and colleagues alike and was always pushing everyone around him to do their best.

Koro-Sensei’s caring nature and empathy and his ability to bring out a solution to every problem only made him more respectable to his juniors and peers. He is definitely my favourite anime character ever who is worthy of being termed as one of the smartest anime characters.

The smart character trope in anime has really given birth to some of the most impressive and lovable characters who have successfully earned the respect and appraisal of the audience. These characters, no matter good or evil and everything in between has definitely snatched the attention of us, anime lovers and will continue to be so for a long time! Who are your favourite smartest anime characters of all time? Let us know in the comments!