Solo Leveling Anime? Is it possible or not? 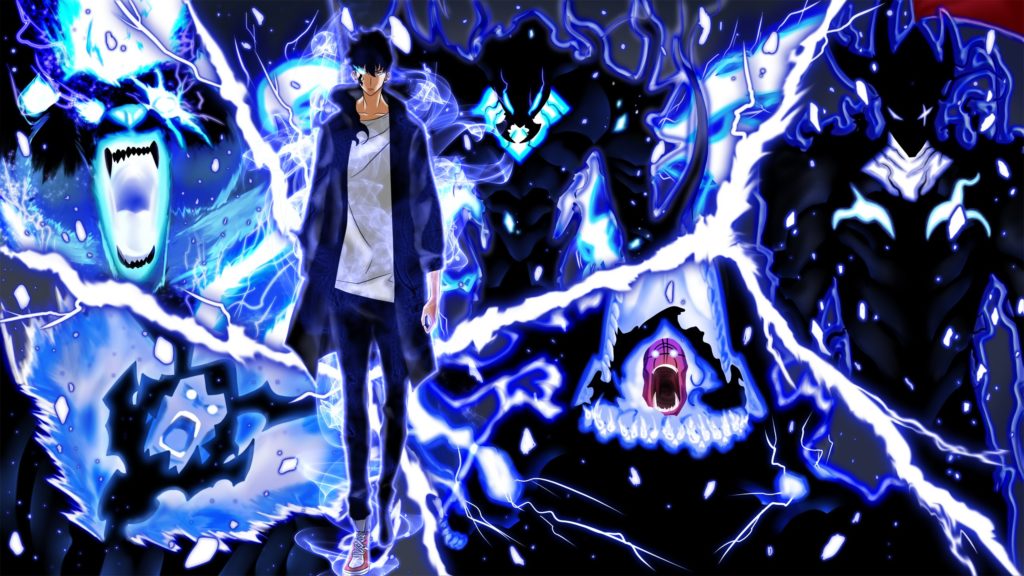 Solo Leveling is one of the most popular South Korean Webtoons that swept the markets back in 2016. Since the days of its inception, it got a lot of credits for a lot of aspects like storytelling, setting, characters, plot devices, etc. And needless to say, it has garnered a great reputation among manhwa and manga lovers all across the world. Even today, it is only attracting a bigger fanbase.

However, the problem lies with the Solo Leveling anime. Since it came out, fans have been anticipating an anime adaptation of this ground-breaking work by Chugong. Although the webtoon has given rise to several other manga like Solo Leveling, an anime adaptation is still nowhere to be seen although it has been almost 5 years since it hit the shelves. And the weirdest part is that there has been no news, debates, or a single notification about this scenario.

So, what is the reason behind the impossibility of a Solo Leveling anime although the webtoon has acquired so much attention? Clearly, there is something or the other that is responsible for this drawback. In this article, I will be going through the same and listing out 5 probable reasons why a Solo Leveling anime isn’t happening anytime soon. So buckle up and get ready to curb all doubts that you have regarding the topic of Solo Leveling anime!

Why is it not possible to make Solo Leveling Anime a reality?

It probably won’t be very appealing to the Japanese Audience

In this manhwa, the major issue lies in the fact that Japan has been depicted as an antagonist nation and most of the villains and side characters belong to the Land of the Rising Sun. Although the Korean audience is seemingly okay with this, it might not be the same for the Japanese audience. The Japanese are known to be hardcore patriots and are extensively proud of their culture and heritage. Seeing that same thing regarded in such a negative light might be met with a lot of eye-rolls and boos.

Also, anime is a typically Japanese thing and almost always produced in Japan by Japanese production houses. So, it is highly unlikely that the Japanese animators would want to portray their own country in such a terrible light and receive backlash from the Japanese audience.

If you have read the Solo Leveling webtoon, you must’ve taken special notice of the art style and action sequences. And this is exactly what creates a problem when it comes to making the Solo Leveling anime. Adapting such hi-fi and intricately detailed fight scenes, magical creatures and high-intensity moments will definitely not be such an easy task. It will most likely be a challenge to the production studios to create an exact animated replica of the webtoon.

Fans who have enjoyed the manhwa will definitely be expecting top-notch animation when it comes to their favorite. And keeping up with these expectations will be an extremely difficult task for the production studios. This is exactly the scenario that we saw in the case of the latest season of Attack on Titan with fans complaining about the animation and CGI quality of MAPPA. Studios are hell-bent on avoiding such a case scenario because it seriously can take a toll on their reputation.

It will definitely be difficult to promote Solo Leveling outside Korea. Although it has grabbed a major amount of attention in the past few years, it is still not enough. To this date, there are no official translations to this manhwa, the ones that are available on the internet are fan-made ones.

Japanese anime’s are usually easier to promote as they are often advertised on TV commercials, billboards, restaurants, and many other places. There are also global broadcasting channels like Animax that is an anime and Japanese content-only channel and readily cater to the audience’s needs all across the world. But this is where Korean media is lacking majorly. This can prove to be a serious challenge when it comes to promoting the Solo Leveling anime. We highly doubt it will get the same exposure outside Korea as within the country.

Studios like MAPPA, WIT, Ufotable, Madhouse, etc, that are widely known for their A-class animation, have not shown any interest in adapting Solo Leveling into an anime. It is sad but true. Both MAPPA and Ufotable that have created gems like Jujutsu Kaisen and Demon Slayer respectively would be perfect if Solo Leveling were to be made into an anime. This particular manhwa deserves studios like MAPPA and Ufotable known for their top-notch animation.

However, none of these studios have been enthusiastic about creating the Solo Leveling anime. And if the studios themselves are not ready for it, it is highly unlikely that we are going to get the anime adaptation of this fantastic webtoon in the future.

Other popular webtoon anime adaptions have failed before

There have been several webtoons like Noblesse, God of Highschool, and Tower of God that did end up getting an anime adaptation. However, these manga like Solo Leveling that are also made into anime have been massive failures in the past.

None of their anime adaptations were even close to as entertaining as their webtoon counterparts. This ended up being a major setback in the area of webtoons getting an anime adaptation. Tower of God has been missing after the release of only one season, God of Highschool majorly messed up the story and Noblesse skipped a lot of chapters in the anime. This pretty much led to fans being skeptical about Solo Leveling being adapted into an anime.

So, it seems highly unlikely that Solo Leveling anime is happening anytime soon. Although if you are still in the high of reading this badass manhwa, you might want to check out some of the other cool manga like Solo Leveling. These are just as engaging as the former and will definitely keep you hooked until the very end. What are your thoughts on the Solo Leveling anime? Let us know in the comments!