Stardew valley vs Harvest moon, A detailed comparison between the two 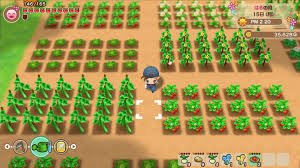 It’s Stardew Valley vs Harvest Moon today and we are here to answer all the frequently asked questions related to these wonderful games.

Stardew Valley vs Harvest Moon is going to be a close battle as both of the games are not only from the life simulation RPG genre but also have a very similar plot when it comes to the backstory of the main characters.

We have tried to help you make an informed decision regarding both the Games. So sit back and relax.

What is a stardew valley?

Stardew Valley is a game where the players have to play as a character who has acquired his grandfather’s dilapidated farm.

The game is very huge and detailed thus it enables the participants to take on several activities such as growing crops, raising farm animals, preparing goods, mining for ores, selling crops, and hanging out with the townsfolk, and it also includes marriage and having children.

It also allows up to three other players to play together online as it Supports both single as well multiplayer mode.

What is the Harvest moon?

Harvest is one of the OGs when it comes to Stardew Valley vs Harvest Moon in the Life simulation RPGs genre.

Harvest Moon is a game that popularized the Farming life simulation video games.

Designed in Japan in 1996, Harvest Moon was one of its kind video games that first gave the idea of you as a player inheriting the farm from your grandfather and then building it back up from scratch.

The main differences between Stardew Valley and Harvest Moon are that the overall design and construction of the games don’t match as Stardew Valley is complex and is targeted for mature gamers whereas Harvest Moon though with better composition is relatively for the younger generations.

When it comes to the overall experience and map limit in the battle of Stardew Valley vs Harvest Moon, Stardew Valley is massive and the map is filled with many days and night time activities whereas Harvest Moon consists of a very short map, and the activities are limited to a certain extent especially in the night as the players can only access the bar.

The concept of family and having a child are present in Stardew Valley and are nowhere to be seen in Harvest Moon.

The backstory of the lead character in both the games is exactly the same as in both of the games they inherit the farm from their grandfathers. This is the reason why many people get confused between these two.

Stardew Valley vs Harvest gets very interesting as all the activities like Farming, selling crops, raising farm animals, manufacturing tools, and socializing with the town members are the biggest common factors of these two equally popular games.

Also Read: Story of Seasons (Trio of Towns) Everything you need to know

When it comes to the Gameplay comparison of both games we can say without a doubt that Stardew Valley has an upper hand on Harvest Moon as the Map is very comprehensive and detailed and the concept of family planning and raising a child can be the selling point for some of the players.

All the other activities are similar but the design of the game and the characters are from two different artistic styles, therefore, the gameplay in Stardew Valley is smooth and is more mature whereas Harvest Moon portrays an animated look which may not be good for some of the users.

The details in watering the crops once every day and feeding the livestock once every day is a very nice touch in Harvest Moon. The game mechanics are such that if you don’t feed your livestock they may fall ill and die or can even be eaten by wild dogs.

This is missing in Stardew Valley but this loss is covered very well by creating a collection of very beautifully designed Characters and their background stories.

Stardew Valley is a life simulation RPG video game that was developed by Eric Barone who is popularly known as ConcernedApe in the gaming industry. It was released by ConcernedApe and Chucklefish for all the platforms like Microsoft Windows, Linux, PlayStation, Xbox One, Nintendo, and Android, iOS devices starting from 2016 to 2019.

The title was first published in Japan in 1996, in North America in 1997, and in Europe in 1998. The European edition shipped with language localizations for countries like Germany and France.

In the fight of Stardew Valley vs Harvest Moon, I have tete-a-tete subsided for the simplicity of Stardew Valley as it is not only highly enjoyed but the fact that it gives so many activities in a very simple and easy to use form factor.

It is very easy to get hooked to this game as there are many things to accomplish. Players can grow a variety of fruits and vegetables, opt for fishing, make friends, and can run a very profitable Farm with lots of livestock in it.

As we have seen the situation where we pitted Harvest Moon against Stardew Valley in which I think Harvest Moon performed well. Although there were drawbacks to it, Harvest Moon proved why it popularized the farm Life simulation setting in the video game world.

The game itself is very comfortable and easy to play and is everything that the Stardew Valley franchise has to offer apart from the Family thing and the extensive Map.

Harvest Moon is great for all the beginners and the younger generation players who are looking for a simple and quirky game to keep them busy and on their toes.

I would rate Harvest Moon ⭐⭐⭐⭐ when compared to Stardew Valley which is ⭐⭐⭐⭐⭐ rated, only because of the drawbacks which are mentioned above.

The final verdict on is Stardew valley similar to Harvest moon?

My final verdict for the Stardew Valley vs Harvest Moon battle is that even though the Harvest Moon franchise is quite similar to Stardew valley when it comes to the backstory and activities but it is clearly inferior to it when it comes to detailed gameplay and character and game design.