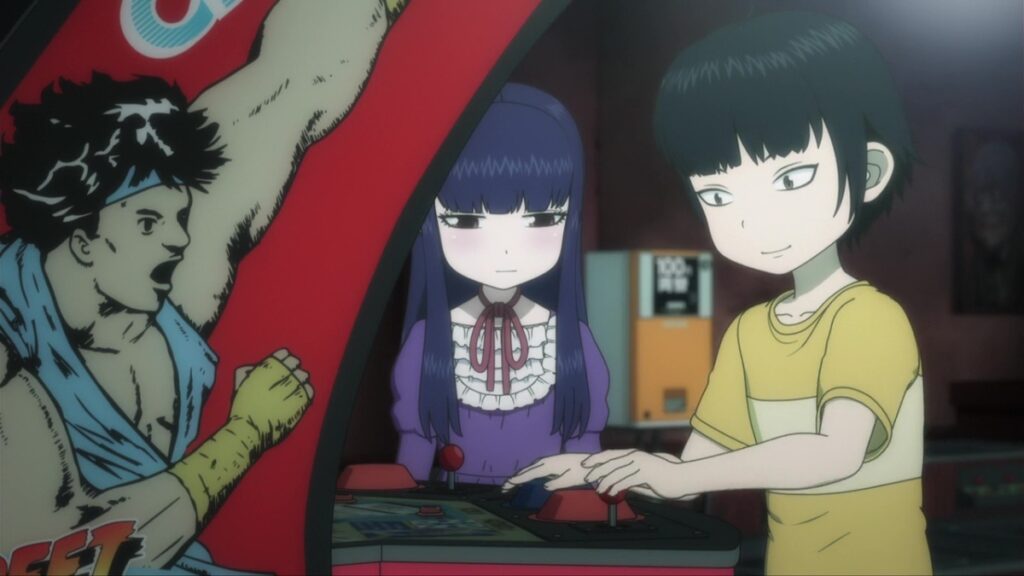 Anime has established itself as a prominent source of entertainment all over the world. The animation characters are naturally very appealing for a video game. Every popular anime character has unique physical attributes and superpowers which can be blended into a video game quite easily.

Anime connects effortlessly with the younger generation who are very tech savvy. Developing a video game based on anime may sound like a match made in heaven. However, given the power of anime it puts immense pressure on a game developer to deliver a video game worthy of being associated with a top anime.

There are just a handful of anime games that have managed to live up to the reputation of the original anime. Most of the anime games have been a major let down in terms of quality, graphics and Interface. In this article, I have done a thorough research in an attempt to find some diamonds in the rough.

Here is a list of the few anime game titles that have managed to match the expectations of anime fans and deliver a gaming experience that is as pleasurable as watching the anime series.

List of the best video games inspired by anime

Note: The scoring for each video game based on anime is done by Metacritic. It scores an anime out of 100.

Top 10 video games based on anime

Dragon Ball Z: Xenoverse series is the only Dragon ball video game that has lived up to its expectations.

Xenoverse 2 which is the second game in the series has a revamped gameplay with intriguing gameplay. This video game inspired by the Dragon Ball series sits on the 10th position as the best video based on anime.

You may also like: Top 15 Anime based on video games

The plot of Attack On Titan anime laid the foundation for its video adaption. After many rumors, in 2016 Attack On Titan game was finally released. Initially, fans had mixed emotions for the video game adaption of an all-time great anime. And there was no doubt that the developer had his work cut out to deliver a sequel with tons of improvement.

The much-awaited Attack On Titan 2 video game was a welcomed sight for fans. The sequel made some awesome improvements. The second Attack of Titan game made major gaming changes starting from improved movement mechanics, better combat, and a new feature that gives players a chance to create their very own character that blends into the story.

Just like Dragon Ball, the game developers went on to do more damage than good to another top anime. Naruto has a loyal fan base comprising of millions of fans. Fans were not at all happy when the Ultimate Ninja Storm series was released, the game was a major flop which put a lot of pressure on CyberConnect2’s franchise.

In comparison to some of the generic video game released that feature only a battle theme, Gundam Battle Assault 2 takes a unique approach and delivers genuine competitive gameplay with a reliable fighting system being a major highlight.

Out of the numerous Naruto video games, The Ultimate Ninja Storm series stands out as one of the best anime fighting anime games of all time.

The artistic story mode of Naruto Shippuden: Ultimate Ninja Storm 3 allows the game to leapfrog its predecessor, the Ultimate Ninja Storm 4 that has a reputation for it’s T combat system that delivered some of the toughest and energetic battles in the Naruto video game franchise.

Intimate Ninja Storm 3 Full Burst was re-released with major updates in 2013. The developers made enough improvements to convince Metacritic to give the game a solid score of 80 which is the highest any Naruto game has received.

Yu-Gi-Oh! is a top-grossing anime that was bound to extend into a franchise for movies, shows, card games, and video games. When the much-awaited Yu-Gi-Oh! The Eternal Duelist Soul video game was finally released it received heaps of critical admiration from games and anime lovers.

Bleach: The Blade Of Fate

The storyline and characters of Bleach screamed out for a video game adaption. Bleach: The Blade Of Fate is one of the few shonen anime that has a video game that is accepted by critics and fans alike. The video game quite elegantly narrates the frantic action of the anime making it a very addictive game for Bleach fans.

The Blade Of Fate released back in 2006 and is still one of the best fighting games in the anime space.  Dark Soul was an extended version of the game. Dark Souls is a decent game particularly for handheld consoles, however, when it comes to the best anime games The Blade of Fate surpasses its successor by miles.

Astro Boy: Omega Factor is one of the best video games made from anime to play on Game Boy Advance. In the game, you can play the Astro Boy character which most anime fans love.

The storyline is somewhat similar to the original anime. For gamers who would want to play the character of Astro Boy, this game is a no brainer. You can customize Astro Boy and literally write the ending of the anime in this video game. Now, how cool is that!

Capcom is the creator of multi-universe video games. It received heaps of praises for merging characters from different anime into a single fully-loaded action video game. The Marvel Vs. Capcom series is just one of the many masterminds from Capcom.

Capcom being typical Capcom decided to merge another anime multiverse and released it by the name of Tatsunoko Vs. Capcom: Ultimate All-Stars.

This game was an instant hit among video gamers that received an overall score of 85  from Metacritic.

Tatsunoko vs Capcom is an incredible blend of bright characters including the likes of Capcom game characters and the members Tatsunoko Production’s anime series. Capcom’s Vs. series is very popular among anime fans and gamers alike and you just cannot miss out on this hit series.

When you look for video games made from anime the fighting games genre is the creme la creme. And topping this list is the literal definition of a fighting anime game. Developed by none other than Arc System Works,  Dragon Ball FighterZ joins their illustrious list of top video games alongside the likes of Guilty Gear series.

With exciting features such as a litany of well-balanced fighting characters, you are right to expect a complete cohesive fighting experience. Dragon Ball FighterZ is one of the top 10 competitive Esports games, I would not be able to do justice to the sheer quality of this video game. This is one of the few anime video games that goes beyond expectations.

Each of the above-mentioned video games is inspired from an anime movie or anime series, if you are curious to watch the origins of your favorite anime games then visit these anime streaming sites where you can watch any anime for free.

I constantly look for new updates in these video games and add or remove them from this list accordingly. Let us know in the comment section what do you feel about video games based on anime is it enjoyable? Or is it just a bad marketing gimmick?