What is the difference between Manga and Anime? – Geekymint

What is the difference between Manga and Anime? 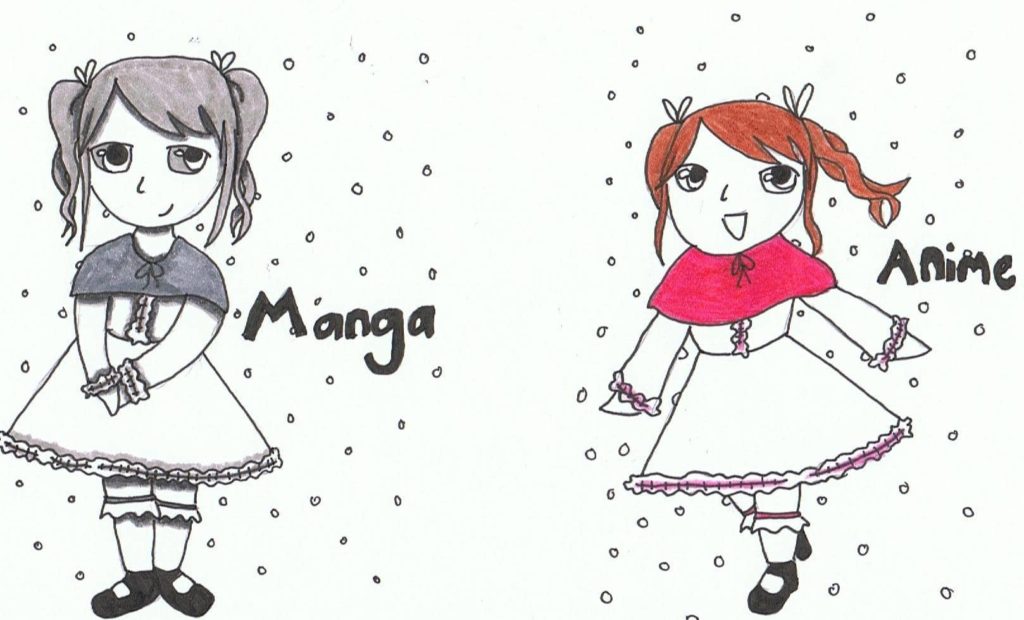 I’d like to start the article with a major shoutout to the creator of both manga and anime Osamu Tezuka, also known as the ‘Walt Disney of Japan’ and ‘the godfather of Manga’.Being a lifelong admirer of Japanese entertainment, I love to read manga and watch anime. As part of my attachment to the culture, I actively participate in forums related to all things manga and anime where I find tons of fan theories and so much more. But none seem to have the answer to what is the difference between manga and anime. So, I conducted my own research to find an answer, and here is what I found:

Manga and anime have always been an integral part of Japanese arts. They are two peas of the same pod but completely different in nature. Briefly put, Manga is a representative term for Japanese graphic novels and comic books and anime is a term for Japanese animation. Knowing the exact difference between manga and anime is not that simple, some may ask is anime a cartoon? since it denotes animation. So we have to dig deeper to find out more.

Manga are graphic novels or comic books. You must have noticed that manga is often published in black and white, unlike anime. This is simply because publishers release new chapters in manga books every week, color printing would simply delay the release.

While manga is released by publishers, usually you will find a single mangaka who prefers to be both the author and illustrator. For instance, the manga One Piece has just one mangaka, Eiichiro Oda.

Also read: The best manga of all time

Locally in Japan all forms of animation are described as anime, similar to how cartoon is a term used in English. But if we see all over the world anime is a term given to Japanese animations.

Anime brings all its characters to life, it has a very nostalgic style through which it shows different emotions from laughter to emotional bonds. While cartoon animations are made for childrens using a funny theme, Authentic anime is a reserved title for adult themed characters and meaningful storylines.

Also read: The best anime of all time

Manga is more original than Anime

Unlike anime, you will find much self-published Manga also known as doujinshi. Mainly because, top Mangaka’s always take pride in illustrating original content, they believe in having a personal connection with each character that they draw.

Anime on the other hand is often based on manga, for instance, One Piece anime is a depiction of One Piece Manga. This is often the case because anime production is costlier than manga so producers find it more profitable to release an anime based on manga that already has a loyal fanbase.

To sum it up, if we compare both we will find more original manga than anime.

Manga and Anime are both closely related it is nearly impossible to pick one. In my opinion, if you read manga then you have to watch anime as well. The Joy of reading the deeds of your favorite character cannot be enjoyed by watching them in anime and vise versa.

The main difference between Manga and anime is one is just a books and one is made into TV series and movies. Let me know in the comment section below if you are a manga fan or anime fan.

For manga fans: check out these sites to download manga books for free

For anime fans: check out these anime streaming sites to watch your favorite anime