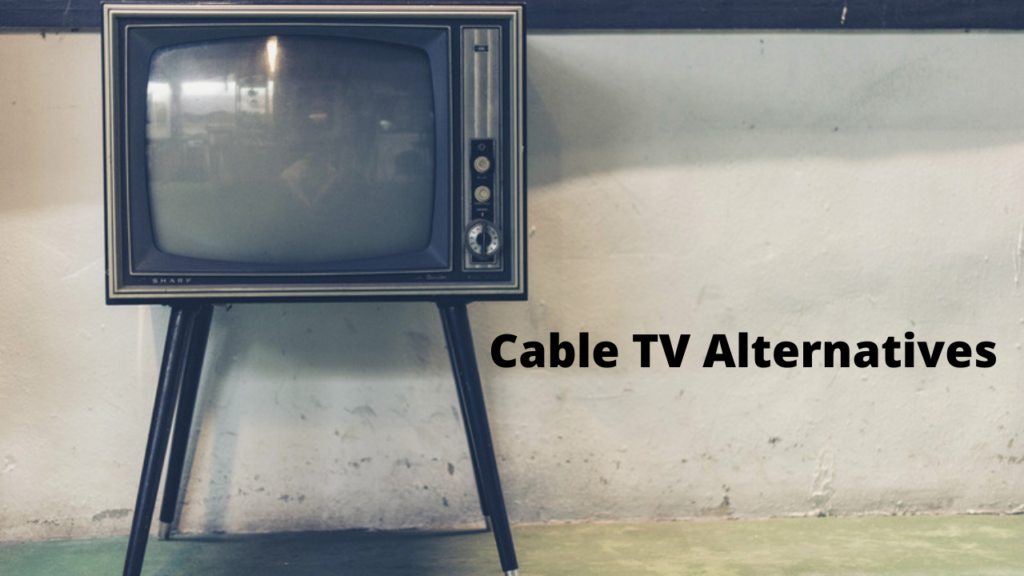 Cable TV is obsolete now. ‘A thing in the past’ if you like to call it. Gone are the days where we used to Record shows on our Tata Sky + or Dish Tv or Airtel Tv and all this is not just because of the pandemic, this trend had started way before the pandemic. The problem was the number of ads in my opinion.

Ads main job is to sell the product to the targeted customer but nowadays they seem to be doing the opposite of it, because of its overindulgence people now just look away from them and that’s what happened with Cable TV as well. Do you remember the long number of ads you used to have to sit through if you were watching a movie on Set Max or &Tv?

And streaming services took advantage of this by making subscription plans where you could watch your favorite shows and movies without any ads. And now all the streaming services are following that track where your Daily soaps have also transferred to Digital Streaming Platforms of some kind.

Therefore here are some cable Tv alternatives that offer you great content with limited ads on them.

YouTube TV is a television service provided by YouTube itself in the United States. It features live tv and multiple add ons just like a regular tv subscription. Along with it, you also get unlimited DVR space for your live tv recordings.

YouTube TV aims to cut the cable service by saving you around $500 annually with its subscription plan and add ons.

YouTube TV works on a monthly base fee and then additionally for premium add ons such as HBO MAX, 4K quality video, etc.

YouTube TV definitely aiming for substituting your Cable TV and it doesn’t even require a setup box. It runs on most of the TV’s and Hardware and has a ton of things to like about. But its Add ons package can be confusing and it doesn’t always stream in 4K as it has variations in streaming quality.

YouTube TV is a strong contender and we give it a rating of 3.5/5 stars.

Hulu is a unique one because it not only is an alternative for Cable TV services but is also an alternative for various streaming services.  Hulu is owned by The Walt Disney Company and Comcast therefore it is not just a Cable TV Service. It has its own original series and movies and along with all that you can get Live TV subscription as well with 75+ channels.

And since it is owned by Walt Disney you can actually get a Disney Bundled Pack of $13.99/month where you get access to Hulu, Disney + and ESPN +.

So if you are just looking for cable tv for Hulu then Hulu has one monthly base plan without the addition of Add-ons like HBO Max, Showtime, Cinemax and Starz

Pro and Cons of Hulu

Hulu has lots going for, it is not only a competitor to Cable TV but also to streaming services like Netflix, Peacock, etc. It has a good UI but it’s convoluted plans such as Hulu with ads, without ads, with Live TV can confuse some of its consumers and that can do them more harm than good.

Although if you are not a Hulu fan, we have curated a list of Hulu alternatives just for you.

Hulu is a great substitute to Cable Tv and we give it a rating of 4/5 stars.

Pluto TV is a totally free service provided by Viacom CBS Streaming and is a sort-of Live TV streaming service. What Pluto TV does is that it combines all that is free to watch on the internet and brings it all in one streaming platform.

It has various channels available and some sports networks as well such as NFL, Fox Sports, but don’t get your hopes high. They only show the repeat telecast of the matches and not live matches.

Pro and Cons of Pluto TV

On paper, Pluto TV sounds like a whole deal. It’s free, provides 250+ live shows and televisions and has multiple movies. But if you dig into it a little bit you’ll find that the movies and tv shows are old, the live shows are free because they are run on the internet for free (which means you can see them anywhere else) and it doesn’t feature a lot of cable tv requirements like DVR.

But since it is practically free of cost, it can work for some people. But it certainly is not a substitute to cable.

IMDB TV is a free service, it runs on ads and it doesn’t show any Live Tv but streams Movies and shows on its page. It can only be accessed by people residing in the U.S and nowhere else.

Its parent company is currently Amazon so IMDB TV can be accessed through your Prime Video App or through the IMDB Application. It does run ads in between the shows and movies but to know which shows and movies it is streaming right now click on this link.

IMDB TV is free of cost but some titles are available to Buy or Rent On Prime Video app.

Pro and Cons of IMDB TV

IMDB TV is a free-of-cost service but if you are looking for Live Tv then you might be a little disappointed with it. It does have a good library of content for free and is constantly working to make itself better but without a dedicated app and website, it is hard to stream its content.

We would give IMDB TV a rating of 3/5 stars

Tubi TV is another free alternative to Cable and offers a great ton of shows and movies on its platform.  It has over 20,000 titles and over 20 million monthly visitors.

Tubi TV is available on various devices such as PlayStation 4, Roku, Fire TV, Chromecast and more.

Tubi TV is free of cost.

Pro and Cons of Tubi TV

Tubi TV is alright at best. Its content library is free of cost but they vary from moderate to downright C Grade films like ‘Thor : The End Of Days’ don’t get your hopes high it is not a Marvel movie but a cheap and poorly made film.

And that is mostly the content available on Tubi TV, it is not a prime alternative to Cable tv if you want to watch content with add ons.

Vudu is owned by Fandago and it is an interesting one because it does have some really good content and latest films like Fast 9 and Black Widow but it is a renting website. You can either buy or rent your film from the website and enjoy it at your leisure.

Vudu also has a catalog of TV series that,again, you can buy or rent for yourself. And a ‘Free’ section where you can watch good movies but with ads.

Vudu doesn’t have a specific subscription plan. There are different movies available at different rates.

Vudu has its own target audience and they are the people who used to rent movies like the days of Blockbuster and earlier days of Netflix. It is a platform that works because some studios don’t give licenses to various streaming platforms and only put it on rent after its theatrical release.

Films like Daniel Craig’s James Bond series aren’t available on any streaming platform but it’s available on Vudu but for a cable alternative it is not the prime contender.

We would be giving rating of 3.5/5 stars

Roku is like Fire TV stick where it is an easy replacement to Cable tv. You don’t need a setup box, just connect the dongle with HDMI to your TV and stream free channels such as BBC iPlayer, Pluto TV, and more.

It is, in my opinion, the true alternative and substitute to Cable TV because it converts any TV into a smart TV and you can stream all your favourite content from different apps on Roku.

Roku doesn’t have a subscription fee except for the subscription plans of different streaming services you subscribe to.

Pro and Cons of Roku

Roku is technically a streaming platform rather than a streaming service. It is the new age of cable tv where you can surf from various streaming sites and watch the content you want to watch.

On the final note, I would like to say what I said at the beginning of the article that cable is now obsolete. People have stopped purchasing cable tv subscriptions and started paying streaming service subscriptions where they can watch ad-free unlimited content and stream in 4K with Dolby Digital Plus.

No matter how many features they add, it is sadly not comparable to streaming. Now streaming services provide live tv, live sports, daily serials 24hrs before they are air on tv and so much more.

Yes, there is an added advantage in cable tv that your content is already playing live and you don’t have to sit through thousands of content to figure out what you want to see but Netflix is also figuring out a solution for that problem by the feature ‘play anything’ where it’ll stream anything from its content.

But yeah, sadly the days of cable are over and digital media is the new thing. Hopefully, you found some cable tv alternatives that you might like.