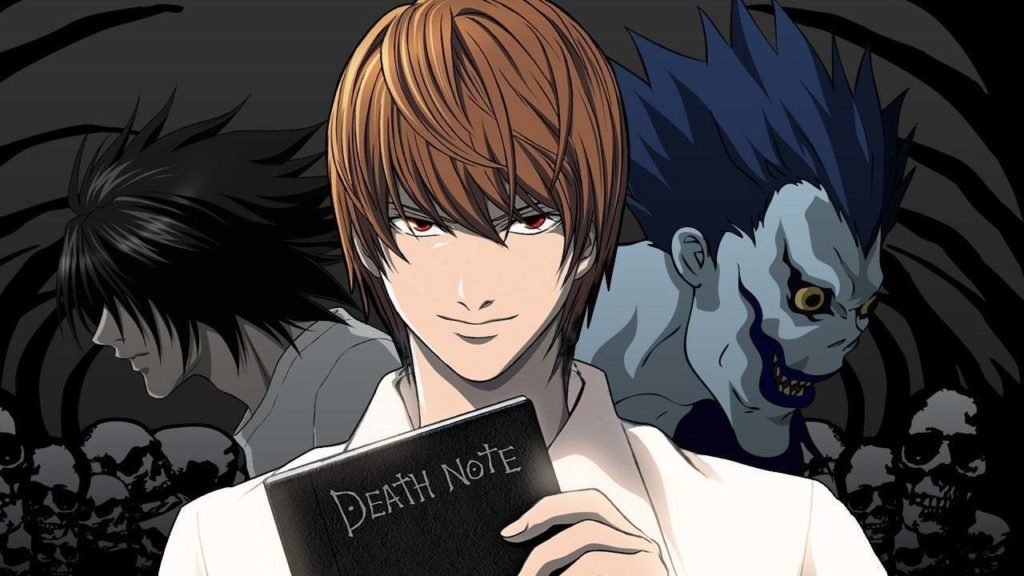 We have all heard about the legendary battle of brains between high-school student Light Yagami and genius detective L Lawliet. After all, Death Note has emerged to be one of the best anime of all time. This is one of those anime that you can’t put down before you have completed watching it. All the twists and turns and intricacies of the plot really boggle your mind as you sit in anticipation of the final judgment that will change the fates of all those involved forever. Death Note by Tsugumi Ohba and Takeshi Obata is a truly special anime that has become one of my personal favorites.

If you haven’t watched this anime yet and are eager to get into it, you need to know where to begin and where to end. Worry not, as I will be taking you through the complete Death Note watch order in this article. I will be talking about what you can watch, the streaming sites where you can watch this anime, and our personal views and rating of those sites based on their quality of videos and availability of subbed and dubbed versions of this anime.

So put on your seatbelts and get ready to glide through our Death Note watch order guide!

How to Watch Death Note in Proper Order of Release

The first thing that I will discuss in this Death Note watch order is where to watch Death Note anime episodes in subbed and dubbed versions. Death Note narrates the story of straight A’s, high-school student Light Yagami, who is sick of an unjust world and his daily cycle of wake up-eat-be the model student-sleep. Tired of this monotonous routine and questioning his sense of right and wrong, Light Yagami discovers the Death Note, an unusual black notebook that reached him in the most unusual way by falling from the sky. The rules of Death Note said that “those whose names are written in the notebook shall die.” Is this notebook the harbinger of Light Yagami’s salvation or doom?

You can find out by catching up on this gem of a series that will surely keep you on your toes through its brilliant story construction and unexpected plot armors.

One of the most gripping anime that I have watched, Death Note surely lives up to its outstanding reputation. I loved the story and the way the characters were shown in all their colors. Even though it has its own flaws, Death Note remains one of my all-time favorite anime.

You can also check out this anime on Crunchyroll alternatives that offer high-quality subbed and dubbed versions.

MyAnimeList has given this a well-deserved 9/10 stars and we give it a full 10/10 stars.

Death Note: Relight – Visions of God is an extended Director’s Cut special episode that narrates the story that took place after the conclusion of the Kira case. This episode also hints towards various things that fans have speculated may be canonical. In the story, Ryuk is visited by a nameless Shinigami who expresses the wish to know Light Yagami’s story. Ryuk agrees to open up after accepting the bribe of an apple. But there is someone else also present in the scene.

Review on: Death Note: Relight – Visions of a God

The twist in the end really came out of the blue and I was left gaping by the end of it. This is a good extension of the main story and can be interpreted in different ways.

Rating on Death Note: Relight – Visions of a God

This is also a special episode that narrates the overall gist of one of the arcs from the main story – ‘Mello and Near’. This episode concludes by using bits and pieces of the scenes from the main story with an added scene of two of the characters finding Light Yagami’s body and Ryuk leaving the human realm.

If you have already watched all the episodes of the original Death Note series, you may want to skip this one. However, I have mentioned it in my Death Note watch order guide, since it is a part of the main story that you can watch as a teaser trailer of what’s to come in the second half.

Since I had already watched the main series, I only sat through it for a few extra scenes. So, I have no elaborate opinions on it particularly.

This tells the story of the greatest detective of all time, L Lawliet. The story talks about L and his last mission before his death. In the 23-days time period before he died, L set off to solve the case involving a terrorist group that wants to destroy humanity with a deadly virus. Will the greatest detective stop them from doing so?

L Change the World is a great spin-off to the original story. There are a number of streaming platforms available online where you can watch this Death Note live-action movie.

I personally did not find the live-action version too appealing. But maybe that’s just because I’m not a live-action fan.

This is also a live-action movie that narrates the events that take place a long time after the events in the main story had taken place. L’s successor Ryuzaki is appointed to solve a Death Note case where investigator Mishima closes in on a case regarding the Death Note. But the main culprit is someone unexpected.

You can check out this Death Note live-action series on a number of streaming websites online. Since most of these are illegal, be sure to use your VPN while accessing these websites.

This mini-TV series really surpassed my expectations. Although I’m not really a fan of live-action versions, this one surely did succeed in impressing me.

This movie is a sequel to Death Note: New Generation and tells the story of L’s successor Ryuzaki who has once again been appointed in solving the case involving multiple Death Notes that have been circulating in the world. This is a world where cyber-terrorism is rampant and a series of unnatural deaths suggest the use of Death Notes once again. After one such Death Note owner is killed, the task force led by Tsukuru Mishima retrieves the notebook and comes into contact with its owner, a Shinigami named Beppo.

Beppo informs them that six such notebooks are currently present on earth as this is the maximum number of Death Notes that can be present at a time. Thus begins the manhunt to retrieve the remaining five notebooks.

Unfortunately, this story does not live up to the quality of its prequel. The acting and execution of the story is not up to the mark and I did not enjoy it much.

I hope this gives you some idea about where to start with the series if you are planning to get into it. Although the live-action movies and series are not that great for this one, the original Death Note anime series really makes up for it. So why wait? Dive into this magnificent anime today.