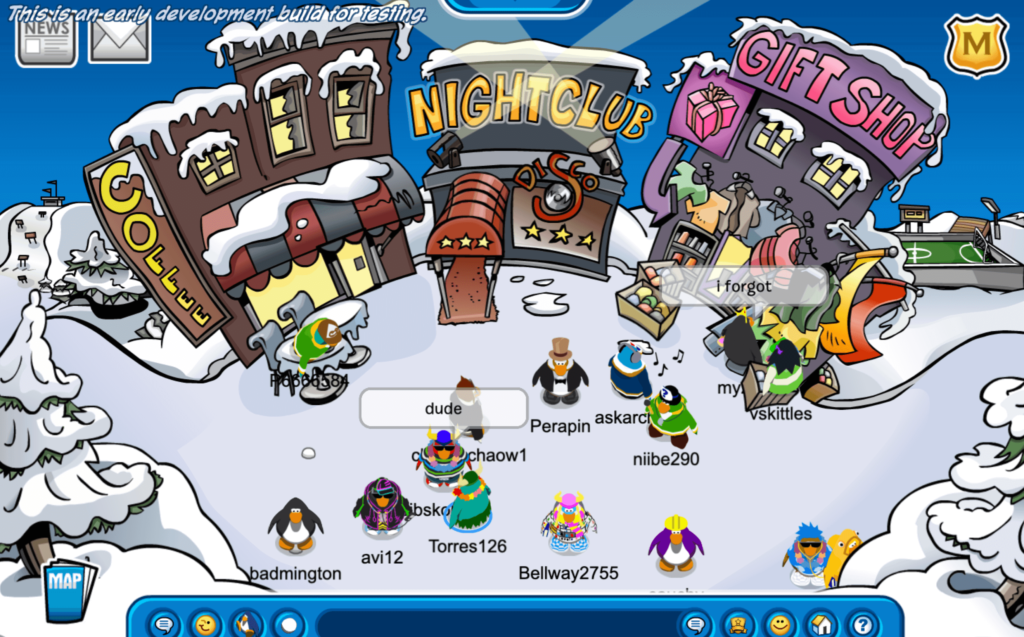 This makes many fans search for games like Club penguin across the internet as they want to have fun with their friends in a virtual world. Well, look no further because below we have listed 7 of the best games like Club Penguin that offer you the same service and more!

Roblox is not just a game like Club Penguin, it’s actually a gaming platform where users can come in and play games and mini-games, just like in Club Penguin. Roblox has numerous different types of games available to play on and they are quite fun as well.

It is a great Club Penguin alternative because it doesn’t offer just one game. Roblox is available on gaming devices such as Windows, Android, IOS, Mac, Xbox One.

Roblox is free to play.

Roblox is another multiplayer game like Club Penguin that people can have a lot of fun with. It’s a world where people can spend a good amount of time playing numerous different games in the virtual world of Roblox. Most of the readers have already played roblox hence we have listed the best games like Roblox in 2021

Habbo is around for a very long time. In fact, it is one of the first games to have a virtual world, like many games have these days. You can visit Habbo hotel and meet new people and chat with them.

You can also customize your characters and give them your own spin. Habbo can be played on Android, IOS, and on Browser.

Habbo can be played for free.

Pro and Cons of Habbo

Habbo can act as a great Club Penguin substitute because of its virtual world but Habbo had suffered a lot back in the day with numerous backlashes such as being related to AIDS and 4Chan, this was due to its poor security. Now, all that has improved, but people haven’t forgotten the past.

Minecraft is another popular game like Club Penguin. It has a fairly great virtual world where people can come in and explore it with their friends. Minecraft is a really popular game that everyone loves to play.

You can play Minecraft on many devices such as Xbox One, Xbox 360, Nintendo Switch, PlayStation 4, PlayStation 3, PlayStation Vita, Wii U, Nintendo 3DS, PC, Mac and Linx. Basically, any video gaming platform and is there for you to play.

If you are a Chromebook user we have listed the step-by-step process on how To play Minecraft on chromebook for free.

Minecraft is a really popular game and players from across the world come in to play it and have a good time with their friends. You can explore and build as per your own norms.

Rust is a survival, virtual game where players literally have to start from scratch and build their lives as they go on. The players have to find clothes, food, build shelter and either team up with strangers or survive from strangers by killing them with different guns, grenades and whatnot.

It is a great game to play and is available on Windows, Mac, Steam, Play Station 4 and Xbox One.

Rust is not exactly a game like Club Penguin, because Club Penguin is a sweet and cute game and this game is literally about survival.

But this game offers the best of both worlds, i.e Survival game and Virtual World games and I feel a lot of players looking for games like Club Penguin would be very satisfied with this game.

2020 saw the rise of Among Us, a multiplayer game where a crew of a maximum of ten people can be onboard. One or two of them are sabotaging the spacecraft and killing off the crew members, you have to find them before they destroy the entire spacecraft.

You can play Among Us on Android, IOS, Windows, Nintendo Switch, PlayStation 4, PlayStation 5, Xbox One and Xbox Series X/S. Among us is a really good game but if you are not happy with it then we have got you covered with the best games like among us.

Among Us is free to play.

With the massive success of Among Us, Among Us had announced that they would be releasing a part 2 of the game as well, but they have officially stopped that idea and put more focus on focussing the original game, which is a good thing because now the hype is gone and people are seeing various loopholes of the game that needs to be fixed.

SimCity is also a popular game like Club Penguin where the player is a Mayor of the town and he has to manage everything about the town to make its citizens happy. It is an addictive game that will have you glued to the screen for hours.

You can play this game on Android, PC and IOS.

SimCity is free to play, but you can also use in-app purchases products too.

You get a lot to play in SimCity, it is an addictive game for sure and it really makes you feel like a Mayor of a town as you really feel sometimes pressured if you let the problems mountain up.

Second Life is another game like Club Penguin that offers a virtual world to you. You get the ability to make your own characters and decisions in the game and it can be quite fun to play as well. You can play Second Life on Windows and Mac.

Second Life is a free game but it also has premium subscription plans as well:

Pro and Cons of Second Life

Second Life delivers on its name, where users can come in and explore the virtual world of the game, you get to make your own decisions and it can be a good Club Penguin substitute as well. We have also listed the best games like second life so you dont miss out.

Club Penguin is a fun game to play but it’s the 2nd time in just 4 years that the game has announced to discontinue its service. Which gives you a pretty accurate image that the game is just not played by many people, otherwise why would they stop a game.

But the above-mentioned games are not going to stop anytime soon and you can assured to have a good time playing them.