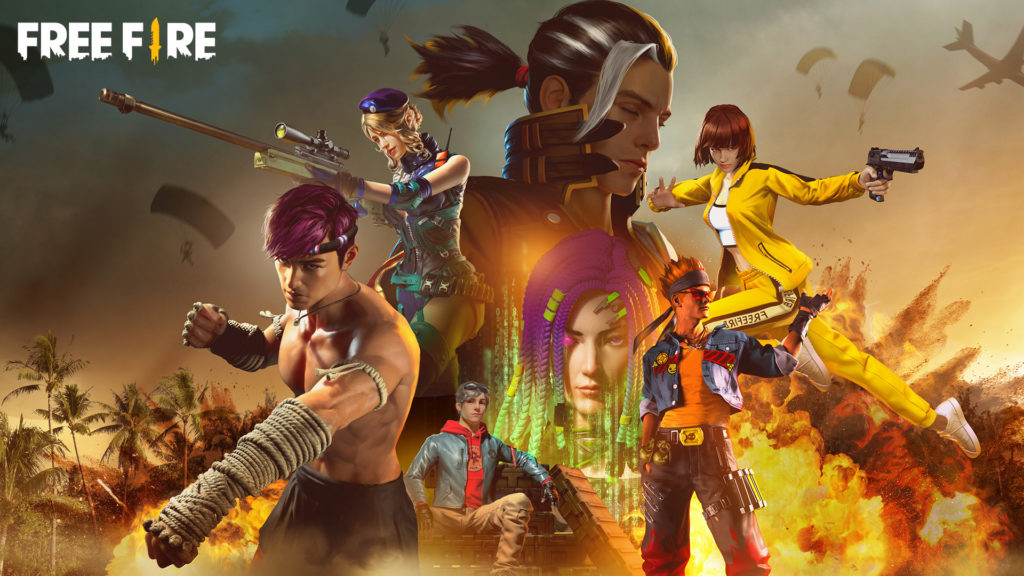 Free Fire is a very popular RPG game. It is amongst the top three mobile-gaming games and is liked by a vast majority of people. Free Fire is a lot of fun to play but it is only exclusive to Mobile-gaming.

This means that pro-gamers aren’t able to fully enjoy the game because they can’t play it on their PC or Console. If you are a gamer and are looking for games like Free Fire that you can enjoy on your PC or Console, then you have come to the right place.

Below, I have listed down 7 of the Best games like Free Fire that you can play right now!

How To Play Split-Screen Multiplayer In Call Of Duty

Price of Call Of Duty Mobile

Call Of Duty Mobile is free to play

Features of Call Of Duty Mobile

Pro and Cons of Call Of Duty Mobile

Review on Call Of Duty Mobile

Rating on Call Of Duty Mobile

Call Of Duty Mobile gets a rating of 4/5 stars

PUBG or Player Unknown Battle Grounds is another game like Free Fire that you can enjoy playing. It was one of the first RPG Games that made a shift from a PC platform to a mobile-gaming platform for free.

Back then it was a big risk for them but it paid off very successfully. PUBG became one of the best games available for free. They had over 65 million users playing in March 2020! Thanks to PUBG games like Free Fire were available to users for free.

PUBG is not just a free fire alternative but is truly a Free Fire substitute. It is a really fun game to play. It also has a new version coming, PUBG: New State, so users can enjoy both the games and forget about Free Fire. PUB is banned in some countries which is why we have listed the best games like PUBg.

PUBG gets a rating of 4/5 stars

If you are a human being on Earth, chances are that you must have heard the name Fortnite at least once in your life. Fortnite is a very popular Battle Royal game like Free Fire. It is one of the biggest games out there and gamers earn a pretty healthy income from playing it.

Fortnite is not only available to play on Android and IOS but also on PCs and Consoles.

Also Read: How can I change my username on Fortnite

Fortnite is free to play on any platform

Fortnite is a very popular game like Free Fire. It is one of the most popular Battle Royal games out there and users report high satisfaction while playing it.

Fortnite gets a rating of 3.5/5 stars

Now if you are looking for games like Free Fire for your PC, then Valorant should be your choice! Valorant is an RPG game developed exclusively for Windows PC. It has been recently released and it already has a huge fan following towards it.

Valorant is currently Windows exclusive game but it has confirmed to release a mobile gaming version of the game as well. Till then, users can play “Project M” which is a rip-off of the game for the mobile version.

Valorant is free to play

Valorant is a world-class 5v5 game like Free Fire. It is a really fun game to play, the only problem being that it is Windows exclusive. That issue will soon be fixed for the mobile gamers, but they still haven’t confirmed when they will release the game for consoles.

Rust is another survival game like Free Fire. It is a fun game where you get to build your life from scratch. Like literally, you start the game from being on a deserted island with no clothes on.

You have to fight for your safety, build your own base, prepare your own food and do a whole lot more.

Rust is available to play on Pcs for now.

Rust costs about $39 to play

Rust is a fun game like Free fire. It has some of the best world-building available, it’s got the ability to talk to others and make your own clan and it really fun to play.

Counter-Strike is old now but it is still going strong when it comes to its gameplay. The gameplay of Counter-Strike is still as intuitive and intense as it ever was, it’s a classic and will continue to stay that way. You can play Counter-Stike GO on Windows, macOS, Linux, Xbox 360, Classic Mac OS, PlayStation 3.

Counter-Stike will cost you about $15 to play on your PC.

Pro and Cons of Counter-Strike GO

Counter-Strike GO is the OG when it comes to finding out about games like Free Fire. It is a classic and will always remain one.

Counter-Strike GO gets a rating of 4/5 stars

Yes, GTA: Vice City can also be considered as one of the games like Free Fire! GTA: Vice City is a very popular game that almost all of us must have heard off. It is a virtual world where the user can do anything and everything.

It is now also available on Mobile for people to enjoy the game on their phones. Other than that, GTA: Vice City can be played on many different consoles and PCs.

GTA: Vice City is priced differently for different platforms but it costs $5 to play on Android

GTA: Vice City is a cult classic and now you can play this classic on your phone as well.

GTA: Vice City gets a rating of 4/5 stars

What is the best free fire alternative?

The games we have listed above are really good alternatives to free fire. We would recommend you to try out Counterstrike Go, Call of Duty, or Fortnite. These games are highly intense and their massive user base makes them perfect to play with players around the world.