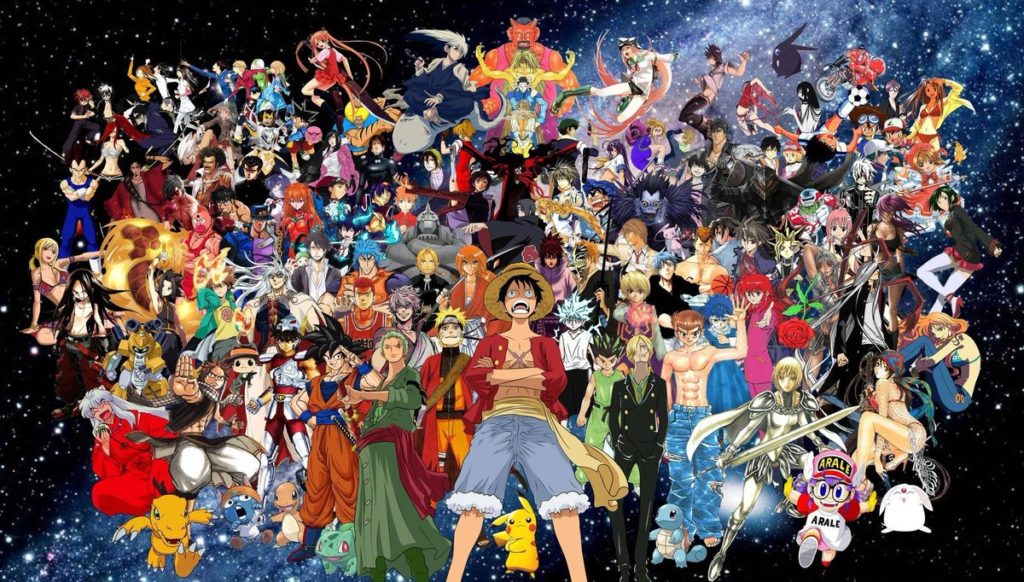 There are good anime there are popular anime and then there are those that belong to the elusive club of masterpiece anime. The titles that belong to the latter are worth watching, not because they are popular, but because they pretty much are a hallmark in their respective genres. Giving the title of masterpiece anime to any animation series or movie is arguably like giving it an Oscar. So if you are a true anime fan chances are you have already watched these anime but if you haven’t then here is a list of the top seven best masterpiece anime titles that you would not want to miss.

You may also find these titles listed under the best anime of all time which is further proof of their masterpiece status. In case you are wondering where to find and watch these anime then you can check out these anime streaming sites like Crunchyroll or Funimation some of which even allow free streaming. Now without further adieu, let us take a look at some of these very cool masterpiece anime!

One of the best anime I’ve ever watched and manga I’ve ever read. Monster is a masterpiece anime penned by mystery writer Naoki Urasawa. And it surely lives up to its reputation. From the first episode till the last, it is going to keep you on your toes and biting your nails, as you anticipate what is going to happen next.

What makes this anime a masterpiece and a literary genius is the fact that you have already gotten to know who the main antagonist is since the very beginning. However, is he really the monster everybody seems to think he is? Or is there something much deeper, and much darker, lurking within the shadows?

Join Dr. Tenma and company as he fights against all odds and diabolical situations in order to unravel the mystery of the “monster” and put an end to the brutality once and for all.

Possibly my favorite anime of all time, Fullmetal Alchemist: Brotherhood, is a masterpiece anime that is an adaptation of Fullmetal Alchemist. The only difference between the two is that the former is truer to the manga and has a real ending, unlike the latter that came out while the manga was still ongoing.

Fullmetal Alchemist: Brotherhood is a package. If you are looking for hardcore action of Shounen along with supernatural and fantasy elements, this is bound to put a smile on your face. The plotline is extraordinary and with each episode, you’ll find yourself getting hooked onto this show, to the point of addiction. This is to say that I finished watching this in only a span of 2 weeks!

This is one gem of an anime that every fan should watch and if possible, re-watch. You know, writing about FMAB really makes me want to re-watch again!

This is a masterpiece anime that lit up my monotonous and depressing quarantine days! I remember staying awake every night binging on Gintama while being cooped up in my house, not being able to go outside. But not for once did I feel lonely, because I was always surrounded by my friends, Gintoki, Shinpachi, and Kagura, as they took me on new adventures every day.

Gintama is one of those anime that will make your stomach hurt by laughing and make you bawl like a little kid at the same time. Although in essence, it is a comedy anime, it heavily incorporates typical Shounen themes like fighting, battles, bloodshed, fantasy, adventure, etc.

Gintama is one of my most beloved anime although I really hated the ending. Or rather I hated the fact that it ended too soon. However, I will recommend every comedy fan to watch this masterpiece anime because it is truly one of the greatest that ever was.

This anime deserves to be called a masterpiece anime for everything that it is. Okay, controversial opinion but I think Bleach deserves this title more than Naruto (Naruto fans please don’t kill me).

One of the greatest pieces ever written, Bleach incorporates elements from samurai anime and horror anime genres to create the holy grail of anime. I just don’t want to spoil Bleach for those who haven’t watched it because this is one of those anime that you need to experience yourself. It is simply an entire experience in itself and you are going to love every moment of it. And good news, a new season with a brand-new arc is coming soon. And from what I’ve heard from rumors, the animation is going to be mind-blowing.

If you’ve already read the manga, you know the story. But watching it on your screens will be a whole new thing altogether. I for one simply cannot wait any longer.

Although I haven’t personally watched One Piece but based on what I’ve heard it is one of the best anime to have ever been created. All my friends who’ve been full of nothing but appraisal for this masterpiece anime.

When I asked my friend whether it is worth the watch, he simply said, “You need to watch it to believe it”. Although I haven’t gotten my chance yet, the next time I sit with a hefty anime, it is definitely going to be One Piece.

Known as the best representation of a Shounen anime, One Piece has everything that trademarks Shounen, from the very ethos of Otoko no Roman (translated to a Boy’s Romance or passion) to the core storytelling elements of Shounen. It also incorporates other various genres like action, adventure and fantasy.

It is a very long anime and is still ongoing at more than 998 episodes. If you are planning to commit to a long anime, I would say go for One Piece because you will not regret it.

Known as the G.O.A.T, JoJo’s Bizarre Adventure pretty much set the grounds for Shounen anime. This masterpiece anime is known to be one of the pioneers of Shounen and is one of the most sought-after anime in the scene.

This is another anime that I have not watched personally but based on opinions from my friends who are diehard fans, it is worth the watch because of its sheer ridiculousness and absurdity. No wonder it is called JoJo’s Bizarre Adventures. According to my friend who is a diehard JoJo fan, what is most captivating about this anime is its extreme randomness, be it in a fight sequence or the storyline itself.

Jojo has its own separate fanbase and the fans will defend this anime’s name with their very own life. Hearing so much praise for Jojo, I felt like it belonged in my masterpiece anime recommendations list.

Death Note sometimes gets a bad rep due to how popular it has gotten since the days of its inception but I will fight anyone who dares say that this is not a masterpiece anime. It is by far one of the greatest anime that I have ever watched and I stand by that.

The story is flawlessly intricate and makes you question your own sense of right and wrong by the end of the series. As you float through an entangled mesh of lies, deceit, secrets, and dubious ploys, a whole another nightmare awaits you in the end.

Death has been my favorite anime ever since I started watching anime seriously and that was 12 years ago. Therefore, I would urge every anime fan to watch this masterpiece anime because it will probably be the best thing you’ll ever watch.

If I have to list down the name of all the amazing masterpiece anime that are out there, I will have to make 10 more similar articles to fit them all in. However, you can definitely browse through anime streaming sites and discover countless similar anime to watch. And these days there are so many genres that it’s quite hard to keep count of new anime that are coming up every day. You’ll find romance anime, sad anime movies, action anime movies, and other stuff on these streaming platforms. You can also download external subtitles in case you don’t get pre-embedded ones. You can find out more about that from our article on how to download anime subtitles. Till then, happy watching!