All the best Skyrim Console commands in one place 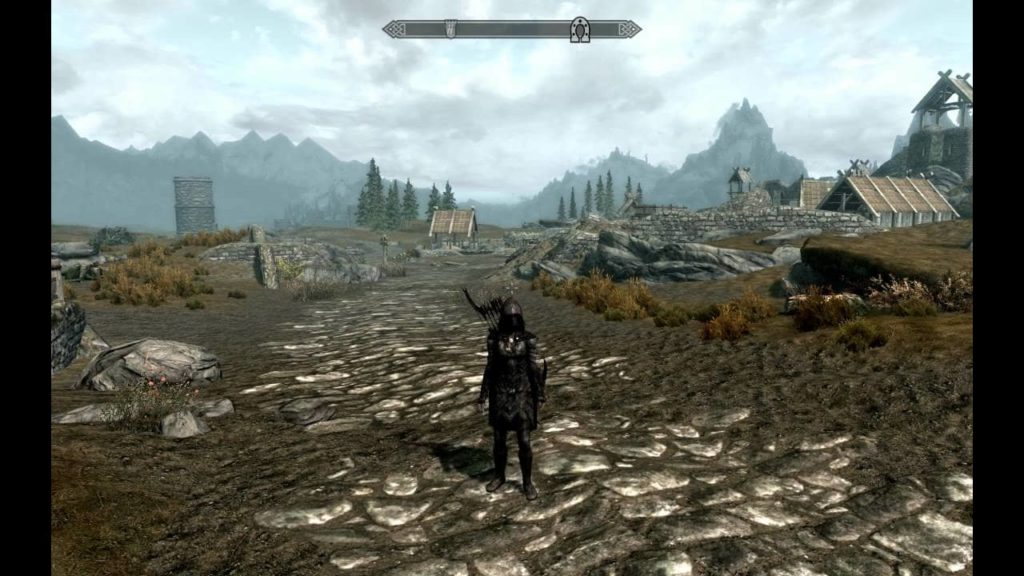 What are Console Commands?

Console Commands are a debugging tool available to PC players, adding a wide range of functionality to the game. On American English keyboards, the tilde key (~) will toggle the console screen, but on British English keyboards, that key is the grave key ( ` ). The tilde key on American English keyboards also pictures the grave symbol. The key is located below Escape ( Esc ) and just left of the one (1) key. Output from commands that exceed the console window area can be navigated using the Page Up and Page Down keys. A BASH-like command history can be navigated using the Up Arrow and Down Arrow keys.

What are Skyrim Console Commands?

Skyrim console commands put Tamriel at your fingertips. Maybe you’ve already played through the game, or at least started it, way too many times. You know Bleak Falls Barrow like the back of your hand. Sure, but have you spawned in one hundred wheels of cheese? Have you made yourself a giant and fought against actual giants? Have you flown through the air from Riften to Solitude just to take in the sights? You can do all that, and other more practical things, with the help of Skyrim console commands.

Comparisons with other games:

The < and > are not entered with the code, and # is replaced by the desired quantity. The code to add an item is listed as: Player. AddItem <ItemID> <#>

To target an object, open the console and click the object. Its name will appear on the center screen. An item targeted in the console is also called a reference.

A target may also be selected using the PRID command and the target’s Reference ID.

Short code refers to a code having a short form that can be used interchangeably with the Long form.

ToggleFogOfWar is the long code form

TFOW is the short code form.

Prefix Required refers to a code needing a prefix to work as intended.

SetHealth <#> will set the max health of the target selected by clicking or the PRID command to <#>.

As for more helpful suggestions, this list of Skyrim’s many, many console commands can help you line up the perfect screenshots. They can help you immediately level your character to test out a new combat build you’d been planning. They let you instantly unlock doors if you’ve run out of lockpicks and you just do not want to go find more. Sometimes a good thief bends the rules, right?

How to use Skyrim console commands

To enable the console, just hit the tilde (~) key and enter the appropriate codes, which are listed below. You can turn on more than one at once, too, so you can become invincible, fly, and teleport all at the same time.

Be warned, some of these console commands may cause glitches, problems, or crashes, so it’s definitely worth saving your game first and using the codes with a separate save. You don’t want to make some change and get stuck with it.

Many of these console commands require specifying an NPC or Item or place with a reference number. Here’s a quick cheat sheet of reference pages where you can find those codes. Remember, CTRL+F is your friend!

Toggle commands for Skyrim turn various game features off or on. You can turn off the UI for taking great screenshots or turn off detection from NPCs to make yourself the perfect thief.

No clipping lets you walk through walls, ceilings, and mountains like some sort of ghost. Use the code again to return to normal.

Toggles all in-game menus, perfect if you want to take some screenshots to convince elderly relatives that Skyrim is where you went on your holidays. Note that this also hides the console commands menu, meaning you’ll have to type it again without being able to see the console.

Followed by 0 or 1 turns all map markers on or off.

Not Team Fortress Classic, unfortunately. However, you will be able to access the flycam, essentially leaving your host body behind and sailing through the air. Great for screenshots.

Toggles AI on and off, which means NPCs won’t interact with you, or do anything at all.

Turns combat AI on or off, turning dragons into placid beasts who act like you aren’t there. A bit like cats.

This one lets you behave like a little rapscallion, as it turns naughty business detection (stealing, murdering, doing a poo in the woods etc) on or off. You’ll still get caught if you try pickpocketing, though.

Turns off the fog of war on your local map, filling it in completely.

Skyrim player cheats can set different values for your Dragonborn. You can change your level, your face, your carry weight, and a bunch of other things.

Every single spell in Skyrim is now yours! It’s like graduating magic school in under a second player.

Unhappy with your blind, inbred-looking Bosmer chap? You can adjust the way your character looks just like you did at the start of Skyrim—but this will reset your level and skills.

Where “skill” is the skill you want to modify, and # is the amount you want to modify it by. Skills are inputted via their in-game names without spaces, apart from Archery which is “Marksman”, and Speech, which is known as “Speechcraft”.

Every single item in Skyrim has a code, a bit like an Argos catalogue of fantasy objects. You’ll find them in our list of Skyrim item codes. Now your dreams of owning 47 cabbage potato soups can come true.

Use the reference page of Shout IDs above to give yourself any Dragonborn ability you like.

Up or down your player level as you see fit.

Want to run like The Flash? Set this number to anything more than 100 to speed up movement.

Tired of getting tired? Up your carry weight and you’ll be able to transport more goodies. Toggling god mode (tgm) also lets you carry as much as you like.

Up your health here.

Use this to spawn NPCs and monsters at your location. Just replace actor/object ID with a Base ID (not a Ref ID) from our list of Skyrim NPC codes. This is the command we used to crank out a horde of dragons around Whiterun. Note that this command spawns new creatures, rather than moving old ones, so if you use it on an NPC, you’ll clone them.

Use this to move next to an NPC, useful for Kharjo, the nomadic Khajit, who can be hard to find as he follows the caravans around Skyrim. In this case, you use the Ref ID (not the Base ID), the opposite of place name. You can find the ID in our list of Skyrim NPC codes.

Select two NPCs and set the relationship between them, the values range from 4 (lover) to -4 (archnemesis). Use it to make NPCs fight or do other er… more worrying things.

19. Changes the size of the player or NPC.

You start out at level one, which is normal sized, while zero is small. It goes all the way up to an absurdly huge ten.

Teleports you to any specified cell in the world.

These are all of the odds and ends of Skyrim console commands. Do make sure you try out that secret developer room with all the toys.

Lists every single console command. We’ve put this further down the list because we want you to actually read this article.

Bethesda’s handily included a room with every single in-game item in it—type this command to go straight there. It might take a while to load: there are thousands of items here. Type ” coc Riverwood ” (or any other location) to return to the game.

Quit the game without having to go through any of those pesky menus.

Set your field of view.

This defaults at 20. Up it to experience crazy timelapse-style Skyrim.

There you have it all the Skyrim console commands in one place, you can use these cheat codes to have an upper hand over your nemesis. As a gamer myself I do not recommend it, but if your competition is in violations of the rules, rest assured, these cheats are sure to even the battleground. Comment below and let me know if you require any additional skyrim console commands.

What is Philo TV, its features, compatible devices, and much more