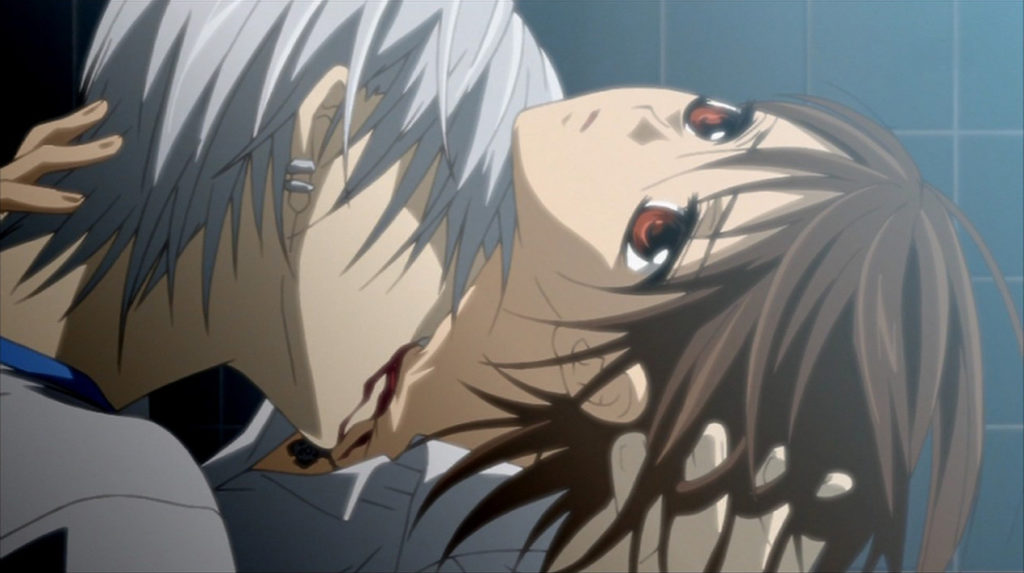 Horror and vampire anime go hand-in-hand. If you are a fan of horror, high chances are that you are a lover of vampire-related shows and series too. After all, this mythical creature marks the pinnacle of gothic and supernatural horror. And let us not forget the father of vampires, who is the one and only author Bram Stoker, who penned the famous vampire novel titled, ‘Dracula’. But if you are into all these, you probably already have read the book.

But did you that this theme has been recurrent in the world of anime too? Yes, there are multiple vampire anime with enigmatic and charming characters that are calling you to take a look at them! These anime centre around the themes of vampires, monsters, and other blood-sucking supernatural beings. They can belong to any category, be it action, romance or fantasy.

Let us take a look at some of the coolest and most popular vampire anime that will either make you laugh or send a shiver down your spine!

This is a romance vampire anime targeted towards the Shoujo demographic. It narrates the story of Yuki, a young girl whose earliest memories are of a stormy night in winter when she was attacked by a rogue vampire and was saved by Kaname Kuran, a Pureblood vampire. Later on, she was adopted as the daughter of Kaien Cross who is the headmaster of Cross Academy. She is also tasked with the protection of Kaname, her childhood crush from discovery as she becomes the guardian of the vampire race. And at helping her through her journey is Zero Kiryu, her childhood friend who has lost his trust in the vampires that took away everything from him.

As secrets unravel and Yuki comes to terms with her painful past, her faith and loyalty towards her protectors are also put to the test. Will she be able to make peace with history? Vampire Knight is an extremely captivating vampire anime that I have ever watched. It grabbed my undivided attention from the first episode itself and needless to say, I was hooked. I would definitely recommend this anime to all supernatural and horror anime fans.

This vampire anime is not exactly about vampires but derives major inspiration from the concept. It narrates the tale of Saya Otonashi, an anemic amnesiac school girl living with her adoptive family. Her life seems pretty ordinary till she is attacked by a Chiropteran, a bat-like creature that feeds on human blood. However, it turns out that Saya is the only one capable of defeating them as her blood causes their bodies to crystallize and shatter. Arming herself with a katana, she embarks on a journey to rid the world of Chiropterans once and for all.

As Saya tries to defeat the Chiropterans with her family, friends, and allies and her chevalier haji, she also uncovers secrets to her identity and past. Who exactly is Saya? To find out, you definitely need to watch this amazing vampire anime series in subbed or dubbed versions. It is definitely one of my favorites of all time and I’m sure you’ll love it too!

Probably one of the most popular vampire anime, this anime is named after the Royal Order of Protestant Knights, led by Abraham Van Helsing. Hellsing is tasked with the mission of destroying the undead and the supernatural evil forces that form a threat to the Queen and the country. The titular protagonist of the series is Sir Integra Fairbrook Wingates Hellsing, who inherited the leadership of Van Helsing after her father was brutally murdered in front of her eyes. This incident also turned her from a sweet and shy girl to a cold-blooded and deadly woman. She is aided by the loyal Hellsing family butler Walter C. Dornez and Alucard, the most powerful vampire who swore his loyalty to the Hellsing family after being defeated by Van Helsing a millennium before the story takes place.

This is one of the most hard-hitting and action-packed vampire anime series I’ve ever watched. It is essentially explicit with graphic depictions of gore and violence. However, I would totally recommend it to interested fans who are not squeamish at the sight of blood.

This is a sad vampire anime that also falls under the BL category. It narrates the tale of vampires Charles J. Chrishunds and Johnny Rayflo who share a rather peculiar relationship. They are not lovers, yet they are not enemies either. While Charley is a cyborg and vampire hybrid, Rayflo is a pure-blood. As Charley works as a vampire hunter for the Vatican, he also shelters his master Johnny who leads a playboy lifestyle. Charley finds it hard to control his lust for Johnny and blood while fighting crimes while the latter also cares deeply for the former and finds pleasure in seducing his servant.

As Johnny tries to come to terms with his own past, secrets are revealed and more details about the two men’s relationship are unraveled. What does fate have for Johnny and Charley? This action-packed Yaoi vampire anime will chill you to your bones and also make you laugh at certain bits. It only has one OVA as of now, but it is definitely worth the watch.

Castlevania is an American anime-influenced adult vampire cartoon series that originally premiered on Netflix. Although it was originally planned to be a vampire anime movie, later on, it was released as a series. It is based on a video game series of the same name. It narrates the story of Count Vlad Dracula Tepes declaring destruction on the people of Wallachia after his wife is burned at the stake after being falsely accused of witchcraft. He summons an army of demons to carry out this purpose. To counter this, social outcast and monster hunter Trevor Belmont arms up against the Count’s force with the help of magician Sypha Belnades and Dracula’s dhampir son Alucard.

Castlevania is an action-packed series that you definitely need to watch at least once. Although it is not an anime, the American producers have done a great job in its creation and art style. Although I’m not a big fan of American-produced anime, this surely stands out as an exception.

This is the second anime in the Blood franchise following the series titled Blood+. It narrates the story of school student Saya Kisaragi who lives a double life, a normal high school girl by the day, and a defender of their town against the monsters known as Elder Bairns, with her father by the night. These monsters possess inanimate objects to stalk humans and drink their blood. She is a master katana-wielder who enables her to kill the Elder Bairns.

Blood-C was an amazing watch after Blood+ although initially, I was skeptical whether it would live up to the hype of the previous series. I would definitely recommend it to everyone who has watched Blood+ because this series will also surely keep you on your toes.

This vampire anime is also a harem anime series that tells the story of Tsukune Aono who is admitted to a school called Yokai Academy after being rejected from every other high school due to his poor grades. He soon finds out that Yokai Academy is a school for monsters. Although the school teaches the monsters how to co-exist with the humans, any human being discovered on the campus is to be immediately killed. Tsukune soon befriends a beautiful vampire girl named Moka Akashiya who enjoys his company and blood. However, during a fight with a school bully, Tsukune accidentally takes away Moka’s Rosario which reveals her true identity as a powerful vampire with a completely different personality.

This is a supernatural rom-com anime series that deals with the relationship between humans and monsters. It is definitely one of the best vampire anime that I’ve come across and I want everyone reading this to check it out at least once, even if you’re not into romance anime or harem.

Vampire anime is definitely one of my favorite anime categories as I’ve always been a fan of the gothic and supernatural. Some of the ones that I’ve mentioned in the listicle like Hellsing, Vampire Knight, Vassalord, Castlevania, Rosario + Vampire are my absolute favorites and I keep recommending these anime to anyone trying to get into this genre. If you are a fan of horror and the supernatural, I’m pretty sure you’d love them too!

Which vampire anime will you check out next? Let us know in the comments.