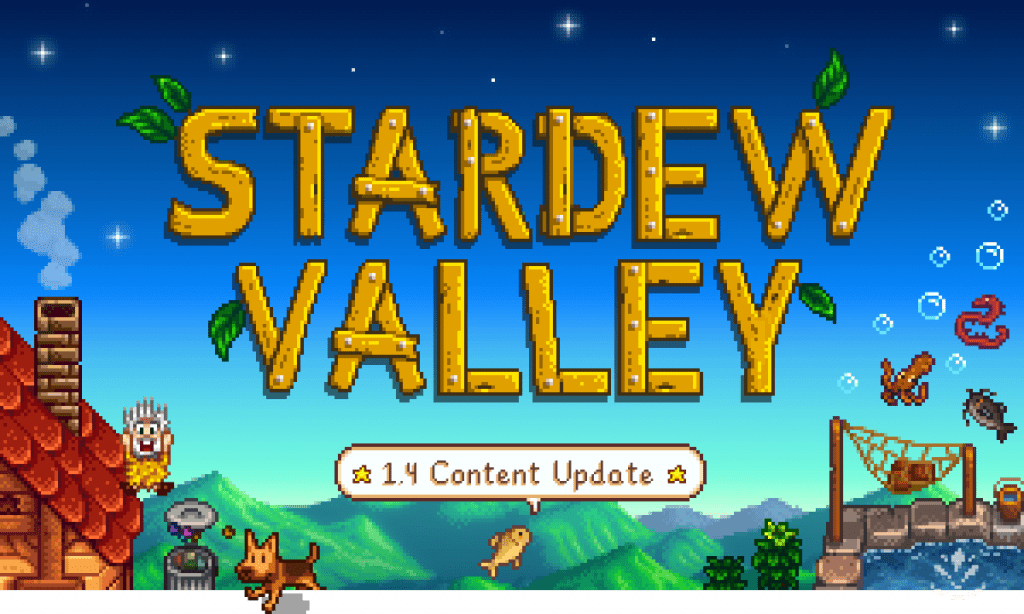 I have not only listed the alternatives to Stardew valley but also given the price with my ratings and reviews on star dew alternatives. I know rating and reviews won’t do so I have put up the trailer.

Read this article if you want to know what happens when you die in Stardew valley?

Farming valley Minecraft Modpack is a game like stardew valley and Minecraft combined. A super addictive game if you have played Minecraft before. Startdew valley players would love playing this game and definitely get hooked.

Players would first need to spawn into a goddess in order to build and maintain your farm. Its a very simple gameplay you would have to first build the farm, grow crops and sell then.

There are 4 seasons in this game and each season has its own crops. The earning from selling the crops would give you the income to buy parts and reach the goals in your achievement books.

Price of Farming Valley: Free of cost if you have Minecraft

My review on Farming Valley

A mix of Minecraft and Stardew valley which is why I have Placed Farming valley (Minecraft Modpack) on the top of my list of best games like stardew valley.

If you have love minecraft you will definitely fall in love with this game and you don’t have to spend a dime on it if you have minecraft which is an icing on top of the cake. I have written in detail comparison between Stardew valley vs Minecraft.

My Rating on Framing valley: 4.8 out of 5 stars

Animal crossing 4th tile the New Leaf was launched in 2012 on the Nintendo 3DS in Japan and soon become popular which made the developer also release the game in Asia, North America, and Europe.

Unlike the previous versions, users can move all around the town farm, fish and even catch bugs. Once users participate in such activities they get rewarded bells which is a virtual currency with which they can renovate their home, pay loans, and purchase clothes and furniture.

Players don’t just get a house at the start, they live in a tent and can use the virtual currency to purchase a house.

My Review on Animal crossing: If you are looking for a game like stardew valley then Animal Crossing 4 edition would definitely keep you wanting for more. If you are a Nintendo 3DS users then you definitely need to check out this Stardew alternative.

My Rating on Animal crossing: 4 out of 5 stars

You don’t have to build a farm or but create your own magical creatures called spites to kill murk. Yonder is not a game like stardew valley where you can build farms but a game which you can create creatures to kill murk.

The gameplay is amazing and you would love this game it has got good reviews by its players from all over the world.

My review on Yonder

If you are looking for a farming game then look at the other alternatives to stardew valley as it does not have farms but creatures. The gameplay is amazing and the game is available on all platforms. Watch this video below to check out the gameplay.

My Time at Portia

My Time at Portia is a farming game that allows its players to combine resources and create games.

Players can buy more tools and farm fasters. The tools also help in speeding up the harvesting process. Players would also need to fight enemies and can create their own town once their level is progressed.

My review My Time at Portia

Rune factory is a game like stardew valley and harvest moon combined. The players can grow and harvest crops with the equipment purchased.

There are battles with opponent and players are given Rune Point or RP which indicated the stamina of the payer.

Players can not only grow crops for gold but also fish, mine, and collect milk and eggs. The gold earned from these activities can be used to purchase more land, house, and equipment.

Also Read: Rune Factory 4 All about, Game Play, developers with pro and cons

My review on Rune Factory

Overall good gameplay and players who love playing Stardew valley would love playing Rune Factory too. The game is compatible with multiple devices that make it even more appealing and a good alternative to stardew valley.

Moonlighter has very interesting gameplay, players need to manage a shop. Players need to buying and selling of goods and inventory.

Players need to protect the shop from looters at night and need to buy weapons. The game was launched in 2018 and since then has grown in popularity. The game is available on many platforms.

My review on Moonlighter

If you are looking for a different concept than stardew valley then Moonligher is ideal and I would recommend it as one of the best games like stardew valley. Is also compatible on most of the platforms so you don’t need to worry of having a specific console

My Rating on Moonlighter: 4.7 out of 5 stars

Story of Seasons (Trio of Towns)

Story of Seasons (Trio of Towns) was released in 2016 in Japan then Asia and Europe on 2017 due to its popularity. Just like Stardew valley, players can grow crops and ranching livestock.

Players also revise a pet like a dog or a cat which makes it even more interesting. Most of the crops can be grown on the farm. The game is compatible with many devices which make it even better than Stardew Valley.

My review on Story of seasons

If you are looking for a game like Startdew valley then Story of Seasons is one of the best in the list. Story of Seasons has become a very popular farming game and most of the players love playing Story of seasons as an alternative to stardew valley.

Staxel is a farming and village and lifestyle game like stardew valley with tons of features. The player can build farmhouses and collect coins for the produce.

Players can also invite their friends along and play along. You can go fishing and also catch bugs in Staxel which makes the gaming experience even better.

My review on Staxel

If you are looking for games like stardew valley then you must have definitely come across staxel. Staxel has the farming and village vibes

My Rating on Staxel: 4 out of 5 stars

Stardew valley has gained a lot of users and has a cult following but people constantly look for more. I hope you liked the farming games like star dew valley I have listed in this article. If you know of any Stardew alternative we can add to the list then comment below and our team would write about it.

Also Read: Stardew valley vs Harvest moon, A detailed comparison between the two