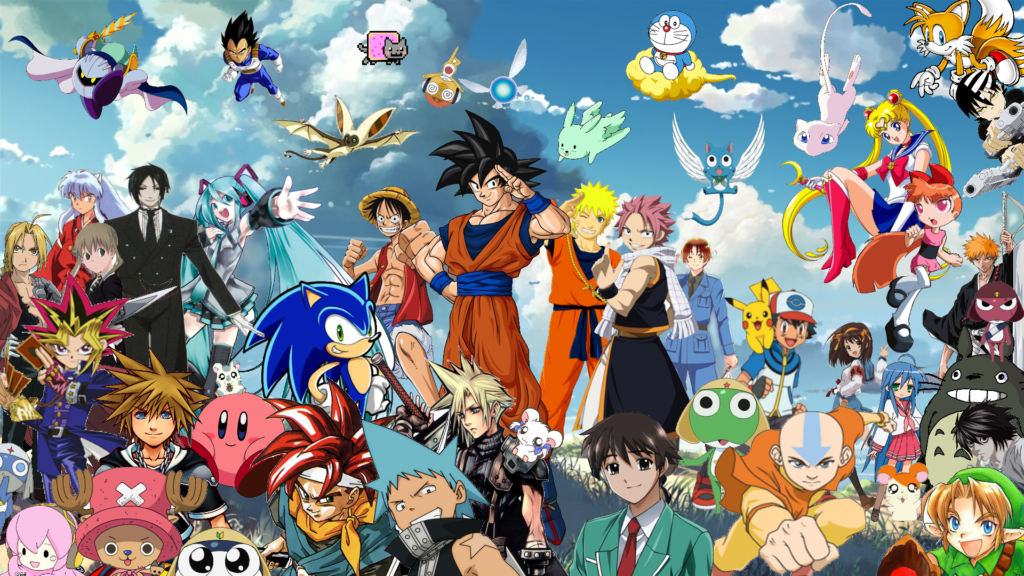 As popular opinion might corroborate, anime has become a well-celebrated form of entertainment among youth across the world. The visually aesthetic motion graphics, the soundtracks, the intricately designed sequences that portray an emotion, the high-quality animations, have been a show-stopper in the world of Japanese entertainment. So much so, that they have crossed the borders of the Land of the Rising Sun and have made their appearance in countries from across the globe, be it in first-world or third-world nations.

And bringing to you this delightful world of Japanese animated content are anime studios who have taken it upon themselves to produce high-resolution animated graphics of manga panels across a plethora of genres. The popularity of anime and manga has to be accredited to these anime studios who not only create and produce anime but also play a big role in their promotion. No wonder, the wonders of anime have reached the nooks and crannies of the globe.

In this article, we will take a close look at the top 7 anime studios that have made this phenomenon possible and who have earned a reputation among their competition.

MAPPA is an acronym that stands for Maruyama Animation Produce Project Association. This anime studio has secured its place among the top 10 anime studios in Japan in recent times. It was founded back in 2011 by Masao Maruyama who is also the founder and ex-producer for production company Madhouse.

Every Hayao Miyazaki fan is well-acquainted with the name Studio Ghibli. It is probably one of the most well-renowned anime production companies best known for its feature films, television commercials, short films, etc. The studio was founded by directors Hayao Miyazaki and Isao Takahata and producer Toshio Suzuki in 1985, after the success of their first animated feature film, Nausicaa of the Valley of the Wind (1984).

Studio Pierrot was established in 1979 and is one of the best anime studios in Japan. It was founded by the former members of Tatsunoko Production and Mushi Production. This anime studio has produced some of the best Shounen anime that are popular among the youth within and outside Japan.

We give studio Pierrot a rating of 9/10

Kyoto Animation is an anime studio and light novel publishing house founded in 1981 by Yoko and Hideaki Hatta. Kyoto Animation is the well-known producer of various anime series and movies and takes credit for some very popular shows, that have won the hearts of anime lovers time and again.

We give Kyoto Animation a rating of 9/10

This anime studio was founded in September 1972 and is one of the no. 1 anime studios in Japan. Initially. The company was called Sunrise Studio, later changing it to Nippon Sunrise and finally settling on Sunrise Inc. Sunrise has produced some of the best and well-celebrated anime ever and is definitely one of the studios to look out for.

Madhouse Inc. was founded by Masao Maruyama (also the founder of MAPPA), Osamu, Dezaki, Rintaro, and Yoshiaki Kawajiri. Madhouse has a number of popular titles in its bag and is one of the biggest anime studios in Japan. They have collaborated with big names like Studio Ghibli, Naoki Urasawa, Satoshi Kon, Snoop Dogg, Disney, Marvel Entertainment, Dark Horse comics, etc.

Toei Animation is an anime studio controlled by its parent company Toei Company. It was founded in 1948 by animators Kenzo Masaoka and Zenriro Yamamoto and is one of the oldest anime studios in Japan. Toei Animation has produced some of the most well-known titles in the history of anime and has collaborated with directors, mangakas, and animators like Hayao Miyazaki, Isao Takahata, Leiji Matsumoto, and Yoichi Kotabe.

We give Toei Animation a rating of 10/10

Anime studios have played a pivotal role in the production and distribution of anime in Japan and outside. They have been appointed the task of converting manga panels into hard-hitting animated series and not to say, that they have carried out this task flawlessly to date. Other than the anime studios that I’ve mentioned in this list, there are several others that have been carrying out this job quite successfully. Some of these anime studios include A-1 Pictures, Bones, Gainax, Arms, Wit Studio, Eight Bit, 3Hz, and many more.

As lovers of anime and dedicated fans, it is up to us to pay these anime studios the respect and admiration that they deserve for catering to our anime needs throughout our lives.