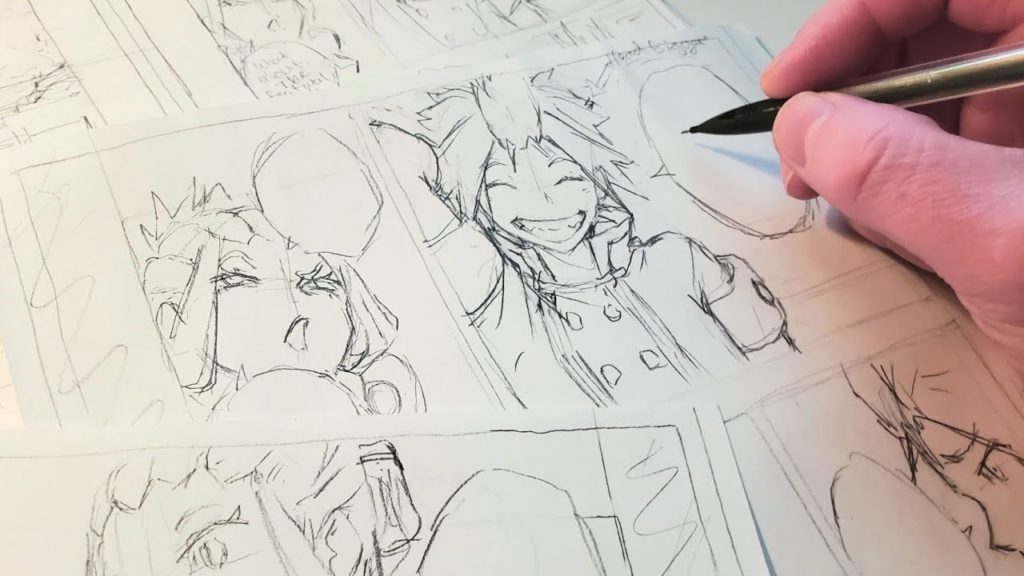 The success of any popular manga is always accredited to the mangaka or the manga artist. A good manga artist possesses the skills, talent, dedication, and passion to bring out the best mangas of all time, that would sweep the shelves of all bookstores from the time of their release. But what does it actually take for a manga artist to be deemed as good? Is it just talent or is it just hard work? Well, the answer lies in the fact that an artist has to have that sheer unconditional love for their craft and that is probably the most important element in any work of art. If the artist truly loves doing what they do, that will reflect directly in their art.

That being said, throughout history, there have been several manga artists who have not only upheld the true ethos of what it means to be a good manga artist but also produced timeless gems that are enjoyed by the audience till date. These manga artists have put their heart and soul behind their craft, and all their dedication and efforts have borne appropriate fruits. These artists have published works, time and again, that have come around to be deemed as some of the best mangas of all time.

Let us take a look at some of these famous manga artists who have changed the look of the manga industry forever.

Hideaki Sorachi who is best known for his work ‘Gintama’, was born on March 25, 1979. However, this is only his pen name and the real name and identity of the artist are not known. As a child, he was extremely passionate about manga and like us, spent more of his time reading the works of other artists. When he was in 4th grade, he showed his first work to his father, who instead of encouraging his son, laughed at him and made a mockery of his work. This disheartened a young Sorachi and he abandoned his dream of being a manga artist.

However, he was not able to score a job after graduating from college and ended up drawing manga again to make ends meet. His first work was titled ‘Dandelion’ which garnered a lot of attention. Soon, he went on to publish what would be the greatest achievement of his life, the comedy managa series titled ‘Ginatama’. This series has sold 50 million units in Japan only as of May 2019. Although Sorachi Sensei was skeptical about the sale of Ginatama initially, its growing popularity made him want to finish the manga, a task that he completed in 2019.

One of the best manga artists of all time and my personal favorite, Naoki Urasawa can be rightly titled as the “God of mystery and crime-thriller”. Best known for works like ‘Monster’ and ‘20th Century Boys’, Urasawa was born on January 2, 1960. He has been drawing manga passionately since he was just 4-years-old eventually going on to pursue this as a full-time career.

He has won numerous awards in his lifetime including the prestigious Tezuka Osamu Cultural Prize twice in his career, the Shogakukan Manga Award three times and he is also the winner of the Kodansha Manga Award. Urasawa’s storytelling genius and his ability to build up his characters are unparalleled, therefore, no wonder why he is one of the most celebrated mangakas of all time. Urasawa is also a passionate musician and has composed and performed many songs during the course of his career.

Tite Kubo, popularly known for his beloved Shounen series ‘Bleach’, is one of the most famous Japanese manga artists. Kubo was born on June 26, 1977, in Hiroshima Prefecture. He has decided on his dream of being a manga artist at a very early age and was heavily inspired by the award-winning series “Saint Seiya”. His earlier works like “Ultra Unholy Hearted Machine” and “Zombiepowder” started gaining popularity after being published in the Weekly Shonen Jump magazine.

Kubo gained mass popularity after his work Bleach was serialized. Although it was initially rejected by the Weekly Shonen Jump magazine, Kubo did not give up his efforts after receiving a heartfelt letter of encouragement from Akira Toriyama, the creator of the Dragon Ball series. Bleach was an instant hit after it first came out, eventually going on to receive its own anime series. Tite Kubo’s character design skills and ability to tell an enthralling story are unmatched. He is definitely one of my favorite manga creators of all time.

Junji Ito is a well-renowned horror manga artist best manga drawing artists best known for his works like ‘Uzumaki’, ‘Tomie’ and ‘Gyo’. He also has a short story collection titled ‘Ito Junji Kyoufu Manga Collection’. He was born on July 31 1963 in Sakashita and was inspired by the works of horror manga artists like Kazuo Umezu and Shinichi Koga from an early age, as a result of his two older sisters beings fans of the authors.

He first started drawing manga as a hobby while simultaneously working as a dental technician. His first short story won a prestigious mention in the Kazuo Umezu prize. This story went on to be serialized as Tomie. Ito Juni’s horror combines elements of graphic gore and surreal which is what makes them so captivating. His works are definitely worth checking out and I would rate him as one of my most favorite horror manga artists.

Akimi Yoshida is one of the most popular female manga artists of all time and is best known for her crime-thriller series ‘Banana Fish’. She is also known to be one of the pioneers of BL as a genre, since her work, Banana Fish transcends the boundaries of Shounen and Shoujo manga and introduces elements of BL. She was born on August 12, 1956, and graduated with a degree in arts from the Musashino Art University.

In 1977 she published her first work as a professional manga artist, a short story titled ‘Chotto Fushigi Na Geshukunin’. She is a critically acclaimed mangaka who has won the Shogakukan Manga Award three times for her work ‘Kissho Tennyo’ in 1983 and in 2001 for her work ‘Yasha’. She received her last Shogakukan Award for ‘Umimachi Diary’ in 2015. He has received multiple other accolades like the Excellence Award for manga at the 11th Japan Media Arts Festival and the 6th Manga Taisho, both for Umimachi Diary. Akimi Yoshida’s Banana Fish received a lot of recognition and even received a 24-episode anime series in 2018 produced by MAPPA. You can read Banana Fish on any manga reader site or manga reader app.

Hirohiko Araki, best known for his work JoJo’s Bizarre Adventures. It is one of the longest-running series that first featured on the Weekly Shonen Jump magazine in 1987 and has sold more than 100 million copies in Japan alone as of 2016. He is also known as one of the pioneers of Shounen manga. Araki was born on June 7, 1960, in Sendai where he lived with his parents and two younger identical twin sisters. He became a manga lover at a very young age, all thanks to his sisters’ shenanigans. He was also heavily inspired by his fathers’ art books that drove him to draw his own manga.

He started going behind his parents’ back and submitting his hand-drawn mangas to the school magazine in his first year of high school. Initially, he received a lot of rejections and discouragement, although this didn’t crush his spirit. After the success of ‘Baoh’ and ‘The Gorgeous Irene’, and developing his own style, he went on to publish ‘JoJo’s Bizarre Adventures’ that would turn out to be his masterpiece and big break. The success of this manga would earn go on to earn him the title of the greatest manga artist of all time.

Eiichiro Oda has created a single gem that he is widely known for and yes, you guessed it, it’s One Piece! Probably one of the most popular and best-telling mangas of all time, ‘One Piece’ really earned Oda the title of the “best manga artist of all time “. He is one of those manga artists who changed the history of manga forever. He was born on January 1, 1975, in Kumamoto. He was determined to become a manga artist since the ripe age of four because he wanted to avoid getting a “real job”.

Well, Oda’s determination and subsequent hard work that followed bore fruits when his work titled “Wanted!” that he wrote at the age of just 17, won many awards and accolades. This manga even won second place in the revered Tezuka Award. This also earned him a gig at the Weekly Shonen Jump magazine where he initially worked as an assistant manga artist to The series titled ‘Suizan Police Gang” written by Shinobu Kaitani. He went on to work as a manga assistant throughout his teenage years, before writing his first pirate-themed one-shot stories titled ‘Romance Dawn’. This manga featured the character Monkey D. Luffy who would go on the become the protagonist of one of the longest-running series to date, ‘One Piece’.

Although the manga industry often seems glamorous, the fame and money from publishing a groundbreaking work often come with a sacrifice. Manga artists are often up to the brim with workloads with packed schedules and tight deadlines, which can prove to be really stressful. Manga artists also deal with a lot of depression, anxiety, and loneliness due to this sole reason which often takes a drastic toll on their mental and physical health and social and family lives. Inio Asano has perfectly described the plight of manga artists in his work, ‘Downfall’.

The manga industry needs to do better in terms of regulation of the flow of work and doing daily mental and physical health check-ups of its artists. As much as it is an achievement to publish a work that would be well-received by the audience, it is also important to check in daily with the artists so that they don’t lose themselves in their work.

Do you have a favorite manga artist? Let us know in the comments!