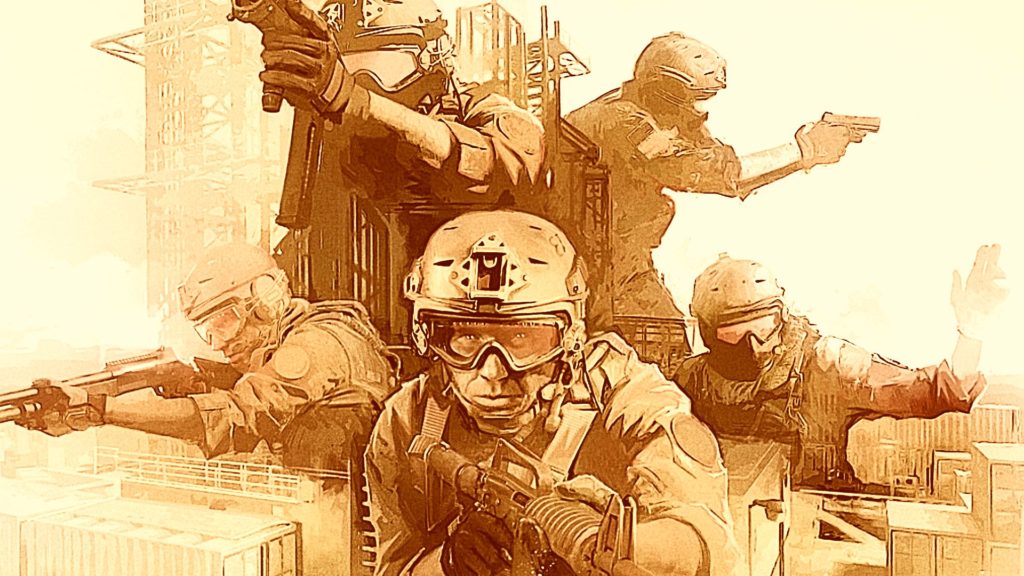 Counterstrike has a lot of memories attached to it when one mentions its name. Sneaking into the computer library to play secretly with your friends on the next computer, before the computer ma’am comes to the lab and so many more memories.

Counterstrike is a great game and no one can replace it and one can never replace a legend but you can always find some substitutes to it and that is exactly what we have done in this list for you.

PUBG is a great game that comes to one’s mind when someone mentions finding out games like Counterstrike. It has a great multiplayer gaming arcade which is way bigger and better than counterstrike could ever give you.

Along with that PUBG is also available on many different platforms to play on such as Windows, Android, IOS, Xbox One, PlayStation 4 and Stadia. So gamers of all different categories can enjoy playing it.

PUBG is free to play on Andriod and IOS but has a paid price for PC which averages around $30.

PUBG is an incredible game that offers a lot like Counterstrike for a free cost price. It has some of the best Battle Royal games that are available on the market and gamers should be truly happy with it if they are looking for games like counterstrike.

The only downside is that is its operated by a Chinese company called Tencent, which is banned in some countries like India for privacy issues.

They also recently released their game on mobile devices such as Android and IOS called Call of Duty Mobile and even that has been loved and praised by the fans for its great graphics, fewer ADS (not an abbreviation for Advertisements, there are no Advertisements on the game) and a really great map.

Call Of Duty’s games cost different rates for different platforms but they are usually around $60.

Call Of Duty franchise is a great franchise if you are into games like counterstrike and it is still going strong with yearly releases on various consoles and PC platforms.

Valorant can also act as a great alternative to Counterstrike as it offers a lot of what counterstrike used to offer but in a more modern and flashy way that gamers of today’s gen like to play.

Valorant is a Windows PC exclusive game that has taken the world by storm due to its great mods, amazing gun designs, numerous classes, and great gameplay altogether.

Valorant can be played for free on Windows PC

Valorant can be a great game for gamers who are looking for a bigger and better version of counterstrike as it offers a lot of features for its free cost of price. If they think about broadening up their horizon by entering into different consoles and even mobile gaming, they can be very very successful.

Rust is a survival game that is very much a game like Counterstrike, it has been applauded a lot by the gaming community and the critics for its great gameplay and even better graphic designs. Since it is a PC and a console-specific game, it would appeal to a larger audience of gamers out there.

Rust is a great game and one that you should really look forward to playing.

Also read: 10 easy fixes to use if Rust keeps crashing on your PC.

Rust is an amazing survival game that has some of the best graphics that you can avail right now by playing it either on your PC or your Console.

Free fire is a Battle Royal game that can be played on your Android or IOS device. It is considered as one of the best Battle Royal games out there in the market because of its smooth refresh rates, great guns, and great map.

Free Fire is a mobile-exclusive game but you can play it on your PC by downloading Bluestacks.

Free Fire is Free to play on your mobile device.

Pro and Cons of Free Fire

Free Fire is a great game like counterstrike and players can really have a good time playing the game with their friends and families.

Which counter strike alternative you should choose?

Look Counterstrike will always have a special place in our hearts because of how good that game was back in the time. But the world of gaming has improved so much since then and it clearly shows.

Coming to the conclusion, Call of Duty has always been the go-to game for Counter strike players. There are many other first-player shooting games you can try from the list. Most of them are free while some paid.

Games like Call Of Duty Mobile and Free Fire or even PUBG Mobile offer you some of the best graphics out there in the market for free, that you can play on your phone! It is crazy to think about it, but it’s true.

In any case, Counterstrike will always be there in our hearts but these games like Counterstrike named above are the ones that will stay in our minds for quite some time now.