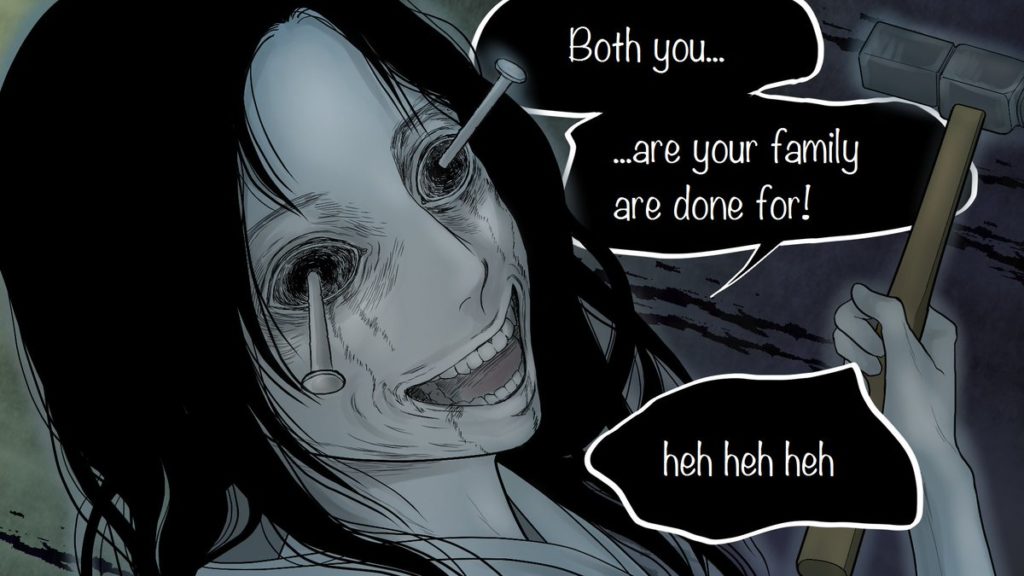 I was delighted to find out that the world of manga boasted an impressive collection of works in the horror genre when I first started getting into it. As a lifelong fan of horror, this was like finding paradise. Horror manga has been in the scene for a long time and we have artists like Junji Ito, Kazuo Umezu, Kentaro Miura, and others to thank for that.

If you are a horror fanatic like me, and would rather watch something that would send shivers down your spine than a comedy or action movie on a movie night, then I have the perfect list of horror manga series recommendations for you! I will be jotting down the titles of 7 scary horror manga that will surely make you keep your lights on tonight. You can read most of these on any manga reader app or websites in high-quality, English-translated scans. You can also install manga downloader software to download these and read them later.

So, get ready for a ride to the grotesque yet magnificent world of horror manga!

What are the best manga of all time in the horror genre?

Known as one of the maestros of this manga genre, Kazuo Umezu has inspired other popular horror mangaka’s like Junji Ito.  Umezu is renowned for his surreal themes, psychologically triggering storylines, grotesque art style, and impeccable ability to lay down a complex idea immaculately.

God’s Left Hand, Devil’s Right Hand is one of Umezu’s masterpieces where he skillfully incorporates the elements of macabre while narrating a story of human transgressions. It takes your regular serial killer stories up a notch and presents to you a beautifully mangled world as the events unfold to reveal an even horrifying truth.

I will recommend every horror fan to read this 2000’s horror manga at least once, just for the sheer panic it leaves you with.

The Promised Neverland by Kaiu Shirai and Posuka Demizu

This is a horror manga series that has garnered a lot of attention since the day of its release. It also has a 23-episode anime series, gameplay, and a live-action movie in its name. This is a celebrated Shounen manga that is enjoyed by readers of all ages irrespective of their gender.

This is one of those horror mangas that keep you on your toes until the very end. As your heart will cry out for the children of Grace Field House orphanage, you’ll be taken deep inside the rabbit hole of the story as you bite your nails with anticipation for what’s to come.

Although it gets less clout as a horror manga more than it does as a Shounen manga, I think it deserves a special mention in this recommendations list, as it is just as engrossing as any other work in this genre. I highly recommend every horror fan to read this and come up with their own opinions on the story.

This is a manga that quite effortlessly incorporates elements from both horror and sci-fi genres, to create a well-crafted piece of fiction. The story is quite thrilling and I enjoyed every moment of reading it.

This ’80s/ 90’s horror manga also has an anime adaptation that is really underrated and deserves more attention, in my opinion. In fact, the manga itself deserves more limelight than it gets, just for the sheer thrill it provides to the readers. The story is heart-wrenching and leaves you thinking that the protagonist definitely deserved better.

The story narrates the tale of parasites infesting human bodies and slowly devouring their entire being. It also centers around the themes of self-disgust, hatred, and fear of the unknown, of something that has the capability to take over the human species. The manga is also explicit in its portrayal of gore and bloodshed so I would advise anyone planning to read it to proceed with caution. If you are new to reading manga, I would suggest you check out our article on how to read manga panels to get a better idea of how this entire thing works.

Uzumaki by horror maestro Junji Ito is a classic horror manga that hasn’t yet failed to raise a few goosebumps in anybody who has read it. The striking point of Uzumaki that gives it its individualistic character is its depiction of the uncanny and the outlandish in the ghastliest ways possible.

Junji Ito’s Uzumaki revolves around an equally bizarre central theme – spirals. “Uzumaki” which literally means spirals tells the story of Kurouzu-Cho, a quaint town where morbid things have happened in the past. Kirie and Shuichi, two high-school teenagers hailing from the same place, go down a spiral of horrid events (see, what I did there), as they try to unravel the mystery of the strange curse that plagues their hometown, once and for all.

Junji Ito’s Uzumaki is one of those manga that will take you down a path that you were not ready for. As you join Shuichi and Kirie in this deep rabbit hole of mysteries and twists and turns, what lies at the end of the road may not be something that you anticipated. I would definitely suggest this horror manga for every fan who lives for the creeps.

Attack on Titan by Hajime Isayama

Attack on Titan has probably become a household name for every anime and manga fan by now. Since the release of its 3rd and 4th seasons, it has gained massive popularity and still is. It is not your cookie-cutter horror manga by any chance. Rather, it borrows themes and elements from fantasy, action, and adventure in order to craft its universe.

However, the most hair-raising factor about this manga has to be its depiction of the colossal monsters known as Titans that imposes a threat to humanity. These gigantic diabolical creatures have conquered earth and cornered humanity and on top of that their aim is to prey and feast upon weak and vulnerable humans. It is up to Eren Jaeger and his friends to change the fate of humanity forever.

Although being one of the latest horror mangas, Attack on Titan takes the W when it comes to storytelling, character establishment, and development. If you haven’t read or watched it by now, you definitely should!

Goth by Otsuichi upholds the very ethos of its title. This dark, gothic story may only be a few chapters long, however, it succeeds in narrating the very intricate details of its story quite effectively.

The main captivating feature of the story as a whole is the connections between each chapter, which at a first glance, may only be subtle, but create a bigger picture by the end of the short manga. The characters are enigmatic and it is not until later that we get to know of their dark pasts, which comes as a massive shock to the readers.

Goth is a horror story, and with each chapter, you will find yourself questioning everything that you had read so far. The main characters are far from what you consider “normal” and their obsession with the macabre and morbid lead them to points in life that they can never return or recover from.

I would highly suggest this horror manga to anyone looking to get into this genre and to everyone else looking for something refreshing to read.

Another popular new horror manga has been adapted into an anime series. Tokyo Ghoul will take you on a journey to the strange world where demon-like entities called Ghouls reside alongside humans. These ghouls have special powers and survive on human flesh and blood. Kaneki Ken, the main character, is a regular (or is he?) high-school boy, whose world turns topsy-turvy after his encounter with the ghoul Rize.

Tokyo Ghoul has gathered major attention in the last couple of years. Partly because of its art style and its major plot enhancements through character development. The manga is very explicit in its depiction of bloodshed, violence, nudity, and sex. However, it is enjoyed by fans all across the globe.

I would highly suggest you read this manga or watch the anime series as I believe it will be a fantastic experience. Well, it was for me at least. Although there were certain things I did not like about the story, the manga as a whole stands out.

Horror manga flaunts a rich collection and every horror fanatic should get a taste of this monochromatic yet bone-chilling world at least once in their lives. There are various sites to download manga and read them on the internet, which you can check out if you are interested in reading a few of these. As for some of the manga that I have mentioned above, there are also anime adaptations available for you to watch. However, the main difference between anime and manga is that the manga tells the story with all its subtle and intricate details that the anime adaptations might miss out on. So, I would suggest you read the manga first and then watch the anime if you’d like. I hope this listicle gives you some insight on where to start with horror manga if you are relatively new to this genre. Let us know your opinions in the comments below!