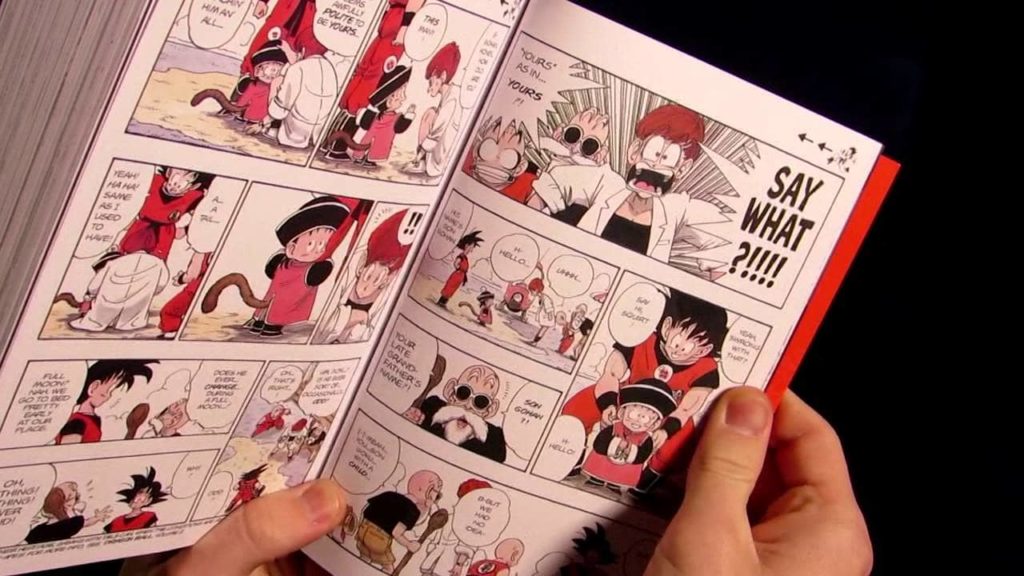 To read manga in the right way you first need to follow the sequence of right to left and up to down, after that you need to know how to analyze panel elements, followed by interpreting characters’ emotions by learning about common emotional iconography.

Manga fans will agree that once done in the right way, reading manga becomes a truly amazing experience as Manga is derived from Japanese Comics and is a completely different experience than your regular comic books. In this article, I will show you how to read manga correctly to capture the true essence of this art form.

But before we get into it, let me tell you that like any other field you would require a certain amount of practice to master the art of reading manga correctly, just ensure that you follow these 4 steps, and gradually you will become one of those manga experts who can detect potential easter eggs hidden that determine the future direction of manga panels and even come up with exciting manga theories.

If you wish to read manga online then check out these manga apps or you can also download manga books from these sites to read them on the go.

How to choose Manga

Studying the different types of manga

Manga has five major categories that determine the theme of any particular manga.

Get familiar with this table so the next time you pick out any manga you know what you are getting into.

Choose a manga genre that suits your personality.

Mangakas often tend to create manga with multiple themes and topics but tend to keep it in one genre so that readers are not left too puzzled. So it is important that you choose a manga from a genre that resonates with your personality. Manga genres include adventure, action, mystery, slice of life, comedy, romance, gender bender, fantasy, mecha, historical, harem, and science fiction.

Start with any popular manga series.

Reading your first manga is tricky so I would recommend that you start off on the right note by opting for any series that is popular with manga fans. I personally would recommend Dragon Ball since it has all the elements of a proper manga series but you can also check out this list of the best manga of all time to help you enhance your manga reading experience.

Read manga that resonated with your real life personality.

Once you have finished reading a few popular manga series you will have enough experience to differentiate between the various types and genres of manga. This period is what I like to call the “honeymoon phase” of manga reading. To further enhance the experience from here, select a series that you can relate to, by doing so your interest in manga will grow even stronger as your real-life experiences will co-relate with the manga you choose to read.

Always start with Chapter 1 of any series.

Reading any manga from the first story and continuing the series chronologically is highly recommended as it is the best way to see the character development of your favorite manga heroes. Usually, episodes of most manga are published together in a collected volume. Readers can check the issue and series on the cover page.

The spine of manga books always rests on the right side.

When you keep the manga book on a table make sure the spine is positioned to the right and leaf ends are on the left. In simple terms, it is “backward” in comparison to English books. The same pattern is to be followed while reading online manga pdf.

Begin reading with the title, author’s name, and edition.

Reading manga on the correct side is very important or else you will be confused throughout the chapter. To confirm that you have begun correctly look at the front cover, if the manga title and name of the author or authors are there then you are reading correctly. If you see a warning note that says, “You’re reading the wrong way” simply flip the manga.

The right way to read panels

The dialogue balloons should be read from right to left and up to down.

Read the texts with black panel backgrounds as flashbacks

If there is a manga panel with a black background, it indicates that the incident illustrated has happened before being told in the manga. Black background portrays a flashback to a prior time period or event.

The fading panel backgrounds indicate a transition from the past to the present.

The sigh bubble indicates a character’s relief or exasperation.

To read manga correctly, when manga characters are illustrated with an empty dialogue bubble near their mouth, it depicts that a character is sighing or expressing exasperation.

While interpreting characters’ emotions in mantas, the line sketched across the character’s cheeks and nose indicate blushing. They could also be interpreted as a character expressing embarrassment, romantic feelings, or even overjoyed.

Interpret a nose bleed as lust, it isn’t an injury.

To read manga properly, the nosebleed portrayed on a character’s face indicates them having lustful thoughts about another character. It shouldn’t be misunderstood as an injury.

Whenever a sweat drop is illustrated near a character’s head it indicates embarrassment. To understand and read manga properly, one must remember that a sweat drop near the head portrays feelings of extreme discomfort or embarrassment.

In a manga, when a manga character is illustrated with a black, grey, or purple shadow floating in the background, this depicts negative energy around the manga character.

To summarise, to read manga in the correct way, lay down the book in such a way that the spine is to the right. While reading the dialogue panels, you have to go from right to left and up to down the course. If a panel has a black background, it should be interpreted as a flashback. If there is a fading background panel, a transition from past to present is being illustrated.