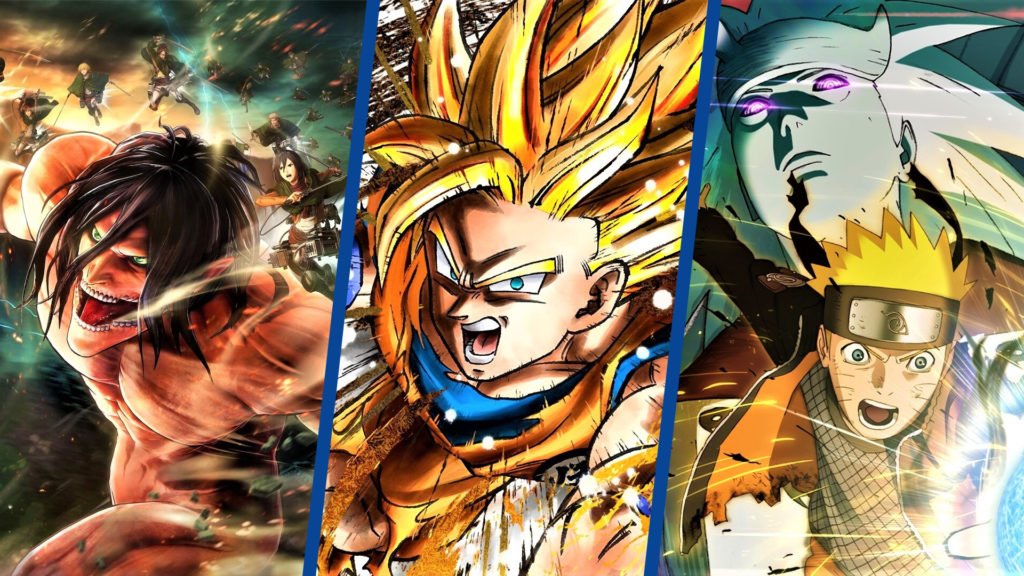 Anime and video games go hand in hand. If you’re an anime lover there’s a high chance that you love playing video games in your free time. And nowadays with the number of high-end gaming consoles, obtaining video games and playing them has become a fun and interactive experience for all gamers out there.

But what happens when anime and video games come together? That must be heaven for all anime-loving gamers! If you are looking for suggestions on PS4 anime games, I have some of the best suggestions for you. Join me in this article to get to know more about some of these delightful, entertaining, and extremely thrilling PS4 anime games that you won’t be able to put down once you start.

This anime PS4 game is probably the best out of all Naruto Shippuden games in the Ultimate Ninja Storm series. This game was developed by popular video game developers CyberConnect2 and distributed by Bandai Namco Entertainment. Other than PS4 you can also play this game on Xbox One and Steam.

The narrative of the game follows Naruto Uzumaki and Sasuke Uchiha, two of the main characters in the series, as they prepare to fight against the terrorist organization Akatsuki in the Fourth Shinobi World War. Players can switch between three fighters in one team who assist each other. The game also includes boss fights, quick-time events, and hack and slash areas.

This is the number 1 anime video game and every gamer should check it out at least once. You’re gonna have a hard but fun time trying to complete it for sure.

This PS4 anime game is based on the Attack on Titan series created by Hajime Isayama. This hack and slash action game has been developed by Omega Force, a popular game developer, and can also be played on Nintendo Switch, PS Vita, Xbox One, Microsoft Windows, and Stadia.

The narrative of this PS4 anime game follows through the first 50 chapters of the original manga series which is equivalent to the first 2 seasons. This is a PS4 anime game with character creation where the players can create their own characters and interact with the other characters in the game. The best part of this game is that it has its own ending which does not feature in either the manga or the anime.

Attack on Titan 2: Final Battle is definitely one of the most thrilling games that I’ve come across and every gamer should dive into it, ASAP. You will not regret it, mark my words.

This PS4 anime game is an action video game based on the One Piece series. It was developed by Omega Force and distributed by Bandai Namco Entertainment. You can play this game on any platform like PS3, Microsoft Windows, Nintendo Switch etc. apart from PS4.

The plot of this game is quite familiar to the plot of the One Piece series. It starts off with Go D. Rogers’ final words before he is executed and then shifts to Red-Hair Shanks giving Luffy, the main protagonist his iconic straw hat before abandoning his hometown. The video game pretty much compiles its main story arcs into singular missions, thus summarizing the entire series in a nutshell. It ends with the Dressrosa arc that has an alternate ending, different from the original ending in the series.

This is one of the best video games in the One Piece: Pirate Warriors series and I will highly recommend this game to all One Piece fans and gamers. Take a tour of the world of Luffy and friends and break a sweat trying to complete each mission!

This open-world anime game on PS4 is a part of the Science Adventure series, developed by 5pb. This PS4 anime game can also be played on PS Vita, Nintendo Switch, Microsoft Windows, and iOS. This is one of the most interactive and engrossing games that I ever got my hands on.

This sci-fi visual novel is fully animated and uses quite a few scenes from the anime series of the same name. However, it also includes a lot of new story routes and freshly developed animation that you won’t find in the Steins; Gate anime series. This interactive game allows the player to read the on-screen instructions and press buttons to progress the text and animation, thereby advancing in the story itself. It gives the player the choice to make their own decisions which can lead to various alternate endings, based on that players’ particular decisions.

The sole selling point of this game is its interactive nature. This PS4 anime game gives the players the option to choose or rather create their own endings. If you are someone who’s looking to play something out of the box, this is just the game for you.

This is an RPG or role-playing PS4 anime game developed by Media. Vision and is a part of the Digimon franchise. It is playable on both PS4 and PS Vita. If you have watched the original Digimon stories, you would know what this game is all about. For those of you who don’t know, the series is based on digital pets or “Digital Monsters” originally created by WiZ and Bandai as a counterpart to the more female-inclined Tamagotchi pets.

In the gameplay, the player can choose to role-play the character of Takumi Aiba (male) or Ami Aiba (female), who is a student living in Tokyo while their mother works in a foreign country as a news reporter. Her life changes when she receives a strange message from a hacker and involves herself in the investigation of a physical-interaction cyberspace network known as EDEN. There she meets Nokia Shiramine and Arata Sanada who are also involved in the same investigation. The game features 249 unique Digimons, two of which were internationally exclusive and seven that were available for download throughout the entirety of the gameplay.

Digimon Story: Cyber Sleuth is quite an engaging game as a childhood fan of the series itself I was blown away. I would definitely suggest this game to all Digimon lovers and anime gamers.

This PS4 anime game is a third-person shooter RPG game that has been developed by Dimps and can be played on a PS4, Xbox One, Nintendo Switch, and Microsoft Windows. It is based on the Sword Art Online light novel series and features one of the best RPG gameplay ever.

The narrative of this gameplay takes place in an alternate timeline to the original light novel series and anime. The entire gameplay takes place in the Virtual Reality MMORPG known as Gun Gale Online. This VRMMORPG was first introduced in season 2 of the Sword Art Online anime series. The player has to create their own character who accompanies GGOand their friend Kureha. They also meet ArFA-sys, along with the rest of the cast. In the final stages of the game, the player is also offered an alternate ending based on their choice and also has a third ending which is canonical to the main story.

This anime game is one of my favorites and I definitely had the best time playing it on my PlayStation 4. I’m sure you will enjoy it too.

This PS4 anime game is again an RPG game based on the anime and manga series of the same name. It was developed by GUST studios who worked closely with the original creator of the popular series, Hiro Mashima to create this game. It includes several story arcs like the Tenrou Island, Grand Magic Games, Tartaros, and Avatar arcs.

The main goal of the game is to restore your guild to its initial valor. In this RPG game, you can play the role of any of the Fairy Tale characters and complete requests, create friendships and upgrade the guild’s mechanisms to raise its Guild Rank. You can play this game on a PS4, Nintendo Switch, and on a PC via Steam.

This is quite an enjoyable PS4 anime game and fans of the Fairy Tale series will definitely love it. I absolutely loved it and will definitely recommend this game to all anime and video game lovers.

Do you think you’ll be checking out any of these PS4 anime games I’ve mentioned in the list? Let us know in the comments below!