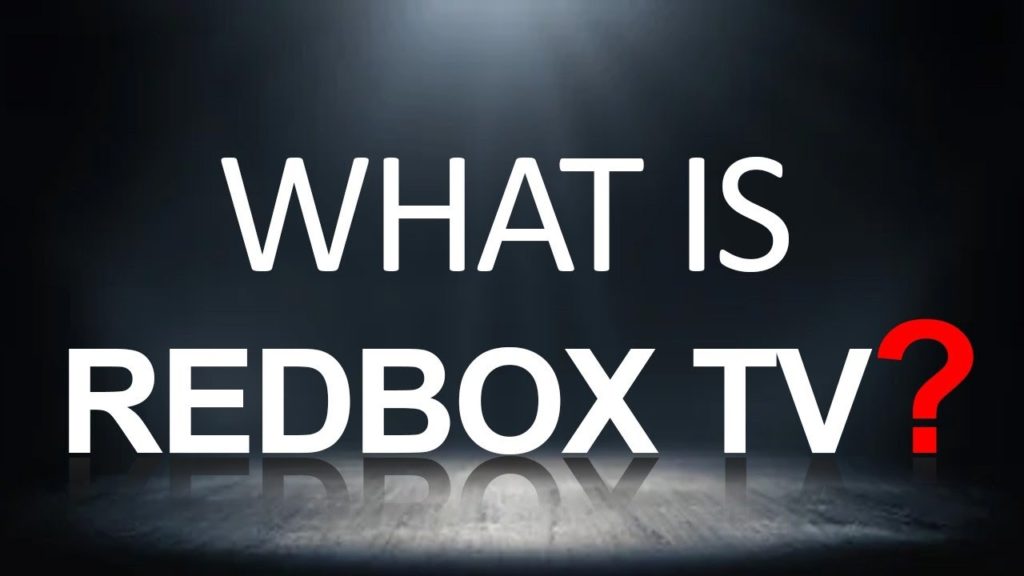 What is RedBox TV?

RedBox is an application used for streaming over 1000 TV channels available for Android phone users. This application is well known for its high-quality video. One can easily view their favourite shows over and over in amazing video quality. The shows are impeccably shown in SD and HD quality.

This application is completely free for users, allowing you to enjoy unlimited TV channels in all countries, languages, and genres. This accounts that as far as your device has a high-speed internet connection you’re good to go. You can browse your favorite shows on your favorite channel through your own mobile data or through WiFi as well. Moreover, this application provides you to download your shows to watch them anytime and anywhere without any hassle.

As this app doesn’t charge a user fee or a registration fee, the developers make the profits by showing ads on the screen. These ads may get annoying for a user after some time but for an application with its high-quality features, the advertisements can be ignored.

RedBox Is the Best App For Android Users

Why do I say that RedBox is the best application app for Android users? Well, the best features of this app includes:

● Streaming over 1000 channels on your phone.

● You can get access to any of your favourite channels worldwide.

● You can search your favourite show based on various categories, content and even country.

● It provides you a Smooth-Watching experience.

● This app has a large set of networks which provides you loading- free streaming of your favourite shows.

● You can easily relax and watch any of your favourite channels from across the globe.

● Users do not have to change VPN to get access to any other country’s channels.

RedBox TV brings you entertainment and fun just on your clicks. Isn’t that amazing? People stream Netflix, Prime Video, Hotstar by paying thousands. This can purely be avoided when you can get access to a variety of popular shows from across the globe.

Besides watching movies, TV channels also bring us extremely rewarding and interesting programs. Many people like to watch a favorite TV channel, because programs are always changing in each show, giving them lots of information and interesting content. RedBox TV will bring you more than 1000 TV channels with all genres you love.

If you love sports, open channels ESPN, Tyc Sports, Premier Sports 1, Sky Sports to enjoy the most exciting matches in the Premier League and other exciting sports like Tennis, basketball, baseball, WWE, … Are you interested in politics? Channels like CNN, BBC are the top choices for you.

The application allows you to create a list of favorite channels so that you do not spend a lot of time searching. When the app was switched to Child Mode, TV channels with inappropriate content for children were completely removed, with a preference for channels like Cartoon Network or Disney Channel appearing on the home screen.

With only 10MB, you can bring the world of TV channels to your Android phone. Isn’t that so cool? RedBox TV is the best, lightest, fastest, fun, and smoothest online TV streaming app you can find for your Android phone. The app also doesn’t require you to sign up for an account, you just need to download, open it and use it. Super easy, Super Free!

The link to download your favorite TV streaming app is right here.

RedBox TV not working? What is the replacement?

Besides RedBox Tv, you can get access to many more digital applications and sites to stream your favorite TV shows, whenever and wherever. These applications are surely safe in all of the areas. Many online streaming apps on the internet are deceiving in nature and they just try to inject malware into your device. These apps ask for permissions that are not required for their normal functioning. For example, apps may ask for contact permissions which of course is not required to stream your favorite channels.

Here is a list that displays many applications like RedBox TV which helps you provide a range of shows and movies easily:

These apps which are not downloaded from reliable sources like Google Play Store or Amazon Store could be potentially harmful and malicious for your phone and also to you as a user by harassing the privacy. So, I recommend you grant the permissions which you think are best suited for the functioning of the apps. You can find permissions under settings on your Android device.

Orea TV is a live TV and Movie Streaming App for Android. Unlike other streaming apps, Oreo TV offers a very clean and uncluttered app experience. You get a majority of Indian Live TV Channels but assured you will get plenty of international channels and movies to choose from. The app streams Live TV in HD quality if available. It is one such premium streaming app you cannot miss having on your Android-supported device.

Mobdro app allows users to stream videos for free on Android devices. Mobdro continuously searches YouTube for the best videos and then provides the users with all the links in just one place. Mobdro can be used to easily discover streams worldwide on different topics in various languages. It allows users to stream videos online for free. The videos you stream can be easily bookmarked and kept safe for future reference.

AOS TV is one of the most popular TV streaming Android apps, AOS TV is specially made for Asian people because it has all Asian countries’ channels. AOS TV has channels worldwide, you get from the United States, United Kingdom, Canada, India, Pakistan, Bangladesh, Turkey, France, Italy, Afghanistan, etc. It supports more than 1000 TV channels. This application is well suited with smartphones, smart TV’s and with various fire tv sticks.

YouTube TV is an American streaming television service that offers live TV, on-demand video, and cloud-based DVR from more than 85 television networks, including the Big Four broadcast networks and PBS in most markets. It is owned by YouTube, a subsidiary of Google, itself a subsidiary of Alphabet Inc. It requires a subscription but can be used whenever and wherever. Go on, try now!

for free. You just have to request help and follow the right steps to get accessed to a TV worldwide.

Sling TV is an American streaming television service operated by Sling TV LLC, a wholly-owned subsidiary of Dish Network. Unveiled on January 5, 2015, at the Consumer Electronics Show, the virtual multichannel video programming distributor aims to complement subscription video-on-demand services for cord-cutters, offering a selection of major cable channels and OTT-originated services that can be streamed through smart TVs, digital media players, and apps. This application is available on Android phones as well as iOS devices.

This application came into force in 2017. Now it works as a hybrid of Sling TV and Netflix, offering both TV Shows as well as Live TV to its users. It casts a series of TV shows both old and new, movies, and other infotainment programs. It is a very well-known application. People choose it for its lowest cost. You can get content in a cheap way. If you’re looking for easily accessible content in a quicker way: Hulu is the answer.

DirecTV by AT&T is quickly gaining a huge subscriber base. These internet TV App with 100+ channels actually streams Live TV. With TunerMedia under its hood, you can expect more and more TV Channels along with a mammoth collection of the vast media library. The App itself has some issues and bugs actually making it very unlikely with respect to User Experience but said that the DirecTV App hosts a powerful blend of entertainment, music, sports, news, and many more channels.

With an application of the likes of ThopTV, you won’t miss a single one of your favorite TV programs. ThopTV hosts thousands of channels free and premium which you can stream for free without any account or subscription. You get Live sports, movies, entertainment, and more on the applications. This application provides you to access Live TV channels from across the globe. It hosts all the shows from Canada, the USA, Europe, Australia, Brazil, and many more places. The only setback in this application is that you will have to set your VPN address according to your desired watchlist and their country.

This application is widely used by Indian and American citizens. It is already known to have a lot of users. This application, you can easily get on App stores or Google Play Stores. It does not require an APK version. It provides some free access to a limited number of shows and channels. Whereas if you choose to buy a subscription. Voilà! You’re in a world of unlimited movies, tv, and many more shows and channels. Well, in conclusion, this is the best application so far to get access to multiple digital ways of watching Television on your mobile.

This is one of the most downloaded Live TV app on Android. JioTV offers. JioTV offers 400+ channels including 60+ HD channels spread across 10 genres and 15 languages. It is a one-stop destination if you wish to watch Indian programming on your smartphone. But there is one barrier to this wonderful App that is you need to use their SIM cards on your device to run the channels.

I hope now you can easily get access to a worldwide range of your most-watched TV shows.  So take out time for yourself. Sit back and relax. Watch your favourite shows online. Have Fun!