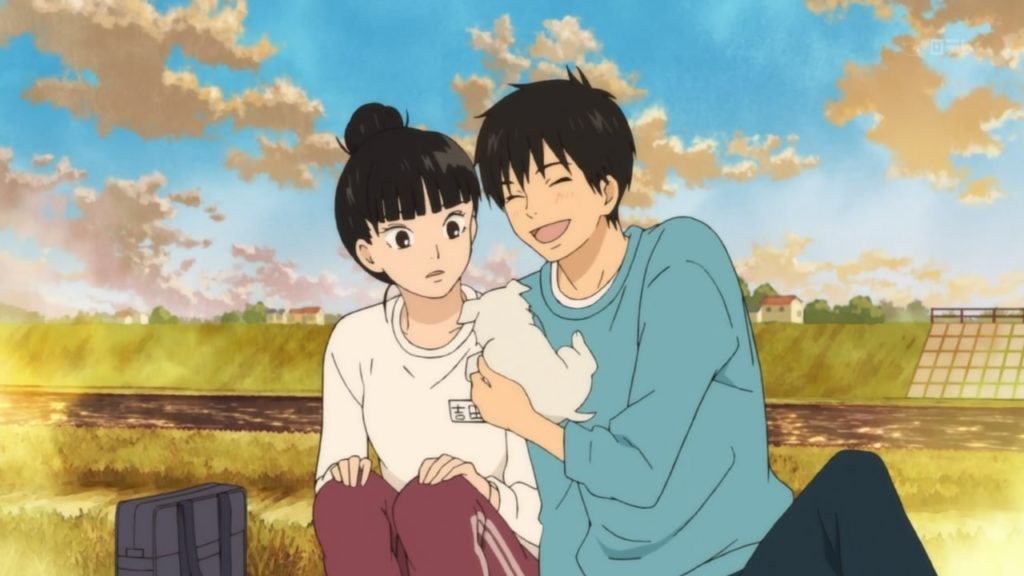 Romantic comedy is a popular genre in audio-visual entertainment like Tv series and movies. And it is no exception to anime as well. Romance and rom-com anime are typically targeted towards young women although they can be enjoyed by all genders. Although they are usually listed under the Shoujo demographic, even boys can enjoy a good wholesome rom-com anime. These anime typically deal with the themes of love, romance and usually have characters who are strikingly opposite to each other in personalities who come together and develop feelings for each other. Some of these rom-com anime can also be found in the harem, reverse harem, yaoi, and yuri genres.

In this article, I will be taking you through some of the best rom-com anime that I love personally and recommend you to watch. These are some of the bests in this particular genre and hope that you will come to love some of them too!

Where to Watch Rom-Com Anime?

You can watch rom-com anime in subbed and dubbed versions on anime streaming platforms like Crunchyroll, Hidive, Funimation, VRV, AnimeLab, etc. You can watch all these anime in high-quality 720p and 1080p videos without any ads and smooth playback on these platforms.

Come, let us take a look at some of the best Rom-Com anime of all time!

This rom-com anime has been a hot topic of conversation all throughout 2020, as soon as the first season dropped. The anime tells the story of Naoto Hachioji, a shy and introverted high school student who doesn’t interact with his peers and draws manga to pass time. However, soon he falls victim to the bullying of his junior, Nagatoro Hayase, who is secretly in love with him. Soon, Naoto develops a crush on her and starts asserting himself, and takes an interest in Nagatoro’s life.

Ijiranaide, Nagatoro-San is a humorous and light-hearted rom-com anime that will surely give you the giggles and also make you go “aww” at the same time. I loved this anime and can’t wait for Season 2 to come out soon!

Also known as OreGairu and Hamachi, this rom-com anime is one of the best that I’ve ever watched. I remember getting into this anime back in the days when it used to air on Animax and relating so much to Hachiman Hikigaya, one of the main characters of the series. The series narrates the story of stoic and cynical Hikigaya and his journey towards accepting his feelings for the beautiful Yukino Yukinoshita who is the complete opposite of him.

This is definitely one of the best romantic comedy anime to watch as it depicts the psychology driving the characters’ actions in various social situations, in a high school setting. At the same time, you will surely laugh your butt off at every moment.

This is one of the best anime from the rom-com genre as well as the reverse harem genre. Ouran High School Host Club is definitely one of my all-time favorites and I keep suggesting it to people looking for a light-hearted watch.  It narrates the story of Haruhi Fujioka, a high school student with a scholarship studying in one of the most prestigious private schools in Japan. However, things take a weird turn after she accidentally breaks a vase worth millions, belonging to the boys of the Ouran High School Host Club, a group of boys who host the female students. Mistaking Haruhi for a boy they ask her to work as a host to pay off the debt.

Ouran High School Host Club is one of the funniest rom-com anime that deals with Haruhi coming into terms with her feelings for Tamaki, one of the most popular hosts. I loved watching every bit of this anime and I’ll definitely recommend it to anyone looking for a humorous rom-com anime to watch.

This rom-com anime is also one of my favorites. I started watching this anime in my Animax days and finished the entirety of it later on. And I must say, it is one of the best rom-com anime out there. This anime focuses on the relationship of stone-cold beauty, Shizuku Mizutani, who only cares about her academics, ambitions, and career, and Haru Yoshida, a carefree boy who barely attends school. After Shizuku is tasked with delivering study materials to Haru’s place, the encounter ends up bringing them closer and Shizuku finally lets her walls down and lets Haru in. She also discovers a whole new side to him that she had not expected to see.

My Little Monster deals with Haru’s feelings towards Shizuku and the latter coming into terms with her own emotions and vulnerable side. The social outcasts come together and fall in love and pretty melts the audience’s hearts in every turn. This is definitely a rom-com anime worth watching.

This rom-com anime received a lot of hype since it came out. The story revolves around Kazuya Kinoshita, a college student who recently got dumped by his girlfriend. In order to get over his loneliness, he decides to use a dating app to rent a girlfriend (a service popular in Japan where women work as “rental girlfriends” to accompany men but without any sexual undertones). His rented girlfriend, Chizuru Mizuhara, is a woman proud of her reputation as a rental girlfriend. However, she lashes out at Kazuya after he gives her a low rating. A couple of days later he invites her again to visit his sick grandmother with the disguise that she is his real girlfriend. Kazuya’s fake girlfriend narrative continues till he realizes that Chizuru is his neighbor and goes to the same college as him.

Rent-A-Girlfriend is a hilarious rom-com anime that had me laughing like a maniac in certain instances. Kazuya’s awkwardness and Chizuru’s loud personality perfectly complement each other. You should definitely check out this anime ASAP.

Itazura no Kiss is a classic rom-com anime that narrates the story of an air-headed school girl named Kotoko Aihara who finally confesses her love to Naoki, a senior with who she has been infatuated a very long time. But Naoki rejects her on spot given he is out of Kotoko’s league. However, fate has other things for them as Kotoko is reacquainted with Naoki after her house is destroyed in an earthquake and she has to move in with her father’s childhood friend, whose son turns out to be none other than Naoki.

As Kotoko continues to stay in close quarters with the love of her life, Naoki also begins to develop feelings for her. Itazura no Kiss is an exciting rom-com anime that will surely warm up your heart alongside making you laugh.

This is a Yaoi rom-com anime that narrates the story of Ritsu Onodera a literary editor by profession, joining Marukawa Publishing after resigning from his initial position as an editor in his father’s company. However, instead of being positioned in the literature department, he is given a post in the shojo manga department named Emerald, much to his dismay. Soon enough, he comes into contact with the tyrannical editor-in-chief of Emerald, Takano Masamune, who takes an interest in him although deeming him ‘useless’. However, it turns out that Masamune is Ritsu’s old flame from back in high school, pretty much the one that got away. He tries to get away from him at all costs, but fate has something else in hand for the old lovers.

Although being a Yaoi, the Sekaiichi Hatsukoi anime is devoid of too many sexual scenes. Something this particular genre is infamous for. It is also quite humorous as we see Ritsu trying his best to keep away Takano, while at the same time falling for him again. Yaoi and BL fans will surely enjoy this series.

Rom-com animes are perfect for a light watch if you are tired of watching heavier anime that involves a lot of emotional commitment. These anime are funny, fluffy and portray an idealized fantasy of romance, that we all look for from time to time. There are several other rom-com anime other than the ones I mentioned of course. These are usually listed under the Romance category on anime streaming sites.

Which is your favorite rom-com anime of all time? Let us know in the comments!