Six of the Most Impressive VFX in Movies 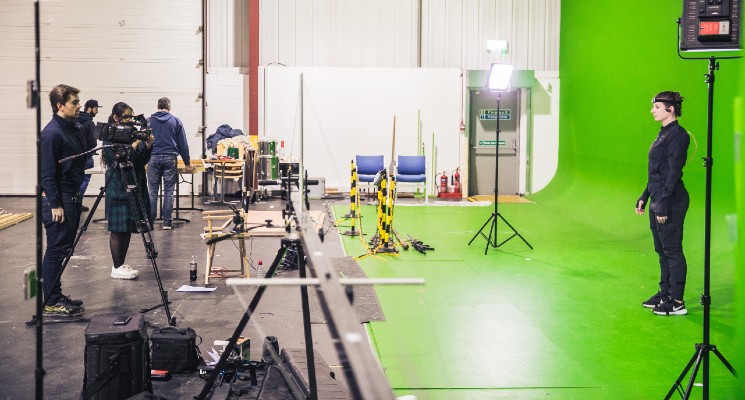 But first, what is VFX, exactly? Well, VFX stands for “visual effects.” In broad terms, visual effects is the process of creating and/or manipulating the images in a video outside of what was filmed in real life. For example, using CGI to create images that aren’t real is a type of VFX.

It’s important not to confuse VFX with SFX, or special effects, because SFX are recorded during filming. For example, explosions and other pyrotechnic effects are a type of SFX that get recorded in real-time during filming. If such effects were added after filming, using CGI, they would classify as VFX.

Without Further Ado, 6 of the Most Impressive VFX in Movies

This film earned widespread recognition for its incredible use of CGI and VFX to create hyper-realistic apes on screen. What’s particularly impressive in this movie is the depth of detail on each and every ape’s face — you can really see and feel their emotions.

In the case of Dawn of the Planet of the Apes, post-production editors used a VFX technique called “motion capture” to get such amazing results. This technique involves filming real actors wearing tight suits with white balls stuck all over them that captures all their movement.

The actors performed all the apes’ movements during filming, but the unique suits allowed editors to seamlessly lay CGI over them in post production to create such incredibly realistic looking CGI apes for the big screen.

You probably remember how big of a deal the movie Avatar was when it came out in 2009. The film really revolutionized 3D visual effects, even going on to win the Academy Award for Best Visual Effects.

An impressive 60-70% of Avatar, including characters and backgrounds, was created entirely with CGI. It was also one of the first movies to be made using modern motion capture technology, which is what led to it being the most realistic 3D movie to date when it came out.

Here’s a more recent entry on our list of movies with the most impressive VFX: 1917.

This WW1, trench-based action film from 2019 was edited to make it look like it was filmed all in one continuous shot. However, editors were able to achieve this partly using VFX, such as replacing the main actor with CGI in certain shots to make seamless frame transitions.

If you watch the movie, you’ll never notice the VFX used to trick your mind into thinking it’s one continuous shot — that’s how good they are.

Though most of the film’s scenes contain some VFX, you’ll be surprised to find out that virtual effects weren’t used to create any of the explosions or other realistic battle effects. These were all real special effects recorded live.

The Lord of the Rings: The Fellowship of The Ring won the 2001 Oscar for Best Visual Effects, and rightly so.

With so many different fantastical races and beasts, editors had to make use of VFX to stay true to Tolkein’s book.

For example, they used visual effects to make the hobbits appear smaller than their regular-sized human and elf companions in the movie.

The film’s VFX editors also achieved some stunning results for things like the cave troll that attacks the Fellowship in the Chamber of Mazarbul, a scene which still holds up well by today’s standards.

Other notable CGI elements include the Balrog, the Eye of Sauron, and the large armies of the various factions of Middle Earth charging into battle on different occasions.

We could put any of the Marvel Avengers movies on this list and it would be justified, but Endgame deserves special mention for some of the unexpected ways it uses VFX to create some of its most important scenes.

In particular, the scene where Captain America fights himself is an impressive VFX achievement. The scene was filmed using Chris Evans and a body double, onto whom Chris Evan’s face was imposed in post-production.

Chris Evans and the body double took turns filming each side of the fight. Of course, you’d never know who was the double and who was the real actor in the final cut’s different shots!

Rounding out our list of the most impressive VFX in movies is 2016’s The Jungle Book.

Naturally, a movie revolving around a boy being raised by jungle animals relies heavily on CGI to achieve realistic results, and The Jungle Book did this very well.

The movie’s animals manage to strike a perfect balance between being realistic and being anthropomorphized.

Additionally, all the scenes where Mogli is running around in the jungle are created using VFX. During filming, they recorded the live action actor on a soundstage.