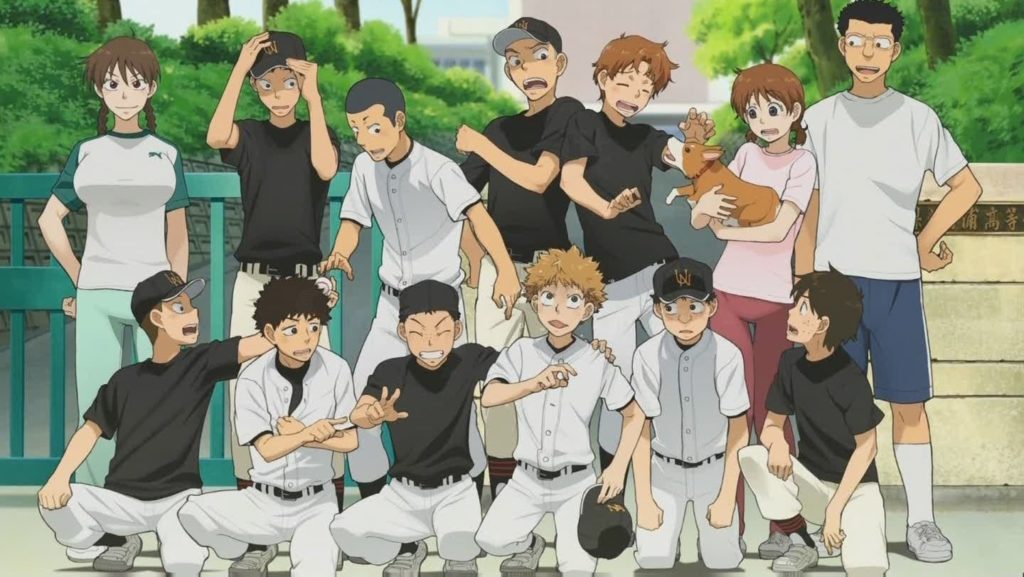 Sports and athletics are a part and parcel of some of our lives since we were kids. Watching or playing a sport can teach people a lot of good values in life like discipline, team spirit, confidence, and the ability to keep calm in times of intense situations. Sports in Japan is a big deal, with the Japanese being hardcore sports enthusiasts, immersing themselves in games like soccer, baseball, basketball, volleyball, etc. Not to mention that the 2020 Olympics was held in Tokyo.

Given the love of sports among Japanese people, it is no wonder that this has left its impression in the world of anime as well. There are various sports anime that have made an appearance, so much so, that it has become an entire category in anime! In this article, I will be taking you through some of the best sports anime that ever was, and you can decide for yourself whether to check them out. You can watch these sports anime online on any top anime streaming sites in English subbed and dubbed versions.

So let us not waste any more time and jump into the wonderful world of sports anime!

This motivational sports anime with an OP MC is about basketball. Kuroko no Basuke narrates the tale of Tetsuya Kuroko who used to be the mysterious sixth member of the Teiko Junior High Basketball team, a group consisting of top-level players known as the Generation of Miracles. Now, a freshman at Seirin High, Kuroko along with Taiga Kagami, a naturally talented player, begins taking on the former’s ex-teammates one by one.

Kuroko no Basuke consists of muscular sports anime characters who are exceptionally talented and skilled at their game. It is one of the best sports anime that I’ve ever watched which never fails to inspire me. Everyone should definitely check out this gem of an anime at least once in their lives.

Probably the most popular right now, Haikyu!! is an inspirational sports anime about volleyball. It is definitely one of the best male sports anime that I’ve ever watched. It narrates the story of junior high school student, Shoyo Hinata who dreams of being a volleyball champion after catching a glimpse of Karasuno High bringing the National Cup home, on television. Although being inexperienced and having a height disadvantage, Hinata has an impressive vertical jump. He soon gets accepted into Karasuno and starts training with their official team, forming a friendly rivalry with Tobio Kageyama, the school’s prodigal setter.

Haikyu!! Has garnered massive amounts of popularity since it came out. In fact, at one point, volleyball anime was synonymous with Haikyu!!. This is definitely one of the best sports anime with an athlete protagonist and I would recommend everyone watch it because frankly, it’s amazing.

Free! is a sports anime about swimming. It is set in the fictional town of Iwatobi in Japan and narrates the story of a high school student named Haruka Nanase, who is a gifted swimmer. After coming across his childhood rival Rin Matsuoka from Samezuka Academy, he and his friends decide to bring back Iwatobi High School’s swim team. As the team prepares for tournaments, the relationship between Haruka and Rin is put to the test owing to Rin’s setbacks in improvement. However, during the prefectural tournament, the boys’ friendship is revived.

Free! is a sports anime that has characters with the best physique. I loved watching this anime as I was also into swimming back when I was a kid. I would definitely recommend everyone watch this series because truly it is one of the bests out there.

Sk8 the Infinity is an offbeat sports anime about skateboarding. It has some of the most popular sports anime characters like Langa and Reiki who meet through a chance encounter. Reiki is passionate about skateboarding and passes on his love for the sport to Langa after the former watches the latter battle it out at “S” a free-boarding race competition. The two boys form a solid friendship that occurs as a result of their love for skateboarding and Reiki teaching Langa how to board.

SK8 the Infinity is one of my favorites of all time. Being someone who is into this particular sport, I thoroughly enjoyed it and fell in love with the characters along the way. I will definitely recommend this sports anime to everyone, especially those who love skateboarding just as I do.

Hajime no Ippo is a sports anime that centers around boxing as its main theme.  It narrates the story of Ippo Makunouchi, a timid and introverted high school student with no friends. Due to this, he was often a victim of bullying and after one especially bad beating, he was rescued by a middleweight professional boxer who took him to Kamogawa Gym and thus began Ippo’s journey towards becoming one of the best boxers of Japan.

The best part about this anime is that it focuses heavily on character development and that plays a major role in making this sports anime one of the best that ever was. Ippo is a humble and down to earth person who tries to learn from his opponents and this quality itself is what carries him towards the path of success. I love this anime from the core of my heart and will suggest everyone to check it out at least once.

This soccer anime is based on a video game of the same name. It narrates the story of Endou Mamoru who is a passionate goalkeeper at Raimon Jr. High, with six other players in the team. However, his team faces the threat of disbandment if they cannot win a match against a rival team, the Tenkaku Gakuen. Endou wholeheartedly tries to save his team by employing more players and training hard to win the match.

This is definitely one of the classic sports anime that won the hearts of many fans across the globe. One of my favorites and probably the first sports anime that I’ve ever watched, Inazuma Eleven really takes the cake when it comes to a series with a great plot and characters. You should definitely check it out as it is thrilling and will fill you with adrenaline.

Slam Dunk is another sports anime about basketball and probably the best one yet in this particular genre. It narrates the tale of Hanamichi Sakuragi, a delinquent and leader of a street gang. However, he is not good with the ladies because of his scary appearance and is taken aback when he meets Haruko Akagi, a girl not intimidated by him. Haruko, noticing his athleticism introduces him to the Shohoku basketball team. Although skeptical at first, Sakuragi ends up joining the team because of his love for Haruko but ends up falling in love with the game equally.

Slam Dunk is definitely my top sports anime ever. I instantly fell in love with it the first time I watched it and I would love to share my passion for this anime with everyone. Therefore, I want everyone reading this article to check it out because I’m sure somewhere down the line, you’d come to love it as much as I do too.

Sports and athletics are popular genres in anime and have been so for a long time now. With classics like Captain Tsubasa, Slam Dunk, Inazuma Eleven, etc. it has come a long way with series like Haikyu!!, Kuroko no Basuke, Free! etc. receiving a lot of attention these days. Sports anime has also contributed massively in inducing the love and interest in sports for a lot of anime fans who were not into it previously. I for sure am one of those people.

Which is your favorite sports anime of all time? Let us know in the comments!