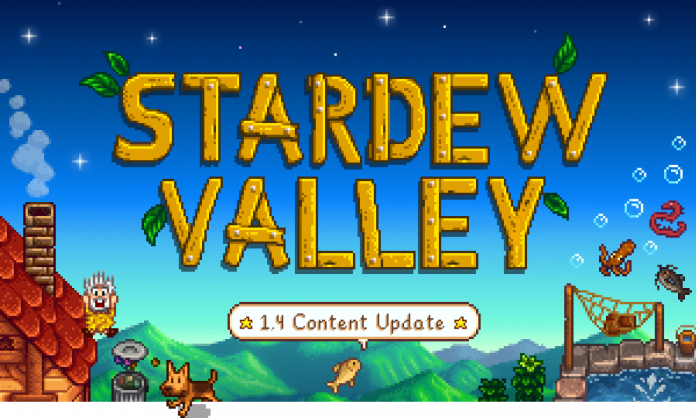 Stardew Valley is a highly recommended and successful game and has accomplished the highest ratings on platforms like Steam(10/10), Google play store(4.8/5), and Amazon.in(4.5/5). Now as the hype of such games are high due to the lockdown, many of you have asked many questions related to it and wanted to know how Stardew valley performed when pitted against some of the other huge titles like Animal Crossing.

So here it is the complete guide to all your questions related to these widely popular titles.

What is a stardew valley?

Stardew Valley is a life simulation role-playing video game developed by Eric Barone popularly known as ConcernedApe. It was released by ConcernedApe and Chucklefish in the midst of  2016 and 2019 for Microsoft Windows with ports later being released for macOS, Linux, PlayStation 4, Xbox One, Nintendo Switch, PlayStation Vita, iOS, and Android.

Stardew Valley is a game where you play as the character who has acquired his grandfather’s dilapidated farm. The game is very open-ended thus it allows the players to take on several activities such as thriving crops, raising farm animals, preparing goods, mining for ores, selling produce, and mingling with the townsfolk, including marriage and having children. It also allows up to three other players to play together online as it Supports both single as well multiplayer mode.

What is Animal Crossing?

The Animal Crossing is a 5 to 6 game series.

Animal Crossing is a video game series that practically is a life simulation in which the character plays the role of a mayor accidentally, in a town full of anthropomorphic animals (Animals with human-like traits and emotions.).

This video game franchise is acquired and operated by the gaming goliath, Nintendo. The Animal Crossing’s most popular variant New Leaf was developed and promoted for the Nintendo 3Ds console, first in Japan in 2012 and then in North America, Europe, and Australia in the year 2013.

Animal Crossing (New leaf)  is the fourth title to a very successful video game series and our reference point for the Stardew valley vs Animal Crossing matchup.  Following its predecessors, this game revolves around an anthropomorphic animal world but this time the human is mistaken as the new mayor and is appointed to the post.

Now his duties are to run the village activities and to make it a better place to live in with the help of an assistant.

Whereas when it comes to the backstory of the main character in Stardew Valley is that he comes to the town to take over the farm of his dead Grandfather to rebuild and start its function while socializing with all the other town members.

There are some similarities when it comes to The comparison of Stardew Valley vs Animal Crossing.

Activities like fishing, buying and selling produce, socializing with town members are somewhat cut from the same cloth.

The fact that both of the games have the same two genres related to them which are Life simulation and Roleplaying is one of the other similarities between the two.

The gameplay is very unique in both the games Animal Crossing provides you with a plethora of well designed animal-like characters but with only 8 types of mood and emotional personality which will lead to hearing of the same dialogues from two different types of Animals.

When it comes to Stardew Valley the characters are kept limited and as humans. Each of the characters has their own personal backstory, name, and Dialogues.

Though the graphics are better looking in Animal Crossing the fact that there are animals in it makes it childish after some time whereas Stardew Valley with its decent design is more eye-pleasing and mature.

The time which is set in both of the games are different as Animal Crossing is based on real-time and uses the Nintendo 3DSs clock to change time but in Stardew Valley the 10 minutes of the game is like 7 secs for the real world which is a faster and better way when it comes to fast character development.

Another great thing in Stardew Valley is that you can Ask out and get married in this game. The main character can also raise a family with a kid which is not possible in Animal Crossing.

Stardew Valley is a life simulation role-playing video game developed by Eric Barone popularly known as ConcernedApe. It was released by ConcernedApe and Chucklefish for all the platforms like Microsoft Windows and Android, iOS devices starting from 2016 to 2019.

It was later released for Linux and Nintendo devices.

Animal Crossing( New leaf) was produced by Katsuya Eguchi and was directed by the two great directors Isao Moro and Aya Kyagoku.

In the fight of Stardew Valley vs Animal Crossing, I have personally fallen for the simplicity of Stardew Valley as it is not only highly acclaimed but the fact that it offers so many activities in a very simple and easy to use form factor.

It is very easy to get hooked to this game as there are many things to accomplish. Players can grow a variety of fruits and vegetables, opt for fishing, make friends, and can run a very successful Farmland with lots of farm animals in it.

The mechanism of the game allows you to use the time and money of the game extremely well.

I highly recommend this game if you are looking for something light yet amazing life simulation to start with.

As we are discussing Stardew Valley vs Animal Crossing then I would go along with my initial review in which I mentioned that If you are a fan of life simulation video games then Animal Crossing is a great game for you.

A game with which is well suitable and is acceptable by its players with its cons which is quite impressive to be very honest.

The intenser you go the better this game gets. The other aspects like visiting and exploring other towns and to share snapshots of the game on the social media platforms is an added bonus.

The addition of the new characters in the game as mentioned above is a very smart move by the developers as it breaks the continuity while keeping the essence of the original game itself.

The final verdict, is Stardew valley similar to Animal Crossing?

The concept of less is more perfectly applied to this situation when we compare both of these games, as Stardew Valley is superior to Animal Crossing in many aspects irrespective of the fact that it has fewer characters.

10 Ways for Faxing Online to Have A Better Life