Vegeta is one of those characters in the Dragon Ball saga which has a divided fanbase, on one hand, Vegeta fans have demanded a huge push for him and on the other hand, Dragon Ball fans say that it is unfair to always pair Vegeta alongside Goku in terms of power. Both cases have resulted in most of the popular dragon ball super memes being based on the Super Saiyan God Vegeta.

Dragon Ball fans did not spare the opportunity and came up with some really hilarious Super Saiyan God Vegeta memes trolling the prince of Saiyans. 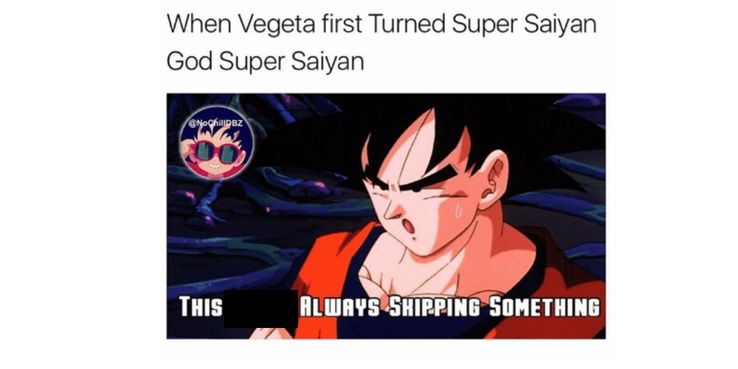 Fans did get to see Vegeta Super Saiyan God Red fight against the legendary Saiyan Broly in the recent movie installment. However, the form was not even relevant any longer.

I Am a God too, Kakarot 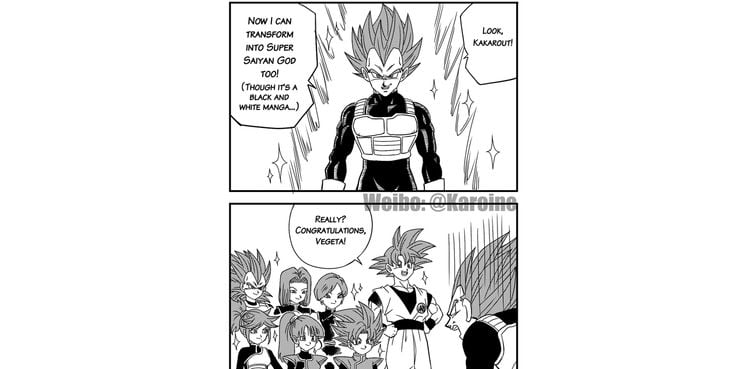 This meme created by artist Karoine is a sarcastic taunt to the prince of all Saiyans, saying that no matter what Vegeta will always be one step behind Goku.

The meme is really funny because we can only imagine the look on our beloved Vegeta Sama’s face when he sees so many characters achieve a form that he trained so hard for. I can bet he must’ve been even more shocked than the time when trunks transformed into super Saiyan in front of Vegeta. 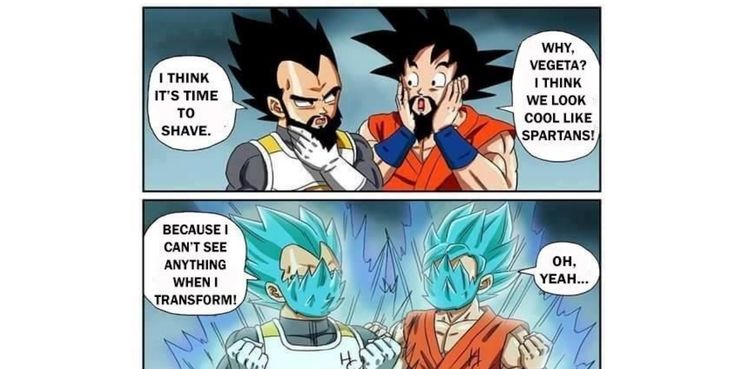 As a Dragon Ball fan seeing our two beloved characters with a beard was always an enticing idea, however, when the two strongest Saiyans of Earth sported their newly grown beard we could not help but burst out laughing.

And of course, the internet never fails, this particular meme of Goku and Vegeta’s beard transforming into SSJB is just too funny. It covers their entire face leaving the protectors of the earth completely blind. Let us hope our Earth protectors always remember to clean shave before entering into a battle. 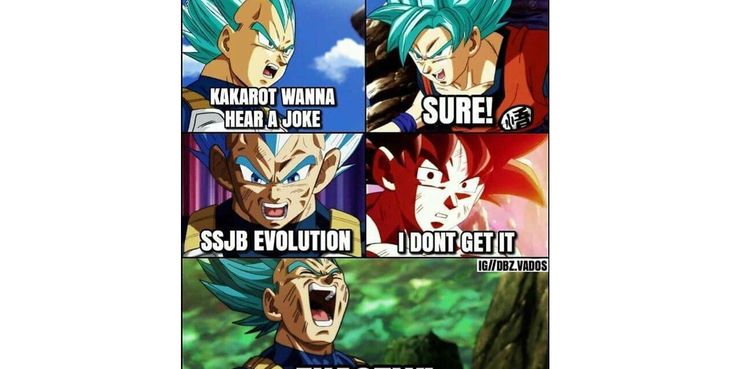 Fans of Vegeta finally got to see the Saiyan Prince one-up his forever nemesis Kakarot when he unleased a new SSJB form the SSJB evolution in the Dragon Ball Super Tournament of Power series. The fan theories that Vegeta would be the last man standing in the Tournament of Power began trending.

However, Vegeta Sama’s time in the limelight was short-lived as Goku came up with the much more cooler Ultra Instinct form. It is almost like Vegeta telling Goku: I am finally better than you Kakarot. To which Goku replies: Hold my beer. 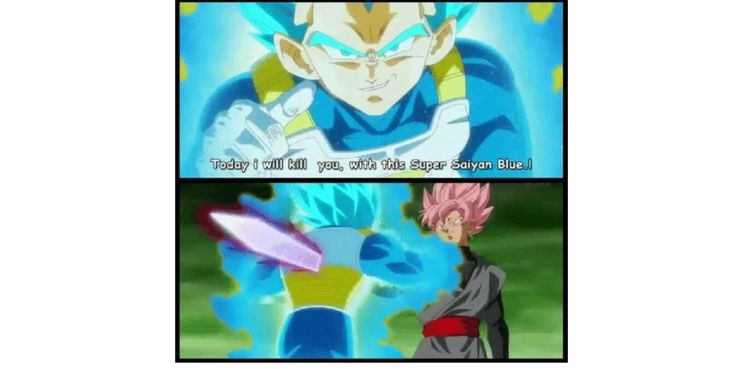 Vegeta is the best example of so close yet so far. Toei Animations always breaks the hearts of Vegeta fans as he always ends up getting humbled by his enemies after talking up a big game.

When the Saiyan Prince went one on one with Goku Black, fans finally thought that they will get to see the Confident and Cocky Saiyan beat the living hell out of Goku Black. But poor old Vegeta ended up with a hole in his chest.

It is an emotional and tuff moment however this meme was just too funny to resist. If anything I feel it makes us fall more in love with Vegeta’s character. 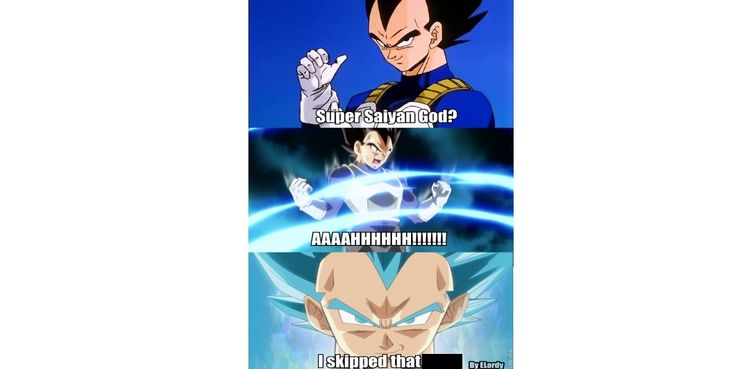 This is another meme that shows how Bulma’s eye candy always skips a step and moves onto the latest Super Saiyan transformation. It keeps us fans wondering if the prince of all Saiyans can actually transform into Super Saiyan 3, will we ever see a Vegeta Super Saiyan 3 transformation. One thing is for sure Toei Animations certainly knows how to keep its fans left wanting for more, are they doing it intentionally or are they just teasing us fans? Whatever the case, Dragon Ball fans love to see the prince of Saiyans skip his way to the top.

Strike the T-pose for us Vegeta 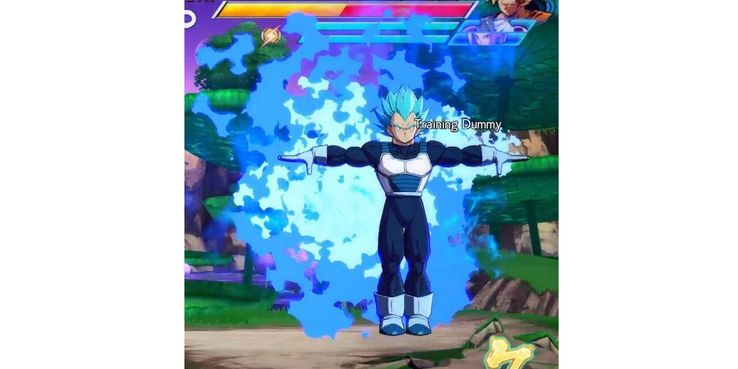 This meme is for those who have played the Dragon Ball video game in 3D, if you haven’t I doubt you will get the joke. However, for those who are familiar with the T-pose, I am sure you will burst out laughing. Whether you know it from the Dragon Ball Z series or now, one thing is for sure just seeing Badass Vegeta striking this pose is too funny to handle.

The latest introduction in the stab squad is? 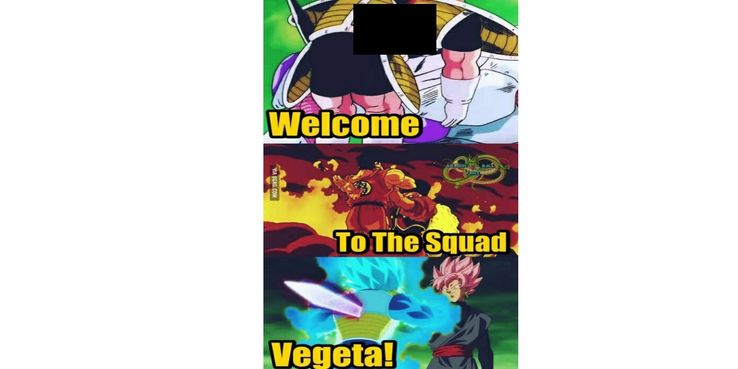 Remember Krillin being stabbed through the chest in the Frieza Saga, Yamcha being stabbed in the chest in the Android Saga. You know it is bad when a character in the Dragon Ball universe is stabbed through the chest. Vegeta also faced the same fate in his battle with Goku Black, however being the badass prince of all Saiyans, Vegeta did not go down so easily and went on to fight back against Goku Black aka Zamasu. 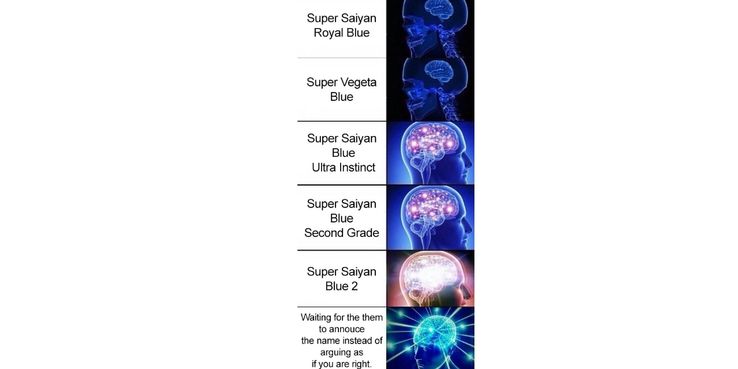 It is often the case with Dragon Ball fans, as soon as a leaked photo goes viral showing a new Saiyan transformation, fans come up with various theories and names for the new transformation. This meme straight away targets that set of Dragon Ball Fans. At first, it was fun but eventually, fans started getting annoyed and urged these so-called “Dragon Ball Theorists” to wait for the official name to be revealed. Funnily enough, before Goku’s latest form got the name Ultra Instinct, fans were lead to believe that the new form would actually be called Goku: Super Saiyan God White. 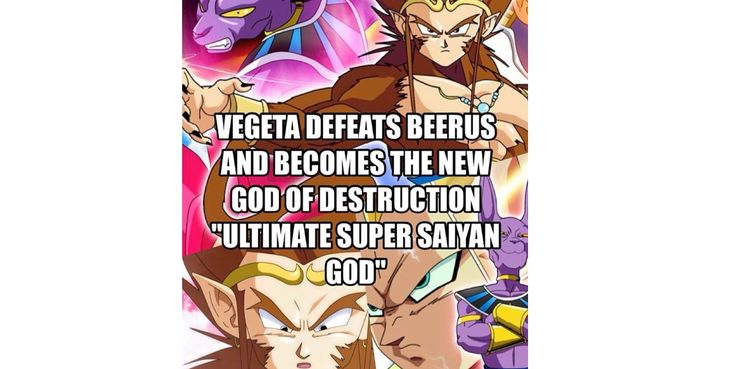 Another meme in this lot which takes a jive at all those fan-made Dragon Ball Series, with their totally crazy plots, fights, and transformations. In one fan-made series, the Prince of all Saiyans goes head to head with Beerus Sama and defeats him for and claims the title of the new god of destruction. I must say though this transformation of Vegeta actually looks brilliant, however, with the plot, it is just too hilarious.

And with that I sum up my list of the best Dragon Ball memes, if you think you can do better, I have written an article on how to create memes, check it out, perhaps you might make it to this list next.

Safdarali Rizvi
Safdarali Rizvi the management graduate. Has been an avid book reader all his life so naturally loves playing with his words. His curiosity for discovering futuristic opportunities drives him to enlighten the entire Geekymint team with exclusive and intriguing news. He has a real passion for calisthenics and sports. His management abilities and hunger for learning brings tremendous value to our team.
Previous articleOven Symbol: Every symbol and function in an oven explained in detail
Next article5 of the Best firestick remote cover

Modbro was one of the growing movies and live tv streaming sites with free unlimited content. Mobdro had its app on the...
Read more
Apps

Movies and tv shows have entertained people since the 1960s. Earlier to that people used to go to fair and circus to...
Read more
Apps

Vudu is a streaming service that originated out of a video retail store owned by Fandango Media in the US. The company...
Read more
Apps

Teatv was known for its latest free movies and tv shows where its users could download and watch later. The website and...
Read more

Are you an average gamer?  Or you don’t know what twitch is?  Want to learn more...
Read more

FirstOneTV is one of the most searched websites for streaming the latest movies and TV series online for free. The official site of FirstOne...
Read more

Everything you need to know about Vulkan RunTime Libraries

Vulkan Runtime Libraries is present on your computer and you must have come across it several times especially if you are a gamer. You...
Read more

About Reddit Reddit is said to be the most famous platform on the internet to find out what's happening around the world. It keeps up...
Read more