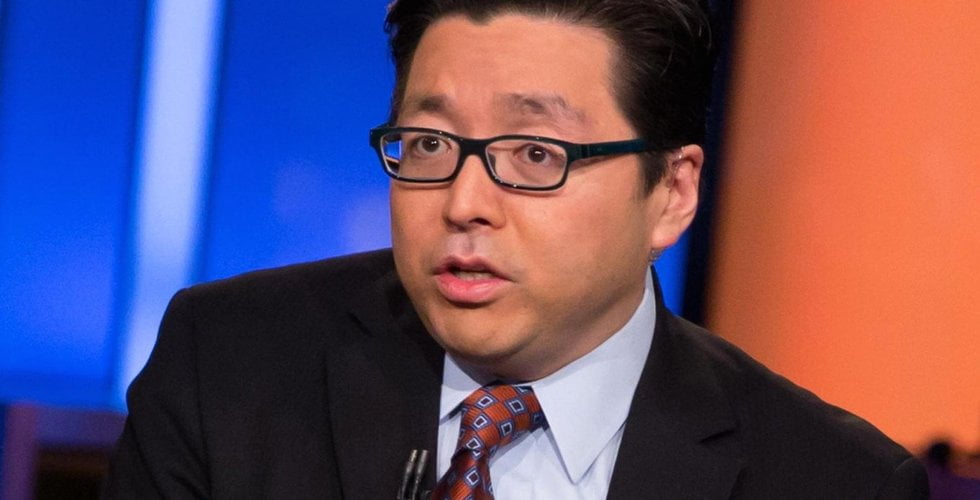 Given the fact that analysts have previously considered Tom Lee’s predictions as a Bearish signal, he once again appeared on CNBC today (6th July)for discussing his views and takes on the future of Bitcoin market.

Prior to him claiming earlier this morning that he is of the opinion that Bitcoin could hit the $20k mark by 2018, he came back just a few hours later to boldly claim that Bitcoin would most probably reach the $22k level mark.

All and all in order to not repudiate himself, fundamentally an estimation of $25k is more than $20k, so the two expectations are “hypothetically” right and relatively compatible.

Responding to Melissa Lee’s comments regarding the reactions of the market and the widespread media coverage of the news, Tom Lee clearly mentioned that his vision should not be considered bearish by any means:

“I do believe it’s arguably the first occasion when I’ve ever heard somebody’s opinion on something that can triple is being considered as a bearish remark.”

He also added that even to his surprise the reactions were undoubtedly a bit exaggerated or rather he says that he was at fault for not clearly explaining his point of view. He also additionally went on to explain his thoughts by saying that it is likely that sooner or later the bitcoin prices will maintain a support value that is 2x higher than that of mining costs.

Tom Lee then went on to say,“ following the assessment of such prices, it is conceivable to conclude that before the end of the year, there is a reasonable chance that Bitcoin would go beyond $20K and arrive “roughly” at the $22k mark.”

One should not rule out $25K

He then went on to underline that he remains an intense adherent that his prediction of Bitcoin at $25K is absolutely correct. He also remained extremely positive at his opinion that Bitcoin would reach such a milestone by December 2018:

“We still feel Bitcoin will eventually reach $25k by December 2018, or at least close to that mark… However, it is still a huge move for where it currently stands”

When questioned asking to elaborate further about the arguments behind his prediction, Tom Lee cited the following:

In a matter of weeks Bitcoin went from $7k to $10k and historically Bitcoin has grown when compared to the price 6 months back and he also stated that in over 30% of the cases the price growth would be more than 300%.

Currently, the cost of mining one Bitcoin is more than the cost it is trading at and previously in more than 100% of the cases, Bitcoin has had a positive growth after cost one Bitcoin was lower than its mining cost.

He concluded the interview by saying that predictions don’t necessarily prove to be true, but however, Bitcoin is an investment opportunity for those individuals who believe in upcoming futuristic trends.

“Obviously, the test is that Bitcoin is very unpredictable, and it just has a history of a decade. However, in its entire history, it generally has always had a good time to purchase.”