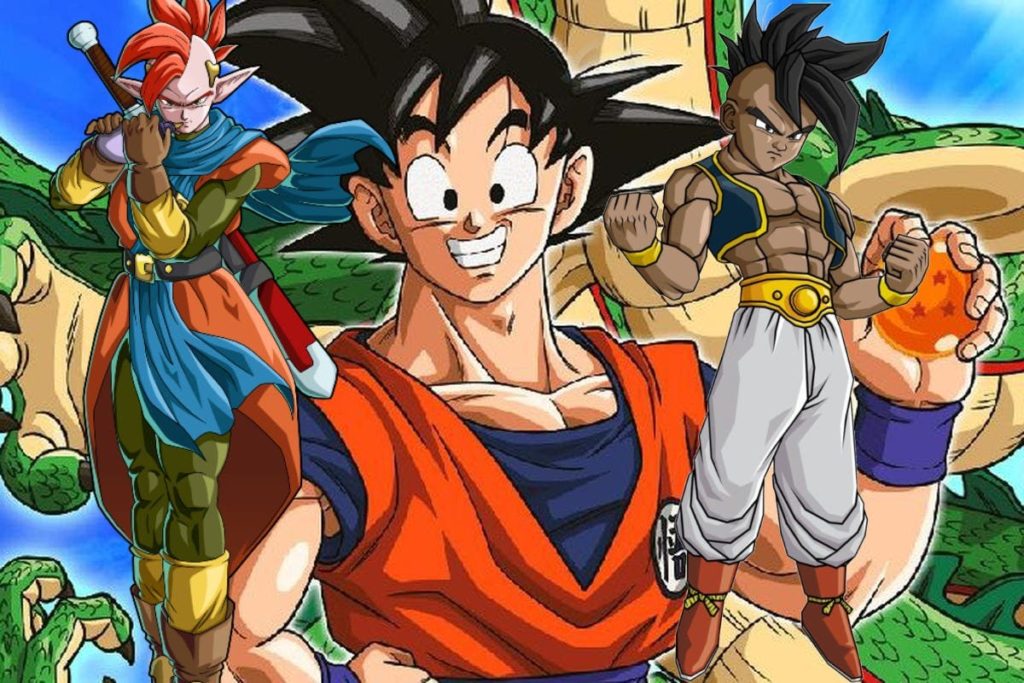 Anime lovers are always on the lookout for new and latest anime to watch. The coolest part about being an anime fanatic is that no matter how many anime you end up watching, there will always be more and something new every day. This is what keeps the world of Japanese animated entertainment so vibrant and colorful. And these days, with the creation of more and more anime studios, the production of new shows has also been consistent. And increasing releases also create an increase in demand. And I believe these anime studios have been doing a great job in keeping up with the demand and supply chain!

That being said, the year 2021 saw a number of new releases throughout the year. Despite the COVID-19 pandemic, and production houses suffering major losses due to it, the flow of release of new content in the market, hasn’t faltered. In fact, a lot of releases that were delayed and postponed due to the pandemic being at its pinnacle in 2020, came out this year. And 2022 has so many new titles lined up that we are seriously at a loss for what to watch!

Let us take a look at some of the most sought-after upcoming anime of 2022 that is set to release next year!

Overview: This upcoming anime of 2022 is set to release in the month of January next year. This BL anime drama will revolve around the cliché trope of bad-boy high-school senior Miyano meeting shy and awkward junior Sasaki and one of them falling head-over-heels in love with the other. Although Miyano claims to be an expert in boys’ love mangas and anime, he doesn’t realize that he is in one similar story himself! Will he be able to come into terms with his own feelings with Sasaki’s help and create his own happily ever after?

Our thoughts: Being a BL drama fan myself I’m sincerely rooting for this high-school romantic fluff upcoming anime of 2022. The manga was pretty decent and up to the mark so let’s see whether the anime would be able to live up to its reputation or not.

Overview: Probably the most hyped anime set to release in 2022, this much anticipated season for one of the most rooted series of the 21st century will come back for closure on January 9 of next year.

Attack on Titan Season 4 Part 2 will take up from where Season 2 Part 1 left off this year. Produced by MAPPA, the series will continue with the release of episode 76 in January of next year with more details in the story being unraveled. What will happen to Eren Jaeger, Mikasa Ackermann, and company? To find out, stay tuned for the latest season of this upcoming anime in 2022!

Our thoughts: I started watching the series this year itself and I definitely cannot wait for the last part to finally arrive. As we all bite our nails from anticipation, the final part of Season 4 will give us the closure that we crave, with the final straw on the fate of Eren Jaegar and the Titans being drawn. You can watch the series on Crunchyroll and Funimation.

Overview: This much sought-after rom-com is coming back for a season 3 in April 2022! This season will be aptly titled Kaguya-Sama Love is War: Ultra Romantic. The official synopsis of the season hasn’t been revealed yet, although we are hoping that it will be dropped sometime soon in the future.

Our thoughts: As a fan of the series, I definitely cannot wait for the new season to be released. I have been a fan since the first season dropped and I can’t wait to see what the new season has in store for us.

Overview: This upcoming football anime of 2022 narrates the story of third-year middle-school student Ashito Aoi. A talented football player, he meets a ‘J Youth League’ coach Tatsuya Fukuda by the chance of fate who realizes Aoi’s potential and invites him to try out for his team in Tokyo. But what does the future hold for this young boy? Whatever happens, will surely revolutionize football in Japan forever.

Our thoughts: Being a hardcore fan of football it would be unfair to say that I am not rooting for this anime. I have watched a lot of football anime to date, and I can’t wait to see what this one has in store for us. Will it be good? Will it be just average or will it be bad? We don’t know yet. But we can definitely hope for the best!

Overview: The well-known gambling anime is returning for a spin-off adaptation with this season of the anime. However, this new adaptation will narrate the story of the ambitious first-year student of the prestigious Kyakkou Private Academy, Mary Saotome. She is really goal-oriented and is sure that her future is set for a one-way trip to the top.

But what happens when she is introduced to the world of gambling by an old student? Will a normal girl like her make friends and survive in this elite institution debtless only by the sheer force of luck? If you want to find out, you definitely need to watch the second season of the top-tier series Kakegurui!

Our thoughts: I had loved watching Yumeko Jabami making her way to the top through her skills in gambling in the last series and needless, to say, I cannot wait to see what this spin-off season holds for us. Will Mary Saotome be able to live up to the reputation of her predecessor? That is the biggest question that needs to be answered in this season.

Where to watch: Netflix

Call of the Night

Overview:  Ko loves taking walks outside on nights when sleep is hard to come. On one such detour, he meets the flirtatious Nazuna who invites him to spend the night with him in a dilapidated building. Being the hormonal young adult that he is, being invited by ab beautiful girl to spend the night is seriously a major achievement. But the next morning Ko wakes up with kisses on his neck but with a little too much biting. Is Nazuna trying to give him love-bites or is she trying to do something else altogether?

When a cute girl from Ko’s past shows up again who tries to draw his attention, his budding romantic relationship with the vampire girl Nazuna is put to the test! Will Ko be able to come to terms with his latent feelings for her?

Our thoughts: I am seriously eager to watch this harem anime although I am typically not really into that genre. However, this particular plot sounds pretty interesting so might as well give it a try! I had taken a liking to the first season so let’s see if this season lives up to that.

Overview: This fantasy anime series is coming back for a hard-hitting second season! Although an official summary is yet to be released, the latest adaptation was confirmed by the anime’s official website.

If you have watched the first season, you’d know that the series revolves around the character Fushi, who is emotionless but gradually develops a personality and sense of self as a result of slowly interacting with humans, both young and old. Yoshitoki Oima who is also the mangaka of the award-winning light novel, A Silent Voice was inspired by the death of her own grandmother to write this hard-hitting story.

Our thoughts: As a fan of Oima’s works and a fan of the first season of To Your Eternity, I am definitely vouching for this upcoming anime of 2022. The first series was a real tear-jerker and I can’t wait to see whether the second season will leave me just as emotional!

Overview: Adapted from the popular work of worldwide horror phenomenon Junji Ito, Uzumaki centers around the small, quaint, and rather an obscure village Kurouzu-cho that has been plagued by the strange curse of spirals. The main protagonists are Kirie Goshima and her boyfriend Shuichi Saito, the latter of who claims that their village is being by something non-human and rather abstract.

This four-episode mini-series is a real-life animation of the manga panels and will premiere on Toonami.

Our thoughts: Being a horror fanatic, I have binged through Junji Ito’s works nights and nights. And Uzumaki definitely remains to me as one of his most cherished works to date. Needless to say, I cannot wait for one of the most awaited anime releases of 2022 to come to the screens!

Where to watch: Toonami

Release date: Originally set for a January 2022 release, however, due to the recent hack on Toei Animation Studio the release date has been pushed further

Overview: The latest adaptation of the new Dragon Ball Super movie was announced on Goku Day, an officially recognized day in Japan. This movie is set to release during the winter of 2022 and will be the second film for the series, with the first movie being Dragon Ball Super: Broly. The official title and synopsis are due to be released sometime in the future. Till then we can only wait eagerly for the latest movie of this legendary series to come out!

Our thoughts: As a fan of the original Dragon Ball series, this movie definitely epitomizes the series as a cult and gives all Dragon Ball fans something to look forward to. We definitely cannot wait to know more deets on the movie and watch it when it finally premiers.

Overview: This is a compilation film of the original Fruits Basket series that will also contain a prelude story regarding Tohru’s parents, Kyoko and Katsuya, some of the main characters in the series. The official Twitter account of the anime series recently confirmed the latest movie adaptation in a video expressing gratitude.

Our thoughts: If you were enticed by the original Fruits Basket series, you most likely cannot wait for this new movie to release. And I feel you because as a lover of the Fruits Basket anime series, I definitely want to watch this movie ASAP!

The 15th film installment from the One Piece universe is arguably the most awaited anime film of the year. Fans have already been awe-struck by the events of the ongoing Wano Arc which has increased their expectations from Toei Animation Studio to deliver their best work to date in the One Piece: Red movie.

Produced by Toei Animation and directed by Gorō Taniguchi, Red will finally see Agakami No Shanks in action, Is he set to team up with Luffy or go against Luffy is yet to be determined, but one thing is for sure our favorite Yonko is finally set to make his much-anticipated move for the first time since he stopped the battle at MarineFord.

So, as we can see, 2022 definitely has some great titles lined up for us to watch. And this is not all. There are so many other upcoming anime for 2022 that are finally set to get their official releases next year. And as hardcore fans of anime, we definitely cannot wait for these anime series and movies to premiere. They definitely do give us something to look forward to even in the midst of the turmoil due to the worldwide pandemic.

So, which anime release are you the most elated about? Let us know in the comments!